Which French clubs will join Racing 92 and La Rochelle in the round of 16? The Stade Français, Clermont, Montpellier must seek their qualification this weekend, during the 4th day... 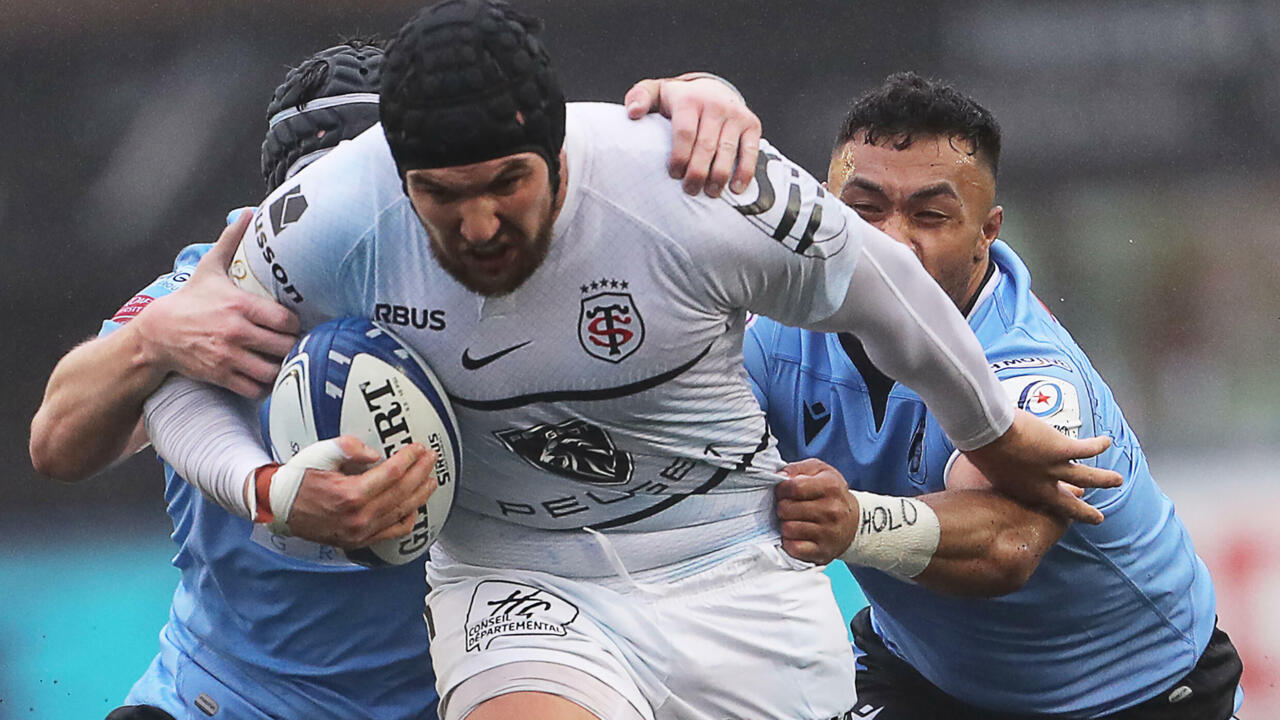 The first eight of the two pools of twelve teams will qualify for the round of 16, played in home and away matches in April.

Clermont has never won in Ulster.

It is therefore a sacred challenge which awaits the Auvergnats, seventh in their pool.

"We are expecting a big fight, a big challenge. It's worth a good big test for us. If we could give them back their own coin ...", also launched the pillar Etienne Falgoux in the week, promising not to make calculations, even if the ASM can qualify in the event of defeat according to the results of their rivals.

Clermont center Damian Penaud tries to escape Ulster's one-day tackle, during the 1st day of Group A of the European Cup, on December 11, 2021 at the Stade Marcel-Michelin THIERRY ZOCCOLAN AFP / Archives

Statistically, however, ASM has won its last four European trips.

Already qualified for the round of 16, Racing 92 and La Rochelle are not going to rest on their laurels because there is an eighth at home to go.

For that, you have to finish in the top four of your group.

With fourteen points, before receiving Northampton (45-14 victory), the Sky and White are in favorable tie.

La Rochelle, traveling to Glasgow, will have more work: on the way out, the Scottish Warriors had caused a lot of trouble for the Maritimes in lack of inspiration (20-13).

Racing 92 flanker, Wenceslas Lauret, congratulated by his teammates, after his scored try on the field of Northampton, during the 1st day of group A of the European Cup, December 10, 2021 DARREN STAPLES AFP / Archives

Montpellier is in a paradoxical situation: a week after its historic setback at Leinster (89-7), the MHR is still in the race for a qualification in the eighth.

The Héraultais however lost their other disputed match, concluded by another heavy defeat on the ground of Exeter (42-6).

Yes, but due to the pandemic, Philippe Saint-André's men offered themselves a victory on the green carpet against the Irish (28-0), which allows them to believe it against the Chiefs.

With two points, Stade Français will also have to pull off a feat when they host Connacht, their first match in the European Cup at home since 2016.