The COVID-19 pandemic has killed large numbers of adults in the United States in two years, but the rapid spread of Omicron has led to children being infected and hospitalized, while anti-vaccination misinformation makes them more vulnerable. 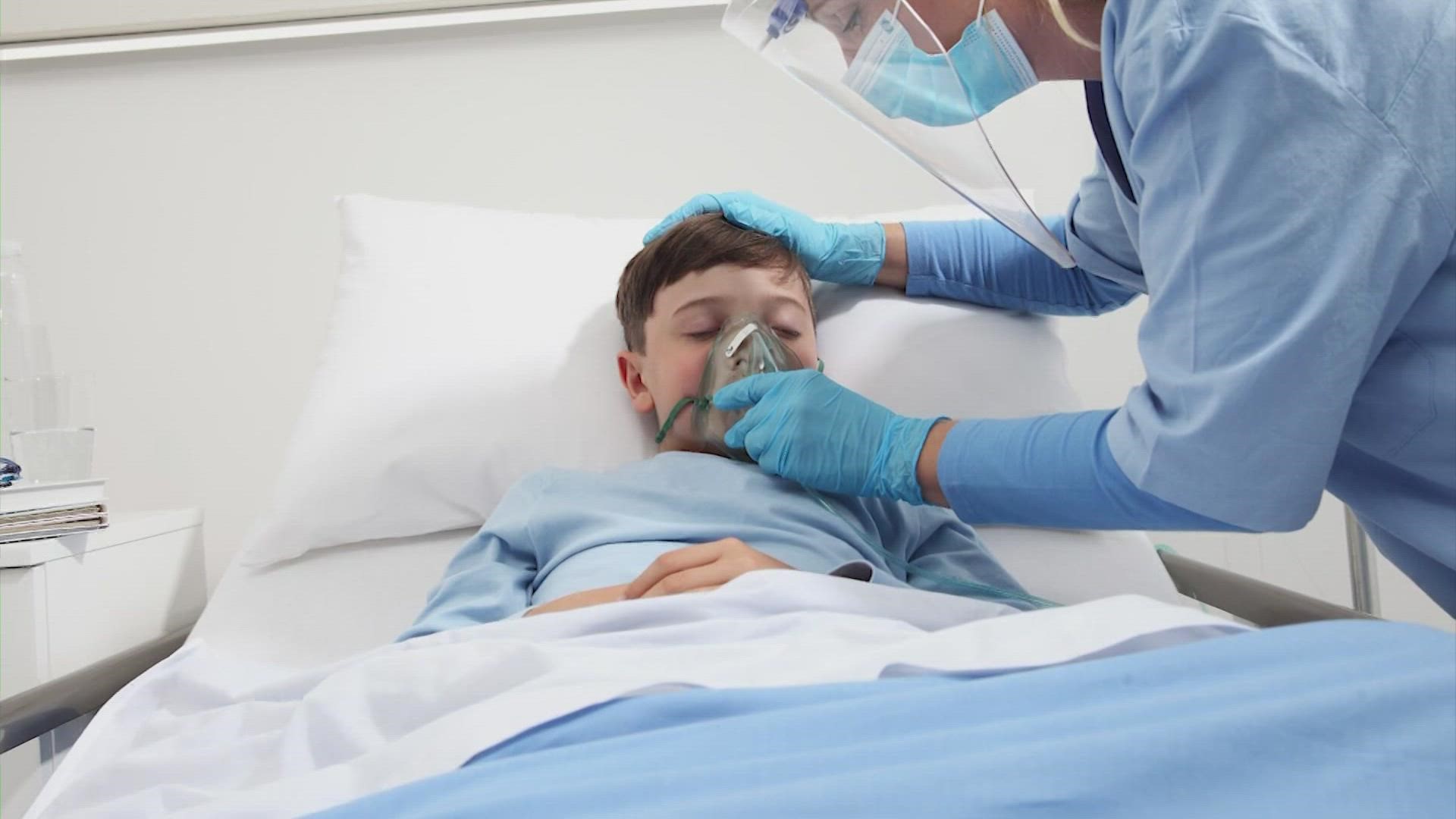 The COVID-19 pandemic has killed large numbers of adults in the United States in two years, but the rapid spread of Omicron has led to children being infected and hospitalized, while anti-vaccination misinformation puts them at greater risk.

The risk of young children dying from COVID-19 remains low.

The vaccine reduces the risk of serious symptoms of the disease, and immunized mothers may pass protection on to their children, but reluctance to receive the vaccine due to rumors on the Internet leaves both parents and children vulnerable.

Dr. Wassim Ballan of Phoenix Children's Hospital said fighting misinformation has become part of his job, from concerns that vaccines were produced too quickly to false claims that they could affect future fertility.

“Unfortunately, many times we are allowed to discuss these matters with the family after the child has been taken to the hospital,” the doctor explained.

Parents need to realize that vaccines are the "most important tool for protection", especially to avoid multisystem inflammatory syndrome in children, a rare and serious complication that can follow a mild infection with Covid.

Only 27% of children ages 5 to 11 received the first dose of the vaccine in the United States.

Hospitalizations reached a high epidemiological level of 914 children per day during this January, a significant increase from the previous peak of 342 in September 2021.

Babies are too young to get a vaccine against Covid-19, but Catherine Gray, a maternal-fetal medicine physician at Brigham and Women's Hospital, said research is increasingly showing that vaccination during pregnancy leads to the safe transfer of antibodies to the baby, providing It has some protection.

But the exclusion of expectant mothers from initial clinical trials made them reluctant to receive the vaccine.

"So far there are no worrisome signs" in the data, said Gray, who is a follower of ongoing studies, adding that she has "high confidence" to tell patients that the vaccine is safe during pregnancy for both mother and baby.

“If they really want to protect their children, vaccination is the thing that will give them the best protection right now.”

Health authorities around the world are saying the same thing, but the initial lack of data continues to be exploited in messages opposing vaccines on social media.

Posts on Facebook and Twitter have claimed that newborn deaths rose after pressure to vaccinate pregnant women, even though the lack of protection from the disease is the biggest risk.

Epidemiologists Carla DeSisto and Sasha Ellington of the US Centers for Disease Control and Prevention said data from 1.2 million births in the US showed "there is no evidence that the infant mortality rate is generally higher during a pandemic".

But their research revealed the risks involved in contracting the virus during pregnancy.

Breastfeeding has also been a target of misinformation claiming that babies suffered from rashes or died after being breastfed by a mother who received the vaccine.

The American Fetal Medicine Association recommends vaccination of breastfeeding mothers and says there is no reason to stop breastfeeding after receiving the vaccine.

Misinformation is becoming increasingly common in private Facebook groups where parents reach out to share and sell breast milk, moderators of such groups told AFP.

In one of the largest of these groups, Bethany Bristow said she was concerned about requests for "unvaccinated milk" from mothers who had not been vaccinated.

Bristow, from New York, along with her other fellow supervisors, decided to block such requests.

The rules for its group of more than 10,500 parents now state: "Declaring or ordering vaccine-free milk puts you, your children and your community at risk."

"Antibodies have been detected in the milk of immunized mothers, which means that breastfed babies may have some protection against COVID-19 if their mothers receive the vaccine," Ward said.

Gray agreed, explaining that "Breast's milk is full of antibodies depending on her previous infection and vaccinations.

These things do not pose a danger to children, they actually help protect them.

...and any concerns or unknowns about the vaccine seem to be negligible in the face of the threat posed by Covid."