The Córdoba City Council will not remove from the municipal bus shelters the posters in which a Catholic association asks to pray in front of the clinics where... 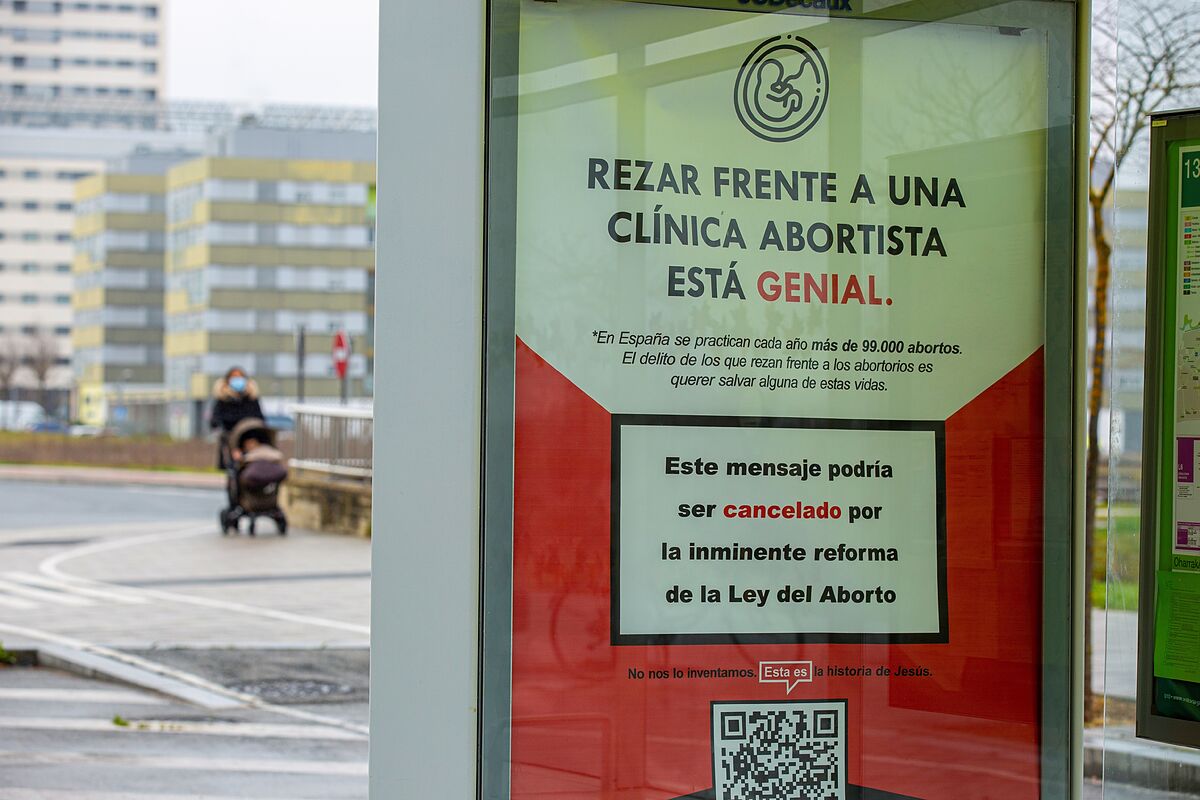 asks to pray in front of the clinics where voluntary interruptions of pregnancy are practiced.

The municipal position is based on the fact that the campaign

does not violate any

of the regulations that regulate advertising, according to sources from the government team made up of PP and Ciudadanos.

The municipal group of IU and the Federation of Neighborhood Associations of Córdoba Al-Zahara have joined the request for withdrawal formulated by the Council of the Citizen Movement.

The neighborhood entity claims in a statement that "the City Council and Aucorsa (the municipal urban transport company), as supervisors of the advertising concession of the canopies", withdraw the campaign because "it is

contrary to the free exercise

and without coercion of a law in force".

The municipal deputy spokesperson for IU, Alba Doblas, and the local head of Feminism for this political organization, Sacri Pozo, have expressed "their most absolute

at the announcements" and have held the municipal government responsible "for having allowed the use of public spaces for attack women's rights and encourage harassment of women when they exercise a legal right such as abortion".

"We understand that the City Council must exercise its surveillance work at all times, within the framework of the public interest, because in advertising not everything goes and not all advertisements are allowed," they point out in the statement, in which they request the withdrawal of the campaign . The action is promoted by Cancelados, which is defined on its website, hosted by the Catholic Association of Propagandists, as a "legion of free spirits that have come to this rarefied world to give a voice to normal people who have been canceled for saying things of common sense".

in 33 cities in Spain that since Wednesday show a "provocative message" acting as a "loudspeaker against the upcoming reforms of the abortion law and the Penal Code", according to they have on their website.

The Catholic Association of Propagandists is registered as

by the Ministry of Justice and is chaired by Alfonso Bullón de Mendoza y Gómez de Valugera, professor of Contemporary History at CEU San Pablo University. Yesterday, the company that manages the exploitation of advertising media in Murcia, JCDecaux, withdrew the campaign promoted by that anti-abortion association that encourages

praying in front of the clinics

where voluntary interruptions of pregnancy are practiced.

For his part, the mayor of Madrid, José Luis Martínez-Almeida, defended, also yesterday, maintaining advertising against abortion in the city's marquees that this Catholic association has installed because he considers that the City Council does not have the competence to judge opinion of the advertiser and believes that freedom of expression should prevail.

Politics Phenomenon Ayuso: the year of the Madrid president