The French Alizé Cornet celebrated her 32nd birthday on Saturday in Melbourne with a qualification for the round of 16 of the Australian Open, a stage also reached by Simona Halep and Aryna Sabalenka. 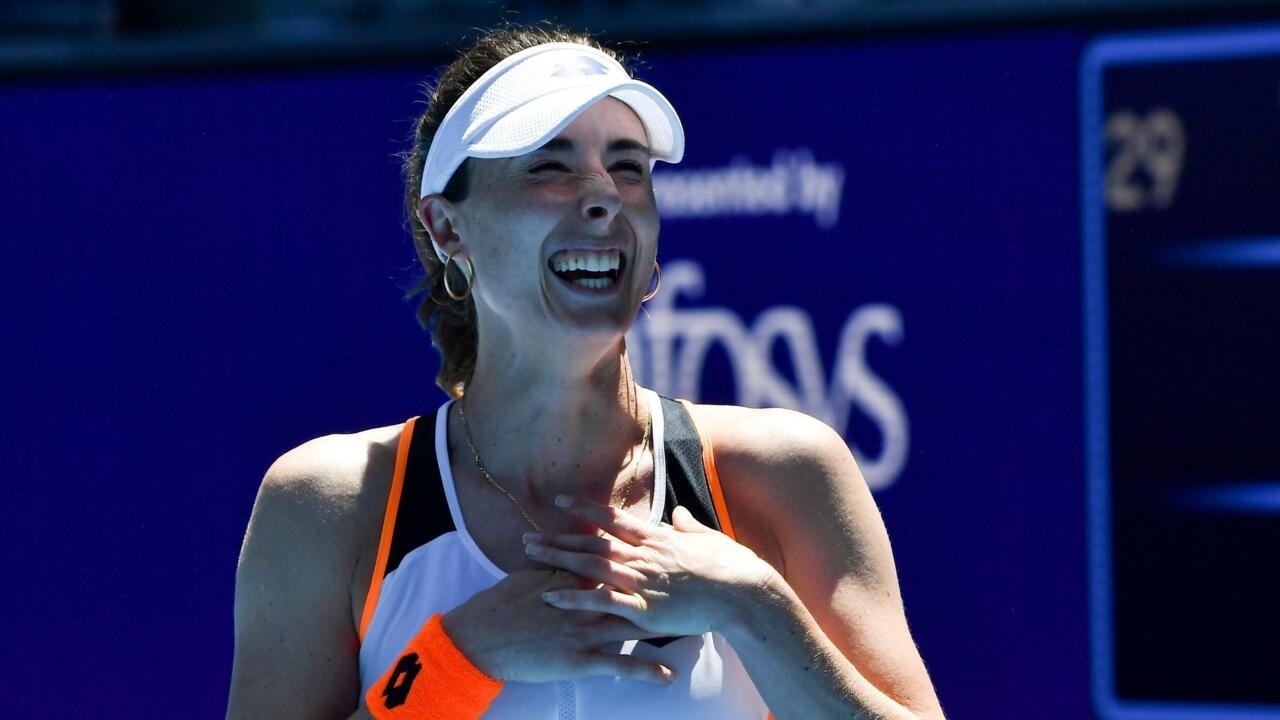 Cornet, 61st in the world, qualified at the end of her strength by turning around a compromised situation to beat the Slovenian Tamara Zidansek (29th) 4-6, 6-4, 6-2.

"It was survival! I didn't miss the heat of Melbourne," she said, beaming after her victory on her birthday.

"Happy birthday to @alizecornet teammate, reading partner, writer, tennis player and 8th runner-up at @AustralianOpen", tweeted her compatriot Caroline Garcia, to accompany a photo of the two players with President Emmanuel Macron during a reception in 2019 at the Élysée, after winning the Fed Cup.

The Frenchwoman had created a surprise in the second round by clearly dominating the Spaniard Garbine Muguruza (6-3, 6-3) but she had great difficulty confirming it: she was trailing 6-4, 4-1!

"I couldn't find a solution but I kept fighting and it's magic to have won," she admitted.

Especially since she remained on three consecutive eliminations in the 2nd round in Melbourne, where she had reached the round of 16 in 2009.

"Thirteen years after my first round of 16 at the Australian Open, I'm back!" she told the audience.

Cornet is participating in his 60th consecutive Grand Slam tournament and has reached the round of 16 in each of the four Majors, without ever managing to climb into the quarters.

For the sixth time, she will try to do so on Monday, facing the Romanian Simona Halep (15th).

At 30, she moves quietly but serenely through the painting.

"I feel very good, even if it is very hot today, confided the former world No.1. I played very well but she was a little tired."

"I have more and more confidence after a difficult year," she warned.

Eliminated in the quarterfinals last year, she reached the final of the Australian Open in 2018.

After a season truncated by repeated injuries, the double Grand Slam winner (Roland-Garros 2018 and Wimbledon 2019) is off to a good start in 2022. She won the WTA tournament in Melbourne before the Australian Open and is breaking through without trembling until then a path in the table of the Major.

The qualification was, on the other hand, again complicated for the world N.2 Aryna Sabalenka.

For the third time in as many games, the Belarusian was strongly endangered before winning 4-6, 6-3, 6-1 against the Czech Marketa Vondrousova (41st).

"I'm very happy, especially because I only committed ten double faults," she said with a smile, referring to her disastrous first two games in terms of her face-off.

In the second set in particular, when it was necessary to reverse the course of the game against the finalist of Roland-Garros 2019, she passed 73% of her first balls and won 20 of the 22 points played on her first serve.

Also qualified were American Danielle Collins (30th) and Belgian Elise Mertens (26th), who will compete for a place in the quarterfinals.