Among them may be the border problem and the Renaissance Dam.. Hemedti in Ethiopia to discuss "common issues" with Sudan

Today, Saturday, the Deputy Chairman of the Sovereign Council, Lieutenant-General Mohamed Hamdan Dagalo, known as “Hemedti,” headed to the Ethiopian capital, Addis Ababa, in the first visit of a senior official from Khartoum to the neighboring country after a year of tension between them. 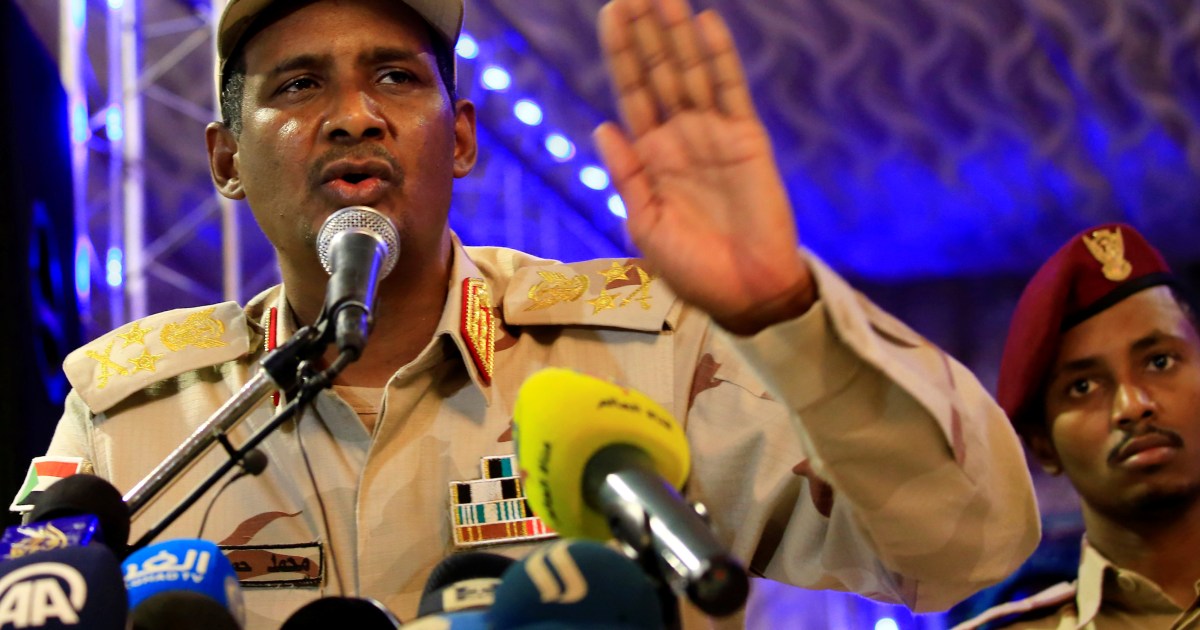 The Vice-President of the Sovereignty Council, Lieutenant-General Mohamed Hamdan Dagalo, known as "Hemedti", headed this morning, Saturday, to the Ethiopian capital, Addis Ababa, according to the official Sudanese News Agency (SUNA), in the first visit of a senior official from Khartoum to the neighboring country after a year of tension in A disputed border area.

According to a statement by Hemedti's office, the official visit will last for two days, and it will discuss bilateral relations and ways to support and develop them to serve the interests of both countries in all fields.

The crisis between the two countries escalated after Khartoum announced, in December 2020, that the Sudanese army had taken control of the entire territory of his country in the "Al-Fashqa" border area with Ethiopia.

Less than two months ago, Khartoum announced that it had lost 6 soldiers in the fertile, disputed border area of ​​Al-Fashqa, accusing the "Ethiopian army and militias" of being behind this matter.

But Addis Ababa attributed this to armed elements from the Tigray region, which it has been fighting for more than a year in a conflict that has pushed tens of thousands of Ethiopians to seek refuge in Sudan.

In contrast to the border crisis, there is the “Renaissance” dam file, as Egypt and Sudan exchange accusations with Ethiopia of being responsible for the failure of negotiations sponsored by the African Union, within a negotiating track that began about 10 years ago due to differences over the filling and operation of the dam.

The Renaissance Dam, which is supposed to become the largest hydroelectric power plant in Africa, is another source of concern for Khartoum as well as for Cairo, whose lands the river runs through and who fear a decrease in water supplies.