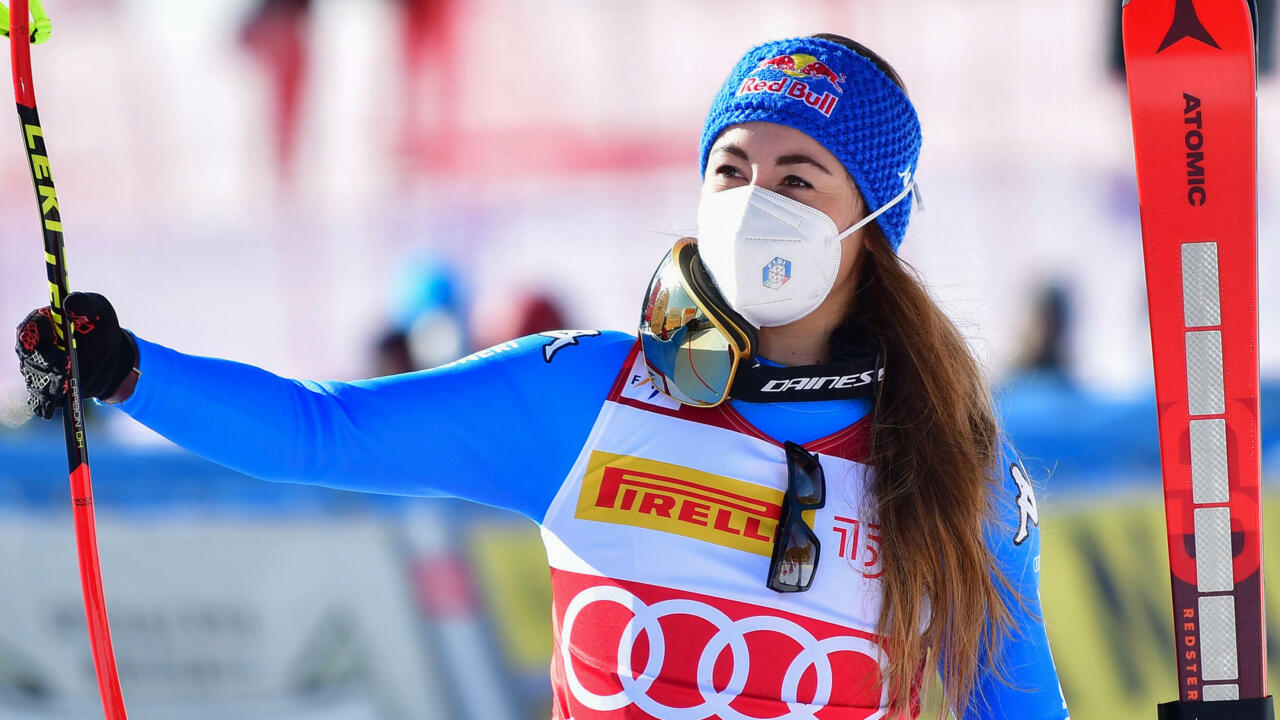 On a shortened descent due to a strong wind, the 29-year-old Italian took all the risks to win with a 20/100 lead over the Austrian Ramona Siebenhofer and 26/100 over the Czech Ester Ledecka.

"When I realized that I was first, my heart exploded! It's one of the best victories of my career for many reasons", exclaimed the Bergamasque, falling backwards with joy in the arrival area.

Despite the painful aches inherited from leaving the track at full speed in Zauchensee (Austria) - her first misstep after three victories in the first three runs - and despite the impressive gusts of wind, "SuperSofia" showed her rivals that his confidence was in good shape ahead of the Beijing Olympics (February 4-20).

Determined to shine in Cortina after missing the World Championships held in the Italian resort last year due to injury, Goggia is far from perfect.

She made several mistakes and even seemed on the verge of losing her balance or missing a gate or two at times, but made up for it with total aggression and drive to clinch that 17th World Cup victory.

"It was an incredible descent. The start on the flatter part is not my specialty. And there was such a strong wind that bent the poles... But I believed in it, I wanted to get to the finish line and immerse myself in this atmosphere with the fans who came," she told the Italian channel RAI.

This is his second victory in Cortina, four years after the first (also downhill), which announced that at the Pyeongchang Olympics a few weeks later.

While waiting for a possible new Olympic gold in Beijing, where she will be ultra-favorite, she consolidates her place as leader in the ranking of the specialty (400 pts) ahead of Siebenhofer (264 pts).

Before the Super-G on Sunday, where she will still be the favorite, Goggia (769 pts) is making up for some of her delay in the general classification of the World Cup on the first two, the American Mikaela Shiffrin (966 pts) and the Slovak Petra Vlhova (defending champion, 929 pts), who did not participate in this Italian descent.

Several other favorites were particularly hampered by the wind, sometimes strong sometimes a little less, including her compatriot Lara Gut-Behrami, victorious last week in Zauchensee and only 9th at 68/100 on Saturday.