After deadly attacks - UN and US condemn developments in Yemen

In recent days, the civil war in Yemen has escalated - Friday's bombing of a prison in Sadaa is the deadliest attack on civilians in a long time. Now the UN and the United States are appealing for the parties to reconsider. 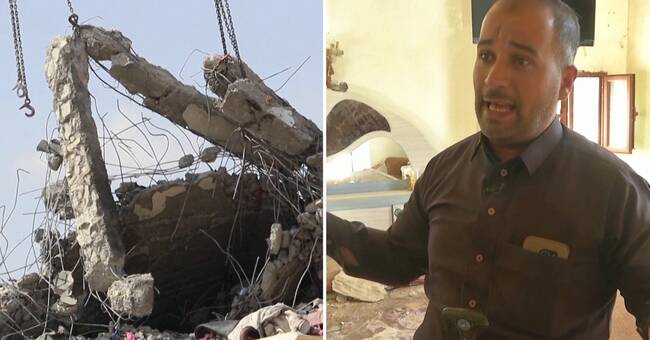 On Friday, bombs were dropped on a prison in the city of Sadaa in northwestern Yemen, where the Huthi rebels have a strong foothold.

At least 70 people are said to have died, making it the deadliest attack in a long time.

The death toll is also feared to rise.

The Saudi-led coalition has denied that the attack took place against a target that violates the Geneva Convention.

That same night, three children were killed when the west coast city of al-Hudaydah was attacked from the air.

The target must have been the Yemeni telecommunications monopoly, which is under the control of the Huthi rebels.

On Tuesday, 14 people were also killed after airstrikes in the capital Sanaa.

"We have become homeless," Ahmed al-Hashedi, whose home was hit during an airstrike, told Reuters.

The attacks are said to be a response to the Huthi rebels' drone attack on Abu Dhabi in the United Arab Emirates, then an oil facility and an airport facility.

The UN condemns the development

UN Secretary-General António Guterres is concerned about developments and has issued condemnations and calls to all parties.

He describes both the drone attack on Abu Dhabi and the bombings against civilians as "unacceptable".

- What we need to do is stop this vicious circle where things are escalated one by one, says António Guterres.

According to Reuters, António Guterres wants to see rapid, effective and transparent investigations into the Saudi-led attacks.

Great concern in the United States

The United States also says it is concerned about developments in Yemen.

According to the site, Foreign Minister Antony Blinken has expressed "great concern" and appealed to all parties to show restraint.

The civil war in Yemen has been going on since 2015 and is described by the UN as the world's worst humanitarian crisis.