The region's new offer: Do not test yourself for covid-19

The Uppsala Region calls for reduced testing. If you do not go to school or have to physically show up at your workplace, you should not do a PCR test, instead you should stay at home for five days or until you feel recovered. The hope is to reduce the response time for the most prioritized. - A lot of people have been kept away from work and school, it gives such great negative social effects that we are forced to do this, says Fredrik Settergren, head of sampling in the Uppsala Region. 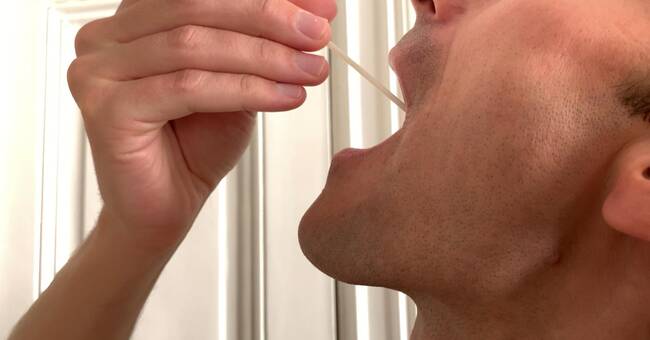 On Thursday, the Swedish Public Health Agency changed the quarantine rules, and the strained situation in the laboratories tightens the priorities for testing covid-19.

- The infection is now so widespread that the analysis capacity of the laboratories both here in our region and nationally is not enough at all, which means that the response times are very long.

It does not make sense with testing as it has happened, says Fredrik Settergren.

The call applies to the pcr tests provided by the region.

Those who have taken a quick test that is positive should not confirm this with a pcr test.

But a number of groups still have to test themselves, including people with socially important occupations and people at risk.

The lab is behind

Is there any risk of losing control of the statistics?

- It is of course the case that the statistics are not as reliable, on the other hand you have to constantly weigh the pros and cons.

Very many people have been kept away from work and school, it has such great negative social effects that we are forced to do this.

According to Fredrik Settergren, you are already starting to see an effect where bookings are decreasing, but also during the next week, the response times will be extended.

- The lab is behind and has a lot of samples to be run in the next few days and that means that it is not until the end of next week that I think you can see any major difference in analysis times, he says.

In the clip: See when you who have symptoms should test yourself