"Mailene gave the letter to me so that the world would know the torture they are suffering in Cuban prisons. A month and a half after (the events), when we saw her... 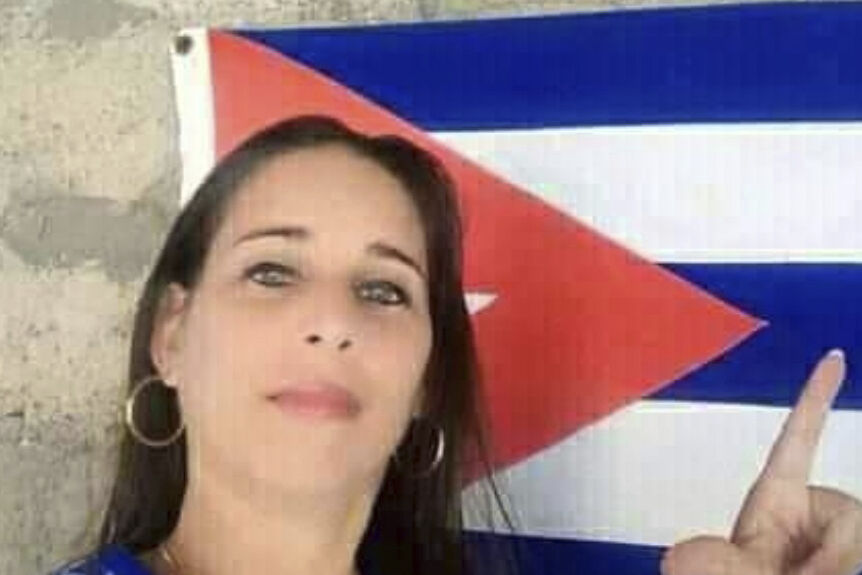 "Mailene gave the letter to me so that the world would know the torture they are suffering in Cuban prisons. A month and a half after (the events), when we saw her for the first time,

she still had the marks of the blows

An anonymous source, close to the activist, has confirmed to EL MUNDO the odyssey experienced by the dissident Mailene Noguera, who managed to reveal the ill-treatment suffered through a letter written in her cell at the Western Women's Prison.

The testimonies of Noguera and several other activists, collected at the end of the chain by human rights organizations, including Prisoners Defenders and Cubalex, corroborate that the abuses are especially cruel against those who already participated in organizations opposed to the Castro regime.

The impact of Noguera's words was devastating:

, intimidation with guns pointed at their heads, among other abuses.

"They pull out their nails with tweezers and even the pixies (pearcings) of the tongue," added Mailene, who before being arrested for the popular uprising of July 11, ran with her husband a paladar, a self-employed restaurant, known in her municipality for its combinations of natural juices.

The trial against Noguera and her 12 companions, including her husband Enmanuel Robles and two more relatives, was seen for sentencing last Tuesday. A week during which at least

45 people were brought before the judge throughout the island.

In total, there are already more than 400 peaceful 11J protesters brought before the judge under arbitrary and manipulated accusations. Human rights organizations have highlighted the presence of women and almost thirty young people between 16 and 20 years old. Among the pending trials, those that will be carried out against 7 minors stand out, according to the organization Justicia11J.

The sin of all of them was dreaming of a democratic Cuba, a reason that pushed them to the streets on 11J.

These Cuban rebels were part of a small group in Batabanó (Mayabeque province), near Havana.

"We are human rights defenders, we were active in the movement for freedom before 11J. That's why the accusers point to them as leaders of the protest, that's why the repression and harassment. We call ourselves the Opposition Movement for a new Republic and Democracy Movement," one of the activists from the province of Mayabeque assured this newspaper.

The defense considers that the witnesses of the Prosecutor's Office repeatedly contradicted themselves in the face of the forcefulness of those who reported that the accused participated peacefully in the protest that day.

Mailene is very skinny, but she is quite a Mariana (

brave, by Mariana Grajales, a Cuban patriot of Independence)," one of the relatives of the dissident present in the room described for EL MUNDO.

The two women communicated between signs, encouraging each other and even drawing the L for freedom with their fingers.

The defense witnesses categorically denied one of the most weighty accusations of the prosecution, which claims that Noguera had rubbed the Cuban flag on his crotch.

According to the account of relatives present in the room, the mistreatment continued in front of the judge.

The defendants entered the courtroom wearing shakiras (shackles that painfully immobilize hands and feet) and took them off in front of their loved ones, while one of them, Enmanuel Robles, writhed in pain.

The prisoners were not allowed to wrap up warm, despite the cold morning in this Cuban municipality and the low temperatures of the air conditioning.

"They had colds, a cough, one of them with a fever. And they were not allowed to wear the enguatadas (warm clothes). One of the prisoners, Arturo Valentín, complained about the cold. A relative of his wanted to give him a jacket and neither did he. they allowed," added another of those present, always anonymously, to EL MUNDO.

Soon they will be with us

!" was heard as soon as the court hearing was over from the family benches.

The Mayabeque trials continued in recent hours against another group of protesters, including María and Angélica Garrido, who have also suffered psychological and physical abuse.

The sentence requests for this group even reach 18 years in prison.