Former Pope Benedict XVI expressed his "shock and shame" after a report was issued accusing him of not taking measures to prevent priests from committing sexual abuse against minors in the German diocese for which he was responsible. 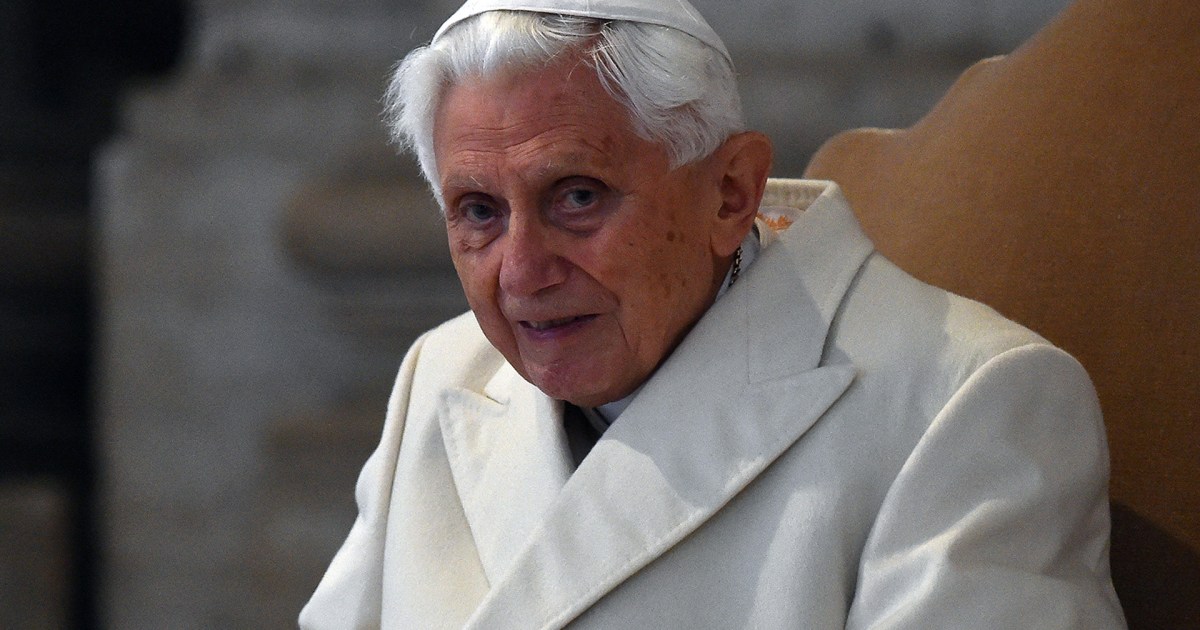 Former Pope Benedict XVI has expressed his "shock and shame" after a report was issued accusing him of taking no action to prevent priests from committing sexual abuse against underage children.

A statement issued by the former pope's spokesman said the pope was not aware of the report and would examine it in the coming days.

On Thursday, a report prepared at the request of the church accused the pope of not taking any action to prevent priests from committing sexual abuse against children in the German diocese for which he was responsible in the 1980s.

Lawyers at the "Festival Spielker Vestel" office confirmed in the report that Cardinal Joseph Ratzinger (the pope's name before he assumed office) did not take any measures against 4 priests suspected of sexual abuse of children.

In response to the lawyers' report, the 94-year-old pope emeritus of the Vatican, who has been away from public life since 2013, expressed his "strong" refusal to hold him any responsibility for those violations.

However, attorney Martin Bush clarifies that this position is not "credible" in the eyes of experts, because the matter, in two cases mentioned in the report, is related to two clerics who had previously committed judicially proven attacks.

The two priests continued their work in the church and no action was taken against them.

The authors of the report indicated that they were "convinced" that Cardinal Ratzinger, who was head of the diocese in Munich and Freising, was aware that the priest Peter Hollermann had previously sexually molested children.

The latter had arrived, in 1980, in North Rhine-Westphalia in Bavaria, where he committed decades of unpunished abuse.

In 1986, a court in Bavaria issued a suspended sentence.

But he moved after him to another city in Bavaria, and returned to his excesses until he was forced to retire in 2010.

The authors of the report also criticized Cardinal Reinhard Marx, the current bishop of the Diocese of Munich and Freising, for not taking measures against two priests suspected of sexual abuse of children.

It was Cardinal Marx who requested the preparation of the report.

He is expected to make a brief comment on his feed.

The Vatican commented on the report, expressing its "feeling of shame and remorse."

"The Holy See renews its sense of shame and remorse for the violence inflicted on minors by (before) clergy, and assures all the victims of its solidarity with them," Director of the Information Office Matteo Bruni told reporters.

He added that the Vatican will give the document all the necessary attention, noting that it will review it in detail after its publication, in order to "study the details."

The head of the French National Committee said that this is the minimum estimate based on the census and examination of documents of the Church, the judiciary, the judicial police, the press and the testimonies received by the commission of inquiry.