Security guarantees and the situation around Ukraine: what Lavrov and the US Secretary of State talked about at the meeting

Russian Foreign Minister Sergei Lavrov held a meeting in Geneva with US Secretary of State Anthony Blinken. According to Lavrov, the parties reached an agreement that next week the United States will submit written responses to Russia's proposals on security guarantees. Also, Moscow again recalled its demand for the non-expansion of NATO to the east. In addition, Lavrov stressed that Russia has no intention of attacking Ukraine. 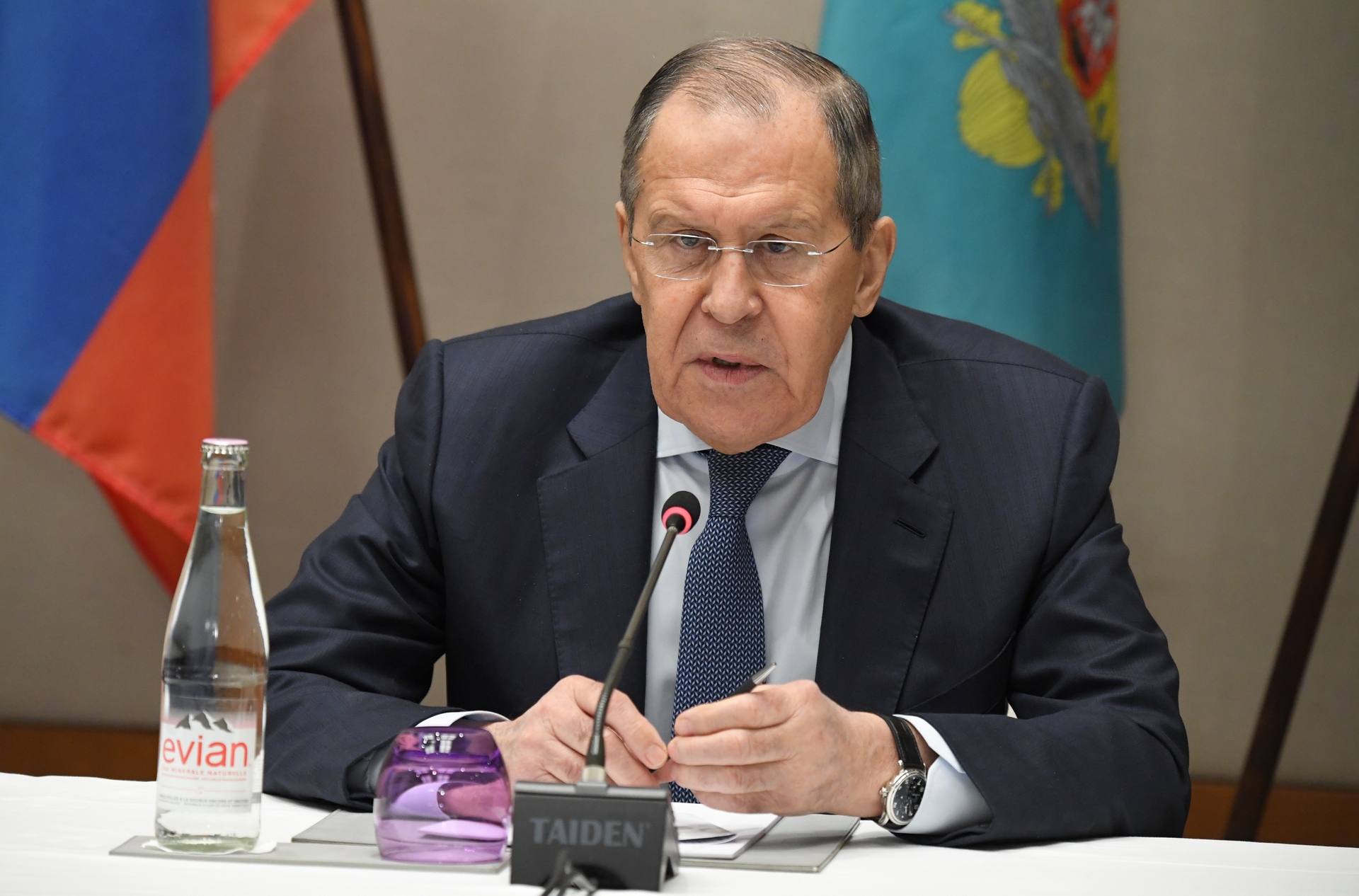 The parties discussed Russian proposals on security guarantees, relations between Russia and NATO, the situation around Ukraine and a number of other foreign policy issues.

The meeting lasted an hour and a half.

As Lavrov said during a press conference following the meeting, an agreement was reached that the United States next week will send written responses to Russia's proposals on security guarantees.

He specified that negotiations with his American counterpart would help Washington prepare these answers.

“Blinken told me that he was satisfied with the exchange of views that took place, which will help them next week, it was already emphasized several times, to provide us with a written reaction,” Lavrov said.

He added that after the US response, a new meeting with Blinken is planned.

At the meeting, the Russian side reiterated its demand for NATO's non-expansion to the east.

As Lavrov explained, Moscow's principled position on this issue is due to the fact that the alliance is working against Russia.

“Because this bloc was created against the Soviet Union, and now it is working against Russia, and this is written in doctrinal documents,” Lavrov said.

The minister noted that the Russophobic minority, led by Poland and the Baltic countries, is forcing NATO and the EU to continue their dead-end anti-Russian policy.

During the talks, the parties also discussed the situation around Ukraine.

“Our American colleagues have tried again to put the problems on the border between Russia and Ukraine at the forefront, they tried to condition everything else on the need for the so-called de-escalation.

It has already become such a spell, ”said Lavrov.

The Foreign Minister reiterated that Russia has no intentions to attack Ukraine.

“Russia has never, nowhere, never threatened the Ukrainian people through the mouths of its official representatives,” the minister said.

At the same time, Lavrov called wrong the fact that any discussion of Russian-American relations is reduced to the situation in Ukraine.

Lavrov also said that he spoke frankly with the US Secretary of State about the policy of double standards in the deployment of troops.

According to him, the US has acknowledged that Russia is deploying weapons on its own territory.

“When they tell us: “Well, yes, this is still your territory, we admit it, but you have gathered a lot of troops there” - and at the same time, it is immediately stated in one sentence that what the Americans are doing with their troops in Europe is none of our business,” Lavrov recalled.

According to him, Blinken agreed that there was a need for "more intelligent dialogue."

“And I hope that emotions will decrease,” Lavrov added.

At the same time, Lavrov noted that the experience of Russia's dealings with Western countries is full of examples of non-fulfillment of those promises on European security issues.

“With this, of course, our American colleagues, other Western Europeans, NATO members, are not very good,” Lavrov stated.

Answering the question whether Moscow is on the right track with regard to contacts with the United States, Lavrov noted that this will become clear after receiving answers from the American side.

In turn, Blinken said that the talks with the Russian Foreign Minister were frank and substantive, and all parties are committed to "the path of diplomacy and dialogue."

He also confirmed Washington's intention to provide Russia's response to the security guarantee proposals next week.

Director of the Foundation for the Study of the United States.

Franklin Roosevelt at Moscow State University, Yuri Rogulev, in an interview with RT, expressed the opinion that the intensification of dialogue with the United States gives hope for the possibility of achieving any result in the negotiations between the two countries.

“The mere fact that the negotiation process has intensified, and the fact that many of the most important issues that our Western partners have previously dismissed are being seriously discussed, this inspires some hope that, perhaps, there will be some kind of result,” analyst noted.

At the same time, he expressed the opinion that it is not worth waiting for quick results.

“In general, it will not be easy, of course, to unfold the foreign policy situation that has developed over the past 30 years, and it will take time,” Rogulev noted.

Recall that on December 17, the Russian Foreign Ministry published draft treaties with the United States and agreements with NATO on security guarantees, which were handed over to Western colleagues.

The documents, in particular, contain provisions on the non-deployment of medium-range and shorter-range missiles within each other's reach, mutual security guarantees in Europe, and the refusal to further expand NATO, including at the expense of the former Soviet republics.

In early January, Russia held a series of negotiations with the United States and NATO on these issues, but the parties failed to reach specific agreements.