Roger Johansson is not affected by high electricity prices. He lives in a house with its own energy supply. The log cabin outside Kolsva is not even connected to the electricity grid. 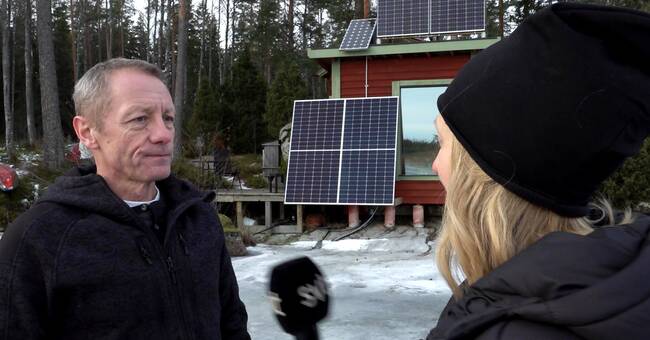 Roger Johansson and his wife live in a 30 square meter log cabin that is "off grid" - it is neither connected to the electricity grid nor municipal water and sewage.

When many others have received high electricity bills this winter, he does not have to worry.

The house is heated with wood and gets almost all of its power from solar panels.

- For two months a year, I need to start the power plant once a week to recharge the batteries.

Then it consumes five liters of petrol a week, he says.

Roger Johansson's great technical interest has been a prerequisite for life choice.

He has built his own electrical system for around SEK 40,000.

The annual cost of petrol for the power plant is SEK 3,000.

But it was not primarily to avoid expensive electricity bills that the couple chose to move to the log cabin in the woods.

In the clip, you get to follow Roger home and see how he lives a disconnected life.