Marine Le Pen was in Fréjus, in the Var, on Thursday, to present her health program. 10% the salary of nursing staff. For her, the health crisis has revealed the shortcomings of our healthcare system. 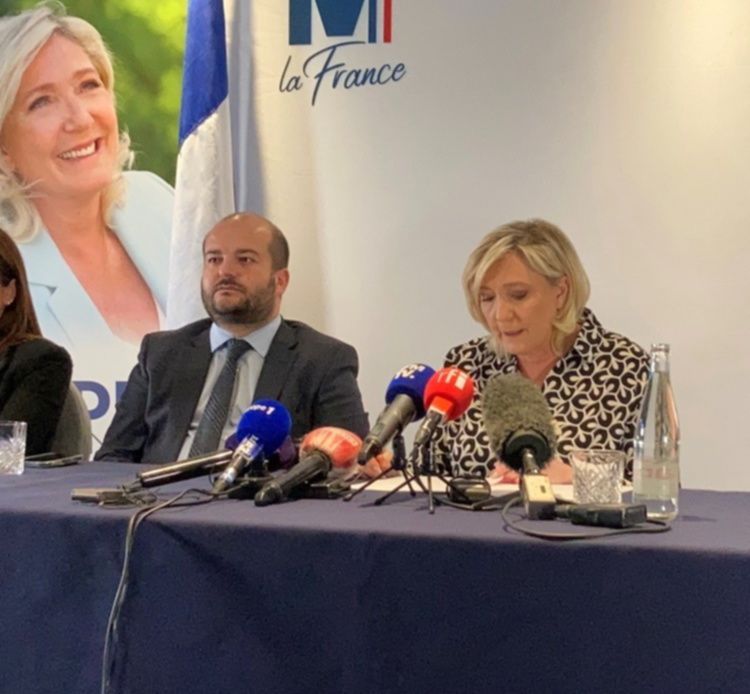 Marine Le Pen was in Fréjus, in the Var, on Thursday, to present her health program. The candidate of the National Rally wishes to devote 20 billion euros to the health system, in particular by increasing the salary of nursing staff by 10%. For her, the health crisis has revealed the shortcomings of our healthcare system.

The candidate of the National Rally for the presidential election Marine Le Pen announced Thursday that she wanted to devote 20 billion euros to the health system, including two billion over five years to "raise the salaries of nursing staff" at the hospital.

“The ills from which our health system suffers predate the current health crisis” which revealed “the structural flaws”, estimated Marine Le Pen, during a visit to Fréjus, a city held by the mayor RN David Rachline .

The abolition of regional health agencies

The far-right candidate wants to "restore confidence in the public hospital" by providing it with the means "to be effective and by reforming its governance". In order to "reaffirm the authority of the State" in the field of health, Marine Le Pen intends to abolish the Regional Health Agencies (ARS) and entrust the supervision of hospitals to regional prefects. To cope with the shortage of nursing staff at the public hospital, she wants to recruit "mass" nursing staff, saying that "30% of positions are not filled". In addition, she wants to set a ceiling of 10% of administrative positions. “Some administrative staff who have the skills will become nursing staff,” she explained.

Assuring that "100,000 beds have been closed in the last 20 years", but without providing her sources, Marine Le Pen wants to establish a "moratorium" on the abolition of beds in public hospitals.

She also wants to spend two billion euros over five years to raise the salaries of nursing staff working in hospitals.

The salary of nurses, already upgraded during the Ségur de la santé, will thus be increased by 10% to reach "the European average".

Reform state medical aid, which covers the care of foreigners "in an irregular situation"

Promising "an eradication of medical deserts" and estimating that 7.4 million French people today live in a medical desert, the MP for Pas-de-Calais suggests "strong financial incentives", in particular remuneration "modulated according to location of installation" and the development of telemedicine.

Marine Le Pen indicated that she would finance these measures "with the budget" without further details.

The RN candidate also wants to "fight against fraudsters" who are "almost never sanctioned" and reform state medical aid (AME), which covers medical care provided to foreigners "in an irregular situation" and who stands at “one billion euros in the 2022 budget against 990 million euros in 2021”.