Peru bans the ship that caused the oil spill from sailing

The ship involved in the spill of 6,000 barrels of crude on the coast of Peru, an accident attributed to the swell caused by the volcanic eruption in Tonga, has been prohibited from sailing, aa… 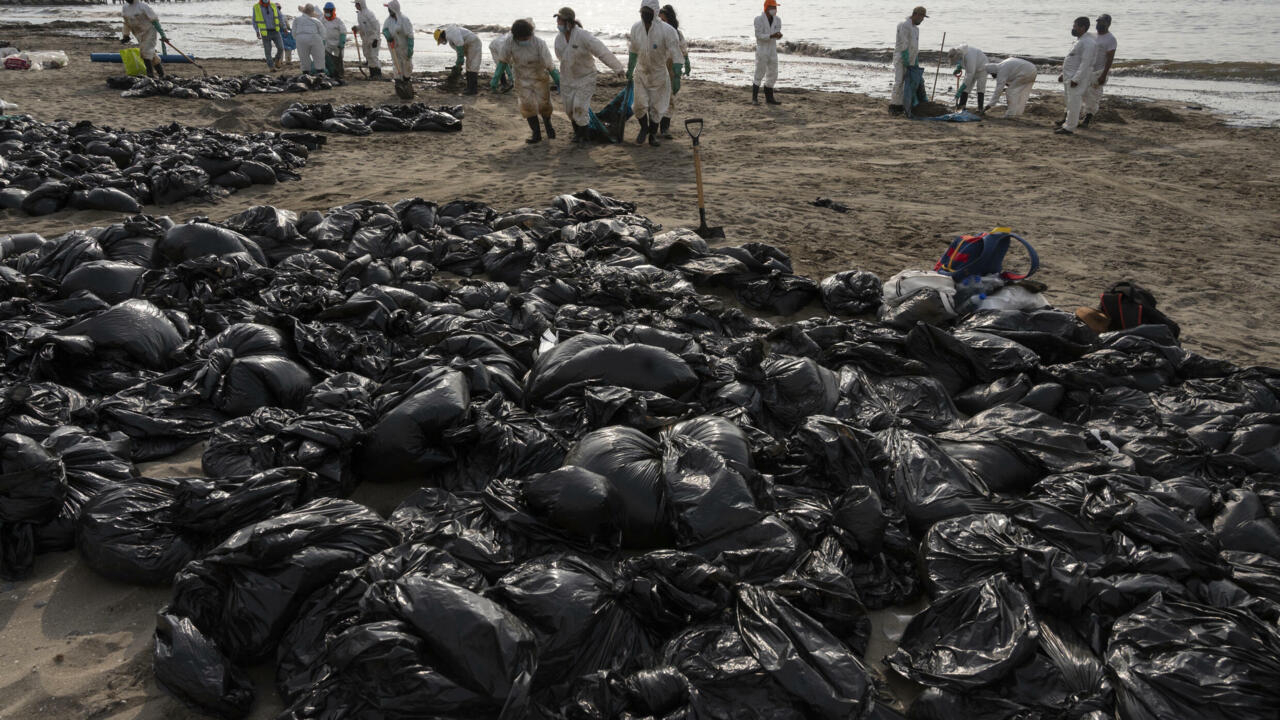 "The vessel involved in this incident has been prevented from raising anchor," Ms Vasquez told a news conference.

If it wants to sail, the "Mare Dorium", under the Italian flag, will have to pay 150 million soles (about 38 million dollars), added Ms. Vasquez, specifying that the company had to provide a guarantee.

According to the Peruvian navy, the ship is anchored in the bay of the port of Callao, near Lima, until investigations are completed.

The oil spill occurred on Saturday at the La Pampilla refinery in Ventanilla, in the Lima region.

According to the company, owned by the Spanish group Repsol, the accident took place during the process of unloading crude oil from a tanker due to the violent swells on Saturday off the Peruvian coast, linked to the tsunami caused by the eruption. volcano in Tonga.

The Peruvian government on Wednesday demanded compensation from Repsol, while the oil spill affected more than 174 hectares - the equivalent of 270 football fields - on the coast and 118 hectares at sea, according to the authorities.

In addition to about twenty polluted beaches, "this terrible situation endangers the flora and fauna in two protected natural areas", the National Reserve of the system of islands and islets and the Protected Area of ​​Ancon, according to the Ministry of the Environment.

Refinery workers worked all day Wednesday to clean up Cavero Beach, one of the hardest hit by pollution.