Students in private schools demanded a reduction in school bus fees, in return for the days in which they switched to distance education, which extended for about three weeks, since the start of school in the second semester. For his part, the director of a private school, who preferred not to be named, stated that the transition to “treatment of 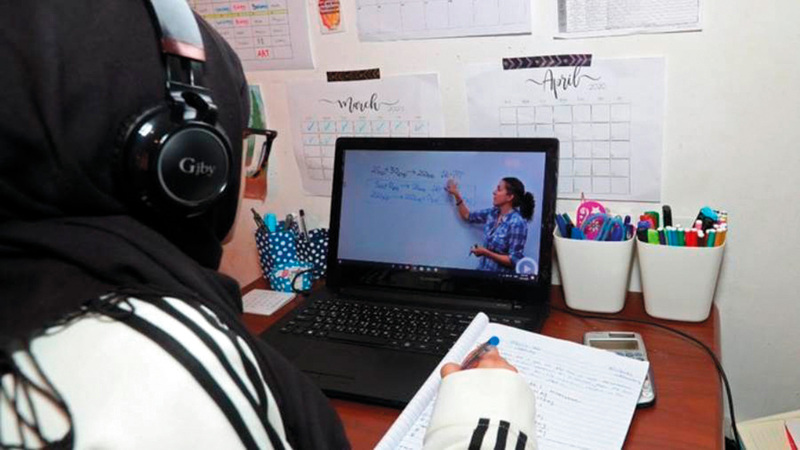 School: We have financial commitments that cannot be canceled by changing the pattern of education

Students in private schools demanded a reduction in school bus fees, in return for the days in which they switched to distance education, which extended for about three weeks, since the start of school in the second semester.

For his part, the director of a private school, who preferred not to be named, stated that switching to "distance education" did not reduce the school's financial obligations, including the salaries of drivers and supervisors, so reducing bus fees negatively affects the fulfillment of these obligations.

In detail, students of private school administrations called for a reduction in school bus fees, in return for the days when education was converted to "virtual".

Abdul Hamid Shaalan (the father of two students) said that converting schools to “distance education” means that the school transport service is not available during the weeks of implementing this transformation, and therefore the student will not benefit from the service, which requires reducing school bus fees for this period, until The student’s guardian does not pay fees without service.

He added that any reduction of fees would reduce in some way the financial costs incurred by families, calling on school administrations to be more cooperative with students' families, and not to make the relationship between home and school purely physical.

Khaled Ghaly (the guardian of a female student) stated that he contacted his daughter's school and tried to reduce school bus fees, during the implementation of distance education, but his attempt was unsuccessful.

He pointed out that the school refused to reduce the fees for the student transportation service, citing the financial obligations it had to demand towards paying bus rentals and drivers' salaries.

Mai Alaa (Talib's mother) called on private school administrations to consider school bus fees, noting that the continuation of distance learning during the second semester, without a reduction in tuition and bus fees, is not commensurate with the services that schools will provide to students.

The director of a private school said that private schools, in the event of in-person education or the implementation of the decision to switch to distance education, have financial obligations, including renting or maintaining school buses if they own them, in addition to the salaries of drivers and supervisors that do not stop with the adoption of an educational system, whether it is in attendance. Or hypothetically, adding that reducing school transport service fees negatively affects schools’ fulfillment of these financial obligations.

On the other hand, the UAE government recently announced the extension of the study by the distance education system for a week, for schools and universities from January 17 to 21, and it was also decided to postpone the in-person exams until after January 28, based on an assessment of the epidemiological situation.

The Ministry of Education confirmed the sector’s readiness and proactive measures to deal quickly with emergency situations, in order to ensure the continuity of the educational process in an optimal manner, through continuous follow-up to the crisis data and its developments to support and take the most appropriate decisions.

She explained that the epidemiological situation and its developments are constantly reviewed, to facilitate a safe return, and to ensure public health, and the health and safety of students, teachers, and administrative staff in educational facilities.

The Ministry of Education announced the postponement of the in-person exams until after January 28, based on an assessment of the epidemiological situation in the country.

The ministry confirmed that the educational establishments' administrations and their cadres during the stages of the crisis have demonstrated their professionalism in flexibly dealing with the variables of the situation and the developments of the crisis.