Ligue 1: Lyon winner in the nothingness of a poor derby 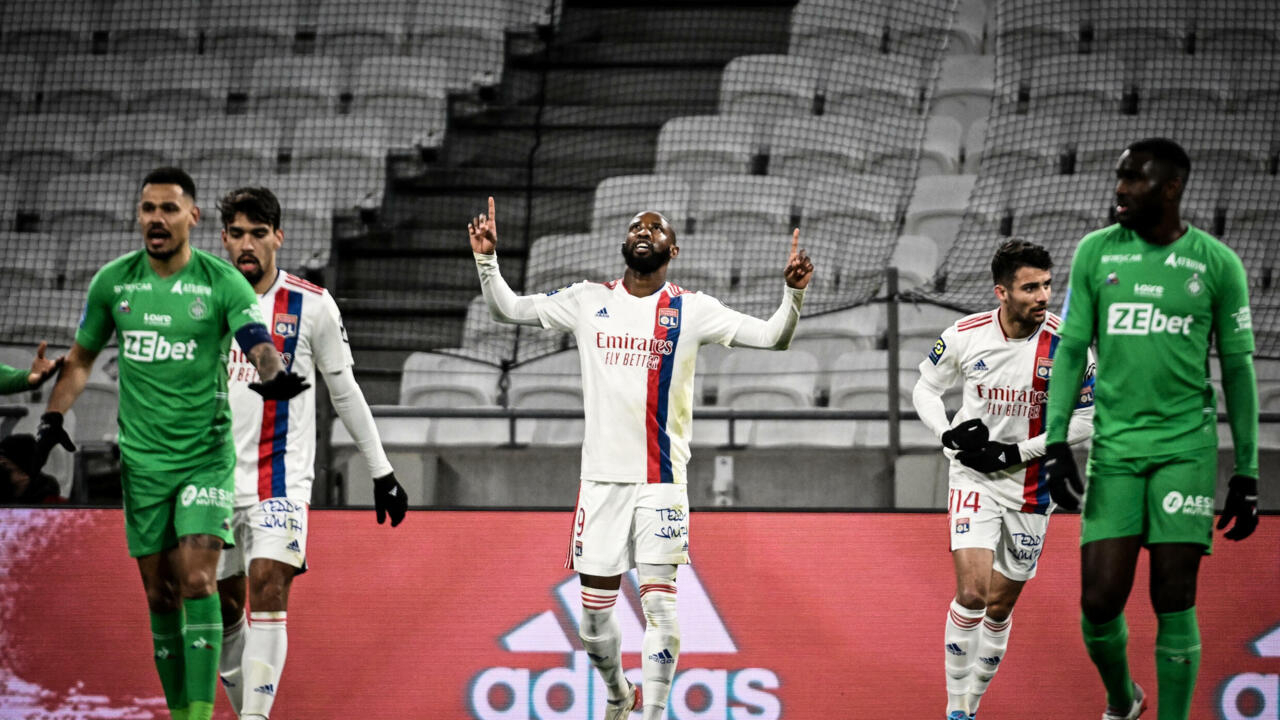 On the contrary, even given the inability of the Lyonnais to technically master a meeting that they should have made easier.

With this second consecutive victory after that obtained just as difficult in Troyes on a penalty (1-0), on January 16, Lyon only rises, provisionally, to 10th place, six lengths behind Marseille (3rd).

For their part, the Greens who concede a seventh consecutive defeat in Ligue 1 continue to drag themselves in last place with, for the time being, Ligue 2 as the only horizon.

It is only the second time this season, in the league, that Olympique Lyonnais, which was aiming for qualification for the Champions League in the spring, has had a second consecutive success in the league after those obtained against Nantes (1-0), on 27 August, and Strasbourg (3-1), September 12.

An eternity confirming the irregularity of the Rhodaniens who will now go to the revealer against Marseille, Monaco, Nice, Lens and Lille.

We will then know what the real potential of Lyon is.

And we will also arrive at the end of February, a deadline set by President Jean-Michel Aulas to take stock of the club's collaboration with coach Peter Bosz, who arrived at the start of the season but whose results are disappointing.

And the performance against Saint-Etienne is not encouraging for the future.

In front of 5,000 spectators in a 60,000-seat stadium due to the gauges imposed by the State and the health crisis, which contributed to making the spectacle even sadder, it was Moussa Dembélé who gave OL the advantage. (15th).

Lyon striker Moussa Dembélé (c) celebrates his goal with his teammates during the reception of their rival at Décines-Charpieu, January 21, 2022 JEFF PACHOUD AFP

He converted a penalty awarded logically for a foul committed on himself by Timothée Kolodziejczak.

But against the last in the standings, adopting an ultra defensive game plan imposed on them by the many absentees in their workforce, Olympique Lyonnais delivered a match without ambition with a starting lineup in 5-4-1.

Lyon without ambition and feverish

Dembélé was totally isolated up front and weaned off the ball before being replaced by Tino Kadewere (62), and five defenders including full-backs, Léo Dubois and Henrique, unable to overflow.

In addition, the players expected to lead the game, Houssem Aouar, whose two attempts were repelled by goalkeeper Paul Bernardoni (38, 56), and Lucas Paquetà were quite disappointing.

Thus, OL gave ASSE the opportunity to grow bolder and even get back into the game with a header from Mahdi Camara diverted by Anthony Lopes (42).

And coach Pascal Dupraz felt the excitement of the Lyonnais.

He tried to provoke something with the entries of Bakary Sako, Jean-Philippe Krasso and Sada Thioub, three attackers who joined Arnaud Nordin.

Without success, for lack of sufficient talent to create chances and reverse the course of things even if the Stéphanois dominated the second period.

For his part, Bernardoni again intervened on an attempt by Kadewere (74) while OL badly negotiated a few offensives.