A truck carrying explosives jumped after a road accident on Thursday in the west of the country. The first official report reports 17 deaths and 59 people are injured, some of whom… 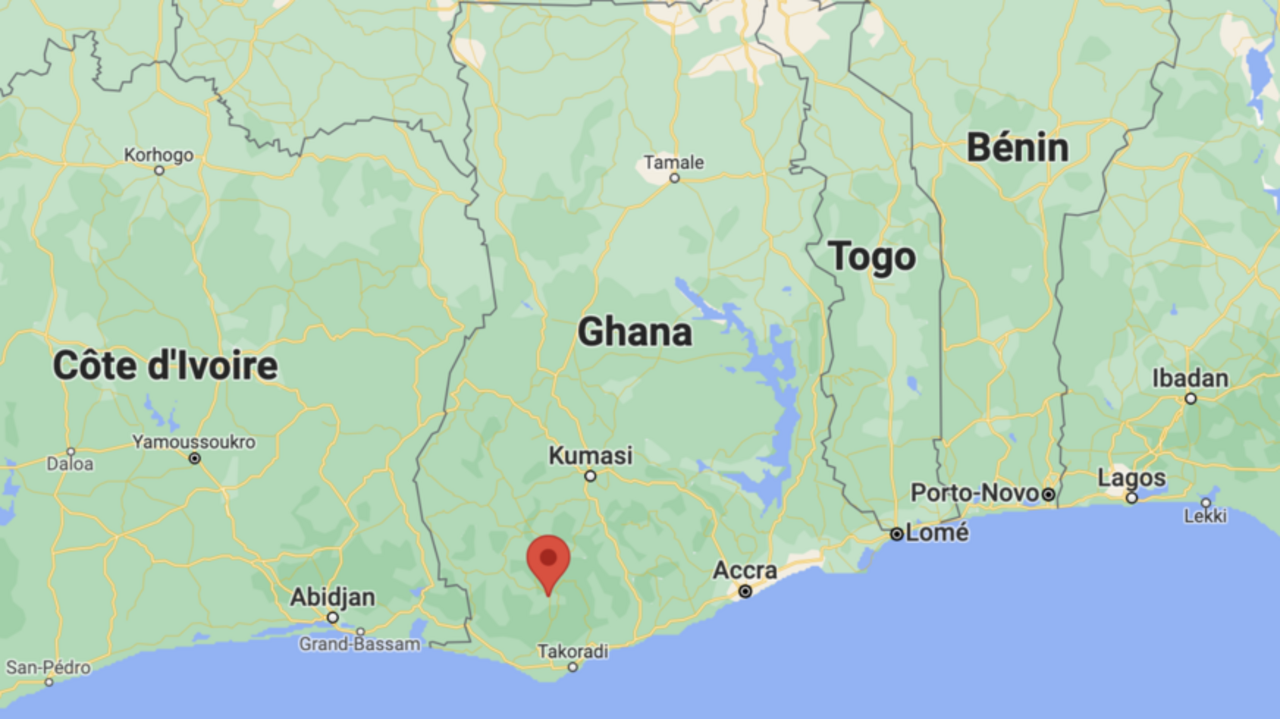 Ghana: in red the mining localities of Apiaté and Bogoso.

A truck carrying explosives jumped after a road accident on Thursday in the west of the country.

The first official report reports 17 deaths and 59 people are injured, some of them in critical condition.

The first elements provided by the Ghanaian authorities evoke a collision between the truck stuffed with explosives and other vehicles in the locality of Apiate.

The explosion occurred around noon Thursday in Apiate, not far from Bogoso, a mining town about 300 kilometers west of Accra, the capital.

On the images of Agence France presse, the damage is impressive: houses blown up by the explosion, a large crater where the truck was, debris for hundreds of meters.

According to the first elements of the investigation, it is "an accident involving a truck transporting explosive materials for a mining company, a motorcycle and a third vehicle which took place near an electrical transformer and led to the explosion" , Information Minister Kojo Oppong-Nkrumah said in a statement released overnight from Thursday to Friday and reported by AFP.

All surrounding hospitals have been mobilized to receive the injured, and a plan has been activated to evacuate those in critical condition to Accra.

Late Thursday afternoon, Ghana's President Nana Akufo-Addo lamented "a truly sad, unfortunate and tragic event", and offered his condolences to the families of the victims.

Government will spare no effort to ensure a rapid return to a situation of normalcy for residents of Apiate.

Deadly accidents linked to the mining sector are frequent in Ghana, but they are most often the collapse of artisanal mines, most often illegal.

Ghana is one of Africa's leading gold producers, along with South Africa.

The mining industry in this country involves both big global players but also artisanal mining activities, many of them illegal.

: Ghana becomes the first gold producer on the African continent