Studies are in progress to know the precise characteristics of "BA.2", the little brother of the Omicron variant. For the Minister of Health, the arrival in France of this already majority sub-variant… 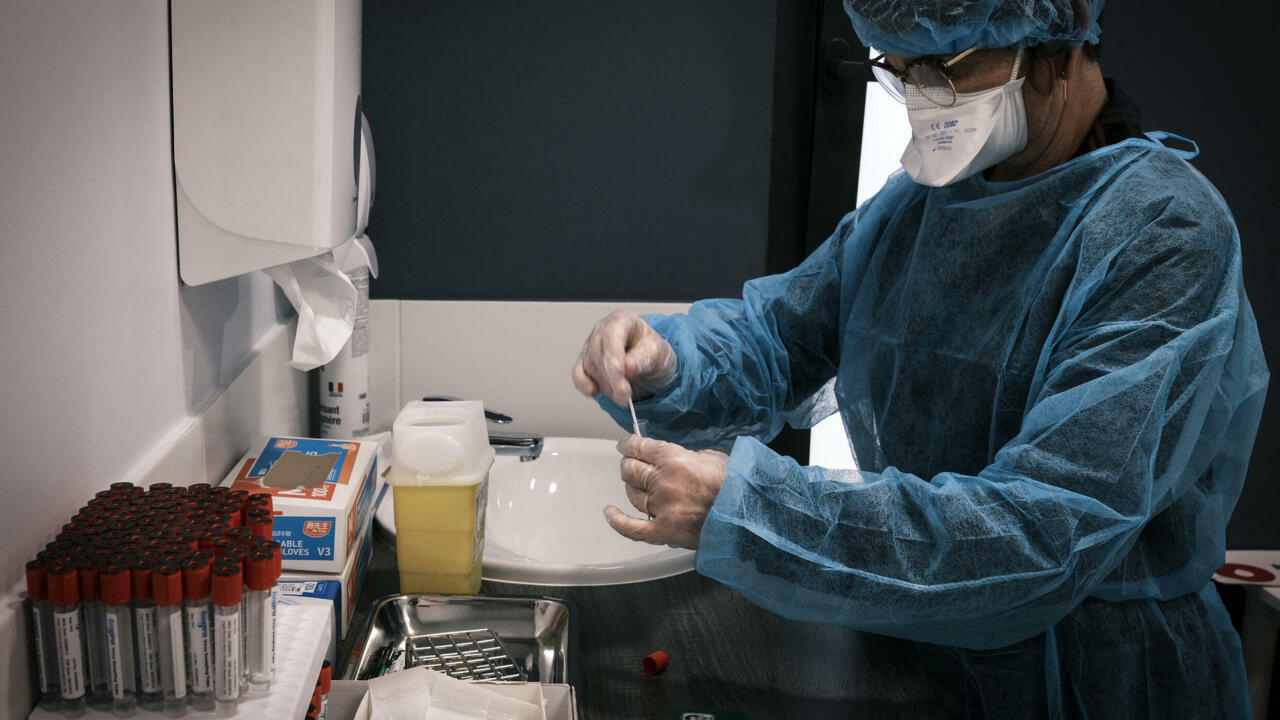 Appeared a few weeks ago, BA.2, nicknamed "Omicron's little brother" is a new sub-variant of Omicron, closely scrutinized by scientists.

Mentioned for the first time by Olivier Véran during the press conference given on Thursday January 20 after a Defense Council, this new derivative of Covid-19 is beginning to intrigue.

What do we know of him?

BA.2 was first spotted from India and South Africa in late December 2021. It is a derivative of the original Omicron variant line, hence the term "sub-variant".

It was probably born from a mutation of Omicron (known as BA.1) during one of these replications.

As a reminder, Omicron was himself the result of a Delta mutation.

Other sublines have already been referenced, such as BA.3 or BB.2, but they are attracting less attention from epidemiologists because of the increase in cases of people having contracted BA.2.

BA.2, on the other hand, has more than 20 mutations, of which about half are at the level of the spike protein.

It is about this famous protein which interacts with the human cells and which constitutes the key of entry of the virus in the organization.

The World Health Organization (WHO), which had classified Omicron as a "variant of concern", does not at this stage make any distinction with its BA.2 sub-line.

For his part, the French Minister of Health specifies that "for what we know for the moment, it more or less corresponds to the characteristics that we know of Omicron".

It does not "change the deal" at this stage, added Olivier Véran wanting to be reassuring.

BA.2 is being studied closely by the scientific community, but there are no precise data yet on its resistance to vaccines or the severity of the cases of Covid-19 generated.

Scientists are beginning to speak out on the subject, while remaining cautious.

Thus the virologist at Imperial College London Tom Peacock indicates that "the first observations in India and Denmark suggest that there is no big difference in severity compared to BA.1".

"This data should solidify (one way or the other) in the coming weeks," he warned in a tweet.

*Very* early observations from India and Denmark suggest there is no dramatic difference in severity compared to BA.1.

This data should become more solid (one way or another) in the coming weeks.

For epidemiologist Antoine Flahault, the monitoring of infections should make it possible to test the resistance of BA.2, in particular if people infected with the classic Omicron are again contaminated with the sub-variant.

It is still necessary to give ourselves the means to detect BA.2 contamination within the population, which seems delicate at this stage which does not seem to go without saying.

The appearance of BA.2 poses a new challenge to scientists, insofar as its follow-up is not obvious.

According to Florence Débarre, biologist at the Institute of Ecology and Environmental Sciences in Paris interviewed by Liberation, depending on the PCR test protocols, the type of kits used of which may vary from one laboratory to another. , it would be more or less easy to identify BA.2.

"In the United Kingdom, explains the researcher, the way of carrying out the tests does not make it possible to distinguish BA.2 and Delta".

However, there is another tool for tracking variants that is more precise but more rarely used: genetic sequencing of the virus.

It makes it possible to recognize the exact presence of this sub-lineage, but in France for example, only part of the tests carried out in the laboratory are randomly subjected to this more in-depth and very expensive form of analysis.

Sequencing also has the drawback of being slow, which is not suitable for monitoring a rapidly spreading variant.

The subvariant is now present in at least 43 countries across all continents. It would have become the majority in Denmark, where it is gradually replacing the "classic" Omicron. In the Scandinavian country, the number of daily cases of Covid-19 has started to rise again as the Danes thought they had reached the peak. "The Danish authorities have no explanation for this phenomenon, but it is being closely monitored" according to the French public health agency, which monitors the latest developments in Denmark. This "suggests that it is even more transmissible", agree several specialists, including Florence Débarre. Besides Denmark, in Europe, BA.2 has been sequenced in the UK, Germany, Belgium, Italy, and also in France. North America, Asia and theAustralia are also affected.

To date, the sub-variant has been detected in France, "but at very low levels", indicates the French public health agency.

“We have an international situation where the Omicron variant circulates a lot, it is normal that we observe sub-lineages over time,” the agency said on Friday.

France thought it had reached its peak in mid-January.

However, new contaminations seem to be on the rise again to everyone's surprise.

Over the last seven days, the average daily cases amounted to 337,192, or 9% more than the previous week.

For Professor Antoine Flahault, interviewed by La Dépêche, BA.2 would be likely to relaunch the epidemic in France. "In the United Kingdom, the number of new cases of Covid-19 is halving every seven days [...] France was expected to follow the country's lead with a two-week lag: this is not is not the case. And this new variant could be at the origin of the very recent increase in contaminations that we are observing”, explains this member of the Scientific Council.

"The capacities of surveillance, epidemio-clinical systems in order to very quickly define the characteristics of the new variant will be essential", warns this same Scientific Council on Thursday, they "must therefore be anticipated and prepared", he warns.

It remains to be seen whether France can afford it.