A Norwegian cargo ship capsized and sank off Kullen. The incident took place on Danish water and Swedish rescue units were on site. All crew members are picked up by helicopter. 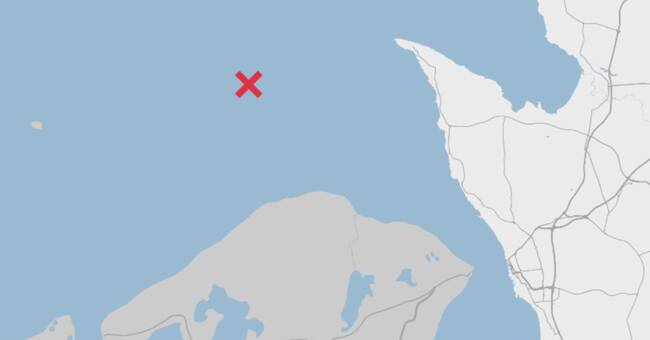 The alarm about the accident came at nine in the evening and the rescue was led by Danish rescue services with assistance from Sweden.

Emma Nykvist is deputy rescue leader at the Swedish Naval and Air Rescue Center and worked during the night.

- They told us that they had a strong list due to load displacement because it was very hard weather, even then we realized that there was a risk that the ship would sink, she says.

The Swedish Sea Rescue sent out two helicopters to the ship's rescue, partly from Kristianstad and partly from Gothenburg.

The crew worked closely with their Danish colleagues.

Five people were picked up in harsh weather conditions - two from the ship and three from a life raft.

The crew was later flown to Sweden for treatment.

On Friday morning, Allan Mortensen, duty officer at the Danish Armed Forces' operations center, stated that the ship had sunk at 01.30.

Now the sixty meter long and eleven meter wide ship is at a depth of about twenty-five meters and the Danish authorities will be responsible for any salvage.

According to the Danish news agency Ritzau, the sunken ship was loaded with contaminated soil and was on its way from Copenhagen to Randers in Jutland.

The course of events is now being investigated

The Danish Maritime Board tells SVT Nyheter Helsingborg that they will now measure the depth between the wreck and the sea level to assess whether the vessel poses a risk to shipping or fishing.

In that case, the authority may request that the wreck be salvaged.

In addition, the Danish Accident Investigation Board, together with the ship's flag state, will investigate the course of events.

When the picture is clear, the Danish Maritime Board is expected to decide whether a crime may have been committed.

Other vessels are advised to stay away from the area so that they do not run into the wreck.

During the morning, the Danish Armed Forces sent out an environmental rescue ship to mark the wreck site with a buoy and keep an eye out for any oil leaks.