Bus load Norrbotten on the way to manifest against vaccine passports

Nearly 18,000 people have registered their interest in Saturday's demonstration against vaccine passes. And early on Friday morning, a busload of people from Norrbotten started the 100 km long journey south. 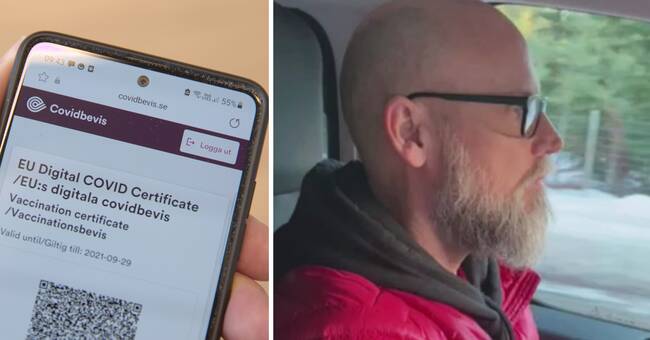 Under the slogan "No to vaccine passes" and "For a free Sweden without vaccine passes", thousands of people are expected to join the so-called freedom demonstration in Stockholm.

One of them is Urban Sterner from Boden, who together with other people from Norrbotten has arranged a joint bus trip.

- I have at previous demonstrations heard immigrants from former communist states say that we saw this in our countries before, that is why we came to Sweden, says Urban Sterner.

- When they came to Sweden, it was because they wanted to be able to move freely in their country.

Urban Sterner from Boden is the one who drives the bus to Stockholm.

He says that he is not demonstrating against the covid vaccine, but against the very principle of vaccine passports.

- If you are older or in a risk group, it is great that there is a vaccine, he says.

You can hear his reasoning in the video above.