Basements can become death traps after the volcanic eruption: "Suddenly you can no longer breathe"

Around 1,000 evacuees have returned to their homes in La Palma this week. However, there are still places where it is not possible to return due to the high levels of toxic gases. 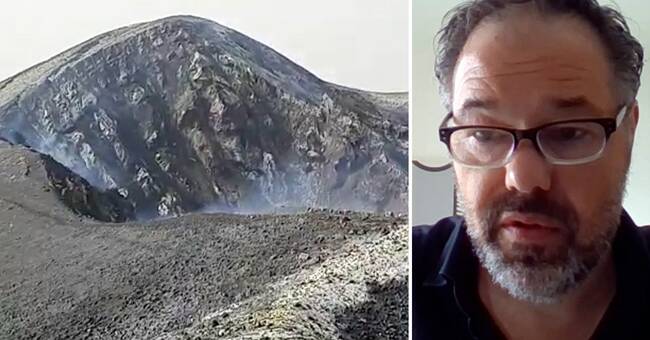 El Bambillo, Puerto Naos and El Remo are all places that residents are not allowed to return to due to the gases.

Volcano researcher Valentin Troll at Uppsala University is currently on his third turn to the island since the volcanic eruption began in September.

By studying lava and ash, he hopes to increase understanding of how volcanoes behave and how to predict an eruption.

On his travels around the island, he has often felt a strong, pungent smell.

It is the smell of sulfur gases - one of the two deadliest types of gases that volcanoes spit out.

If you inhale it, it will corrode the respiratory system.

If it is mixed with water, it smells like rotten eggs, says Valentin Troll.

In the worst affected areas of La Palma, workers have to use gas masks due to the sulfur gases.

It may take several months or even a year before emissions of sulfur gases decrease, according to Valentin Troll.

But there is another type of gas that gas masks do not bite on.

- They do not smell anything, and that makes them especially dangerous.

Not all houses are safe right now, unfortunately.

Hear Valentin Troll talk about how carbon monoxide and carbon dioxide can turn people's homes into a death trap in the clip.