After the failure of the CFCM, the government wants to reform the governance of Islam

Totally paralyzed and criticized from all sides, the French Council for Muslim Worship (CFCM) could soon disappear. To replace it, the government is betting on a new, more... 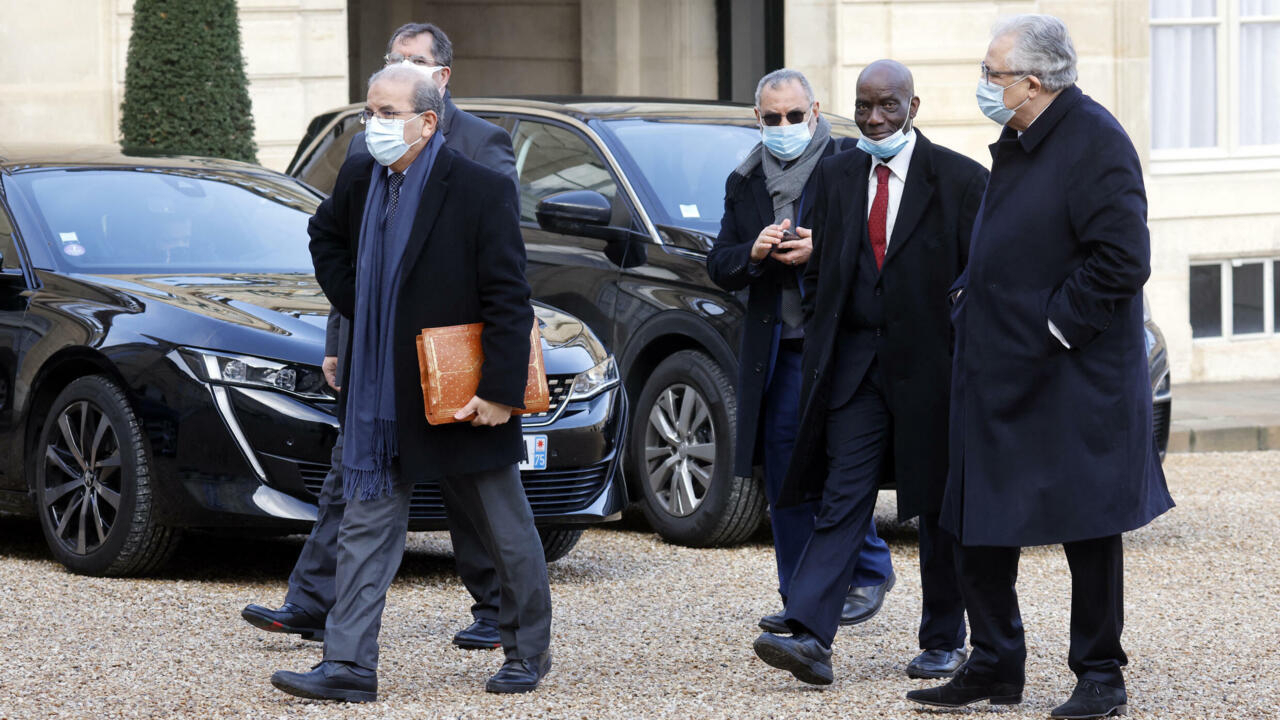 This is a decisive period for Islam in France.

The French Council for Muslim Worship (CFCM), long the privileged interlocutor of the public authorities, has been experiencing a slow agony in recent days and could give way to a new organization, less centralized and closer to the field.

This week, an imbroglio around the presidency of the organization has once again brought to light its ubiquitous functioning.

As the mandate of the outgoing president, Mohammed Moussaoui, has come to an end, the rector of the Grand Mosque of Paris, Chems Eddine Hafiz, was to succeed him at the head of the CFCM.

But the federation he leads slammed the door of the institution's office last March, dragging three other dissident federations in its wake.

This internal quarrel appears to be the latest episode in the war of influence between Algeria and Morocco to establish their hegemony over Islam in France.

For the French government, that is enough.

Questioned Thursday by FranceInfo, the Minister of the Interior and Worship, Gérald Darmanin assured that the CFCM had "lived" while recalling that it was "an independent association".

An association that could self-dissolve at a general meeting on February 19.

In a forum, its outgoing president himself acknowledged that the body was "no longer viable" in its current format.

But its general delegate, Abdallah Zekri, joined by France 24, assures that the majority of two thirds necessary for a dissolution will not be reached.

“The CFCM does not live these last days. On the other hand, it is necessary to review the way in which it functions and to put an end to the cooptation to privilege those who fight to be elected. It is no longer the notables who must decide but the base. "

"The worm was in the fruit"

Created in 2003 by Nicolas Sarkozy, then Minister of the Interior, the CFCM has suffered for many years from a lack of legitimacy.

Today, the eight federations that make it up represent only a third of the approximately 3,000 mosques in France.

"The worm was in the fruit," said Frank Frégosi, a CNRS researcher and specialist in Islam, contacted by France 24. "Originally, Nicolas Sarkozy had completely locked the composition of the CFCM even before elections could take place. It was therefore seen more as an institution that represented the government to Muslims than the other way around."

The CFCM also operates too "vertically" to meet the expectations of the faithful, believes Frank Frégosi.

"The CFCM has essentially played a symbolic role, but has not been able to take on important issues such as the training of imams or the question of the financing of worship."

The voices of a liberal Islam

By encouraging the dissolution of the CFCM, the government wants to put a stop to so-called "consular" Islam, placed under the control of the countries of origin, Algeria, Morocco or Turkey.

To achieve this, the executive in particular passed its law against separatism which profoundly modifies that of 1905 on the separation of religions and the State.

In his speech from Les Mureaux, on October 2, 2020, Emmanuel Macron had already shown his desire to put an end to foreign influences within Islam in France.

The State therefore took things in hand by entrusting the prefects, via the territorial foundations of Islam, with the task of identifying actors in the field – managers of mosques, imams, heads of associations – to reform its governance. Divided into four working groups, a hundred of these personalities must meet in Place Beauvau in February during a Forum of Islam in France (Forif) to reflect on the functioning of chaplaincies or the fight against Islamophobia.

Among the participants, Eva Janadin, one of the three women imams in France, will make the voice of a liberal Islam heard with a particular interest in the training of imams.

"We believe that it is necessary to transmit renewed interpretations. It is a question of creating a much more scientific training on the anthropological and historical-critical aspects of Islam", assures France 24 the general delegate of the association. Islam in the 21st Century.

With Forif, the government therefore wants to bring out other players even if the major federations will continue to exert their influence, even if the CFCM is dissolved.

"Historically, the structuring of mosques in France is based on these federations, it is difficult to change that. Afterwards, we should not keep the same bodies by simply changing their names", warns Eva Janadin, who pleads for a better decentralized organization. adapted to a religion without clergy or a clear hierarchy.

“It is a question here of operating a rebalancing by giving more voice to the actors in the field”, analyzes Frank Frégosi.

“However, I observe that the opportunity was not taken to allow the faithful to elect their representatives. This option was never put forward, nor officially supported,” adds the sociologist.

>> To see: Islam in France: the former imam Mohamed Bajrafil intends to continue the fight of ideas

Because by choosing the actors of Forif itself, the State lends itself to criticism of interference, with the risk of creating a new illegitimate body in the eyes of the five to six million Muslims of France.

"Engage in dialogue is very good but it is not up to the prefects to designate the representatives of the Muslim religion", protests Abdallah Zekri.

"We have to get out, and I'm sorry to say it, of this colonial spirit in the way of leading Islam in France."

“I hope that we will finally be able to bring out the positive from this forum”, hopes for her part Eva Janadin.

"But the state can't do everything and it's up to Muslims to take responsibility for their own worship."