Louis Vuitton pays tribute on Thursday to Virgil Abloh, artistic director of men's fashion who died in November at the age of 41, by presenting his latest collection in Paris, in full suspense on his… 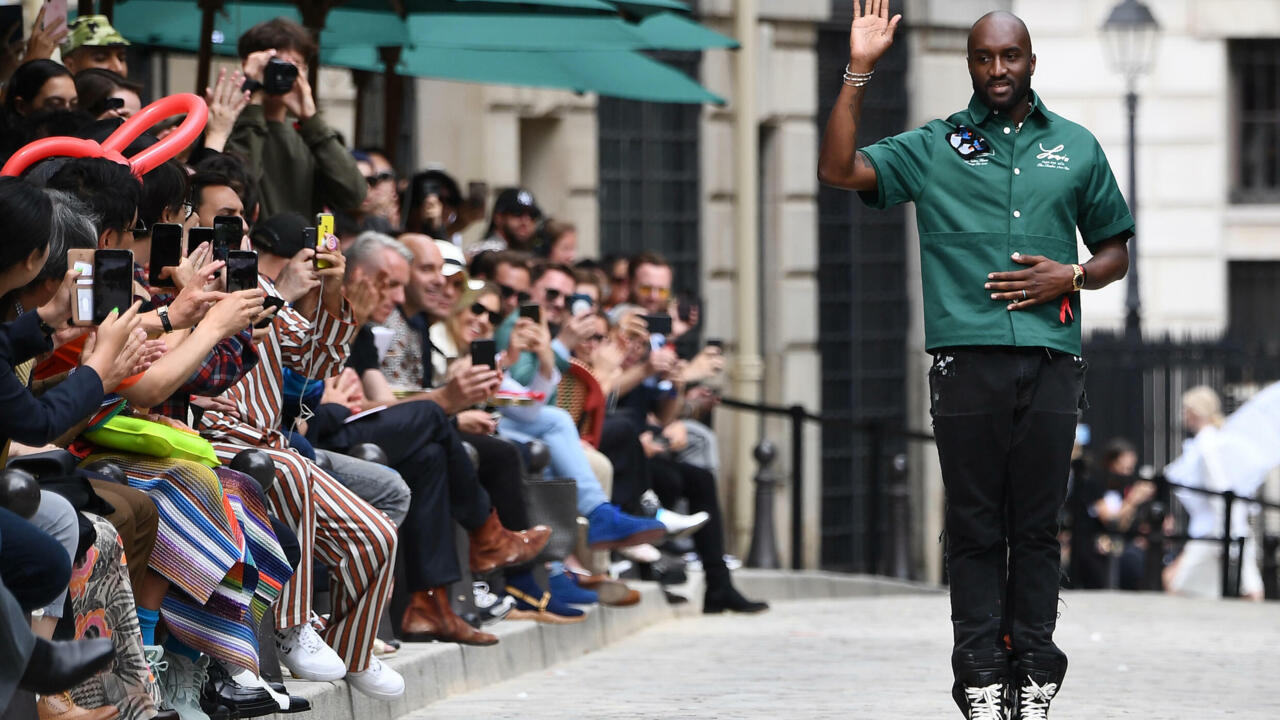 A vibrant show took place on November 30 in Miami, two days after the death of the American star designer from cancer, with an audience of celebrities including Rihanna, Kanye West, Kim Kardashian, Bella Hadid, Pharrell Williams and the Arnault family. , owner of the LVMH group.

Vuitton continues the celebration in Paris, the house's headquarters, with two fashion shows - to welcome more guests while respecting the rule of one in two seats being occupied due to Covid - which mark the highlight of the Paris loan week. -to-wear man.

The collection that will parade Thursday was "95% ready" before the death of Virgil Abloh, said Michael Burke, CEO of Louis Vuitton, in an interview with WWD, American media specializing in fashion.

This is probably the reason why the house has not communicated anything on the estate to date, opening the way to all kinds of speculation.

"It's a choice that will require daring just as Virgil's choice was daring," analyzes Serge Carreira, lecturer at Sciences Po, interviewed by AFP.

"There is a dynamic of Virgil Abloh which is still there, there is no urgency to find a successor".

The only black designer to hold a position of this level in a luxury house with Olivier Rousteing at Balmain, this jack-of-all-trades, architect and DJ "embodied a new way of understanding fashion which also includes culture, society, major movements and mixes everything" like a DJ, emphasizes Serge Carreira.

Author of multiple collaborations ranging from Nike to Evian and Ikea through exhibitions with the Japanese visual artist Takashi Murakami, "he took less elitist references and with a field of expression that really spoke to very broad categories", adds he.

"Virgil showed how to be multidisciplinary and not be afraid to create what you want. It was really powerful. He had an impact on the lives of so many people," Bianca Saunders, stylist, told AFP. Londoner with Afro-Caribbean roots that kicked off Wednesday with a show at Paris Fashion Week. She waits with great emotion to attend the Vuitton show to "honor the legacy" of Virgil Abloh whom she knew, "such a nice person".

The choice of successor, will he have to respect the heritage of Abloh who denounced racism and had campaigned for an inclusive society from his first fashion show for Vuitton in Paris in 2018, entitled "We are the World", where a cast of an emblematic diversity paraded on a rainbow crossing the Gardens of the Royal Palace.

Among the potential black candidates were cited his former collaborators Samuel Ross and Heron Preston, the artistic director of Reebok, Kerby Jean-Raymond, the British stylist Grace Wales Bonner and even the rapper and designer Kanye West, friend of Abloh.

The names of creators "unemployed" Kris van Assche after his departure from Berluti and Daniel Lee who left Bottega Veneta, but also Riccardo Tisci (Burberry, ex-Givenchy) are also mentioned.

"Virgil Abloh was a figure of diversity, of promoting the talents of color designers. It's a symbolic subject, but the question concerns the fashion industry as a whole, more than Vuitton in particular", considers Serge Carreira.

Another strong event in homage to the creator, Louis Vuitton joined forces with Sotheby's for the charity auction of 200 pairs of Louis Vuitton and Nike "Air Force 1" sneakers designed by Virgil Abloh, at a minimum of $2,000.

A pair of Louis Vuitton-Nike sneakers designed by Virgil Abloh, displayed at Sotheby's in New York on January 19, 2022, before their auction Ed JONES AFP

Proceeds will be donated to his "Post-Modern" foundation, a scholarship supporting the training of promising students of African-American and African descent.