US Secretary of State Antony Blinken is meeting his German, French and British counterparts in Berlin on Thursday to discuss tensions on the Ukraine-Russia border. 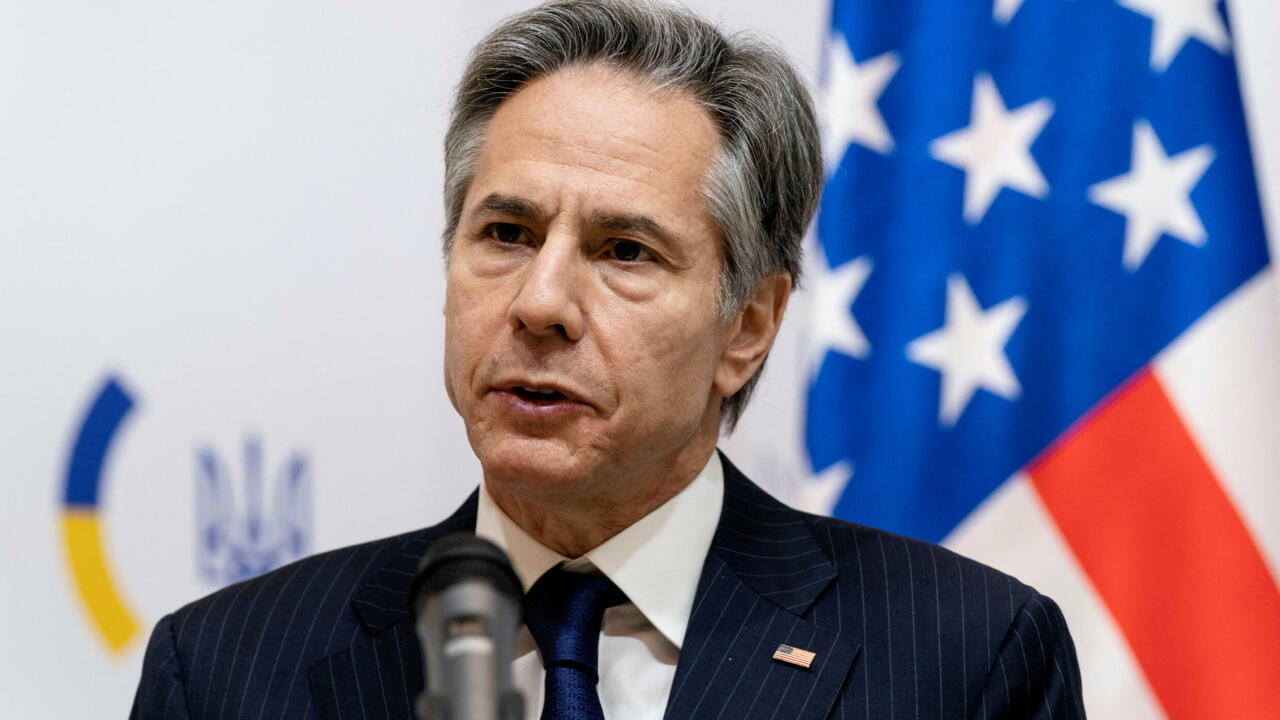 The head of American diplomacy, Antony Blinken, is expected in Berlin on Thursday January 20 to meet with his German, French and British partners on the Russian-Ukrainian crisis and prevent it from degenerating into armed conflict.

The American secretary of state still hopes to be able to find a diplomatic way out of the growing tensions between Kiev and Moscow, which has deployed thousands of troops to the Ukrainian border.

Hours before he arrived in Berlin, the White House raised its voice, promising a "tough" response if Russian troops ever entered Ukraine.

>> To read also on France 24.com: The Ukrainian army, a featherweight against the Russian steamroller?

“If Russian military forces cross the border into Ukraine, it will constitute a new invasion” that will attract “a swift, severe and united response from the United States and our allies,” White House spokeswoman said , Jen Psaki.

During a meeting Thursday morning with his French and German counterparts, as well as with the Secretary of State at the British Foreign Office, Antony Blinken will ensure European support for Russia.

A crucial interview, Friday in Geneva, with the head of Russian diplomacy, Sergei Lavrov, will follow his Berlin stop.

On Wednesday, Antony Blinken began his European tour with a visit to support Ukrainian President Volodymyr Zelensky in Kiev, during which the American diplomat urged Vladimir Putin to choose a "peaceful path".

A cycle of talks held last week in Geneva, Brussels and Vienna has only made it possible to note the gap separating Moscow and the West at this stage.

Russia has deployed tens of thousands of troops to the Ukrainian border, raising fears of an invasion.

While denying any plan of attack, the Kremlin insists that a de-escalation requires written guarantees for its security.

But Antony Blinken stressed on Wednesday that he would not present "no document" during his meeting on Friday with Russian Foreign Minister Sergei Lavrov.

"We have to see where we stand and whether there are still opportunities to pursue diplomacy," he said, noting that some Russian demands were "clearly, absolutely doomed," such as the engagement never to enlarge NATO to Ukraine.

In addition to a treaty banning any enlargement of the Atlantic Alliance to Ukraine but also to Georgia, another former Soviet republic, Russia is demanding that the Americans and their allies give up organizing military maneuvers and deployments in Eastern Europe.

Moscow has made its demands non-negotiable, and the United States has deemed them essentially unacceptable.

In this context, Washington announced on Wednesday "a provision of $200 million in additional defensive security aid" to Ukraine, supplementing $450 million in aid already granted.

This military aid comes on top of that announced by London earlier this week: British Defense Secretary Ben Wallace said the UK would send defensive weapons to Ukraine as part of a program to help the country to secure its borders.

Germany, for its part, rejected the idea of ​​delivering arms to Ukraine, saying it would only aggravate tensions.

On a visit to Kiev and then to Moscow earlier this week, the head of German diplomacy, Annalena Baerbock, however, was very firm, assuring that her country "would do everything to guarantee the security of Ukraine" against Russia. .

And Social Democratic Chancellor Olaf Scholz on Wednesday dispelled ambiguities over the future of the controversial Nord Stream 2 gas pipeline. Germany, the project's main backer, has pledged to the Americans to block its commissioning if the Russia was attacking Ukraine, he said.

Russia denies any belligerent ambition in Ukraine, says it is threatened by the strengthening of NATO in the region and assures that its thousands of soldiers on the Ukrainian border are not a threat.

In response to a pro-Western revolution in Ukraine, Russia already annexed Ukraine's Crimean peninsula in 2014 and is widely seen as the military sponsor of pro-Russian separatists in eastern Ukraine, the scene of a war since almost eight years.