The growth of neo-Nazi sentiment in Ukraine does not worry "Western partners" and relevant international organizations, said Russian Foreign Ministry spokeswoman Maria Zakharova. She also drew attention to the renaming of a tram stop in Kiev in honor of Roman Shukhevych, who served in the SS troops. 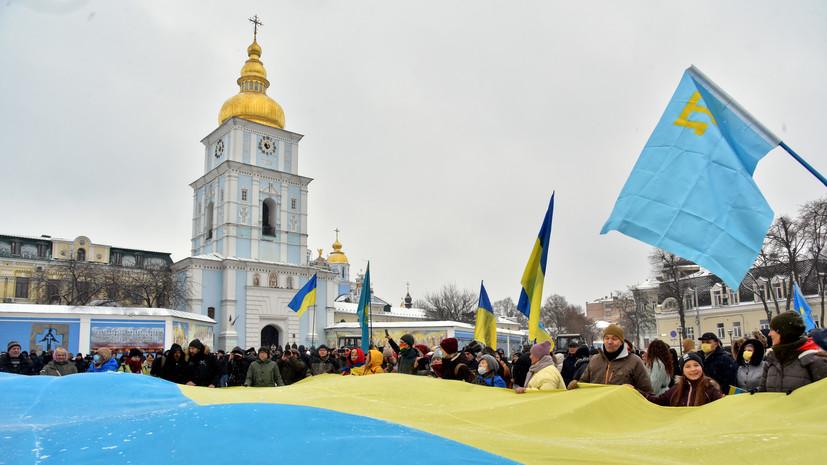 “Once again we are forced to draw attention to the topic of rampant neo-Nazism in Ukraine.

Recently, the Kiev City Council renamed in honor of the head of the Organization of Ukrainian Nationalists * Roman Shukhevych, who served in the SS troops, a public transport stop that previously bore the name of General Nikolai Fedorovich Vatutin, the liberator of the Ukrainian capital from the Nazis.

Do you still need some additional evidence of what is happening there?

Zakharova said during the briefing.

She also cited as an example the threats coming from the ultranationalists against the anti-fascist, the head of the Ukrainian Jewish Committee, Eduard Dolinsky.

“Unfortunately, the growth of neo-Nazi sentiment in Ukraine is of no concern to either our Western partners or relevant international organizations,” the Foreign Ministry spokeswoman said.

In December 2021, the UN General Assembly adopted a Russian resolution to combat the glorification of Nazism.

130 countries voted for the document, 49 abstained.

The United States and Ukraine were the only countries that voted against the adoption of the resolution by the UN General Assembly.

* Organization of Ukrainian nationalists - "Ukrainian Insurgent Army" (OUN-UPA) - a Ukrainian organization recognized as extremist and banned in Russia (decision of the Supreme Court of the Russian Federation of 11/17/2014).