China News Service, January 20. Comprehensive report. On January 19, local time, US President Biden held a press conference to summarize his achievements one year after taking office. At this nearly 2-hour press conference, he responded to domestic and foreign hot issues such as the response to the new crown epidemic, inflation, the situation in Russia and Ukraine, and the withdrawal of troops f 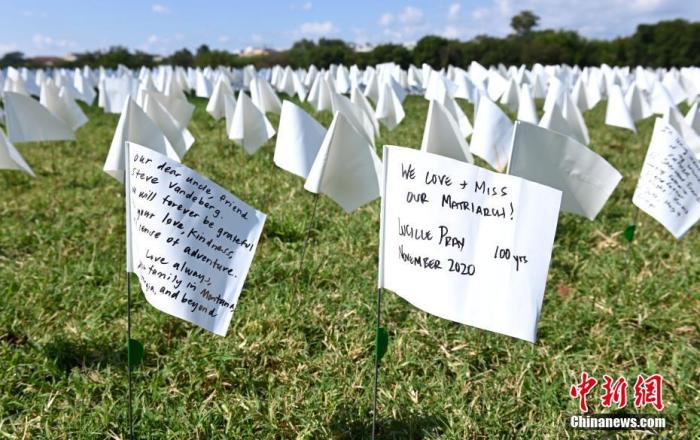 At this nearly 2-hour press conference, he responded to domestic and foreign hot issues such as the response to the new crown epidemic, inflation, the situation in Russia and Ukraine, and the withdrawal of troops from Afghanistan.

"It's been a challenging year, but also a year of great progress," he said.

Outperforming expectations in response to the epidemic

In his first official news conference this year, Biden acknowledged that the new crown epidemic has left Americans tired and demoralized, but still said he has "performed" in his response to the outbreak.

He also said Americans are battling a high cost of living, and he supports the Fed's efforts to fight inflation.

At the same time, under the influence of various factors during the epidemic, the prices of food, housing, and energy in the United States increased at different rates. In December last year, the inflation level hit the highest level in nearly 40 years.

Data map: On September 18, 2021 local time, hundreds of thousands of white flags were planted on the National Mall in Washington, the capital of the United States, to mourn the deceased of the new crown.

Let's talk about the withdrawal of troops from Afghanistan

Biden has again defended it about five months after the hastily withdrawn U.S. troops from Afghanistan, blaming previous administrations.

"After 20 years in Afghanistan, it is unlikely that we will withdraw troops from Afghanistan easily. I will not apologize for what I did," he told a news conference. He also said, "There are all kinds of Problems, we can't solve all problems. So I don't think it's a capacity issue."

In August 2021, chaos continued during the U.S. withdrawal from Afghanistan. A series of explosions in Kabul killed dozens of Afghan civilians and 13 U.S. troops.

On August 29, 2021 local time, a rocket attacked a residential area near the Kabul International Airport in the capital of Afghanistan on the 29th, killing six civilians.

'If Russia invades Ukraine, it will pay a heavy price'

At the press conference that day, Biden also warned that Russia will pay a heavy price for invading Ukraine, including serious casualties and economic damage.

"I think he's going to invade, and he has to act," Biden said at a news conference. However, he stressed that if Russia does invade Ukraine, U.S. allies and partners are prepared to face Russia and its economy. At a heavy price, it would be "a disaster" for Russia.

Biden also expressed his willingness to hold talks with Putin.

He believes there is still a "possibility" to resolve the impasse in Ukraine through talks.

Since November last year, the situation on the Ukrainian-Russian border has continued to be tense.

Both the United States and Ukraine have claimed that Russia may be preparing to "invade" Ukraine.

Russia has repeatedly denied this.

Russia and the United States, NATO and other countries have conducted dialogues many times, but they have not achieved substantive results.

The US media noted that this press conference is an opportunity for Biden to focus outside attention on some of the highlights of his tenure.

But the Biden administration is also facing the difficulty of the mid-term elections approaching and the declining approval rating.

Biden's first year as president is coming to an end, with 41 percent of Americans approving of the way he works and 54 percent disapproving, according to the latest CNN poll.

A joint poll by CBS and YouGov, a polling agency, shows that the Biden administration's popular support rate has been on a downward trend.