There is no Podemos campaign without the presence of its fundamental figure. Pablo Iglesias will break into Valladolid this Saturday in the electoral race towards 13-F to support... 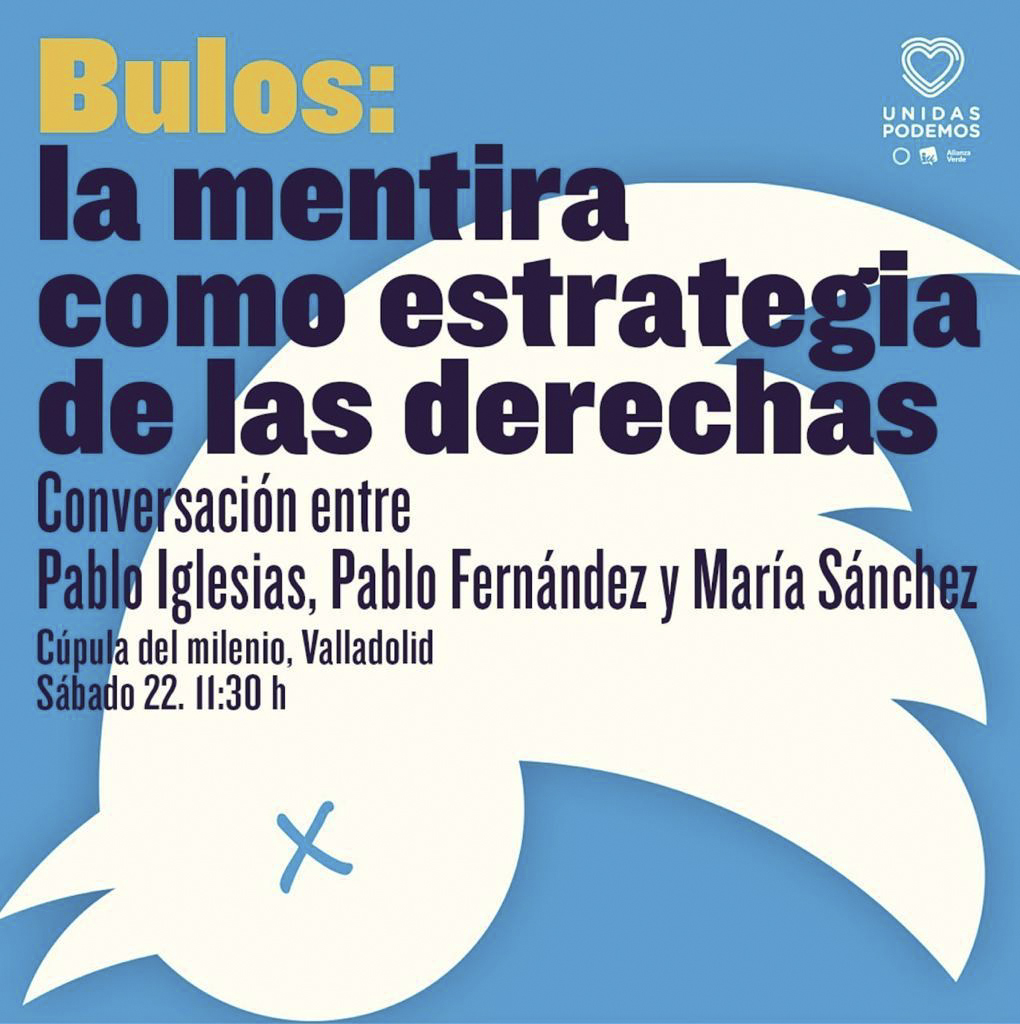 There is no Podemos campaign without the presence of its fundamental figure. Pablo Iglesias will break into Valladolid this Saturday in the electoral race towards 13-F to support the

candidates in the elections in Castilla y León and discredit the "lies" of the right as part of the political strategy of Podemos after the controversy over the flesh unleashed by Alberto Garzón.

In this way, Podemos mobilizes the former leader of the formation while waiting for his successor, Yolanda Díaz, to confirm her presence in the campaign and specify what her degree of involvement will be in Castilla y León, where for the moment she has barely sent supporting winks.

party they assure that the vice president will participate in at least one of the main events of the campaign, but that the calendar of meetings has not yet been closed.

To the lack of certainty, it must be added that the also Minister of Labor announced this Tuesday that she was confined after contracting Covid-19.

A contagion that has forced him to cancel his agenda in the short term and that, according to those around him, further moves away the possible date of Diaz's participation in the campaign.

Meanwhile, Pablo Iglesias will break into the caravan towards 13-F to try to dismantle the arguments of the PP and Vox, who have made the crisis caused by the Minister of Consumption with his statements about intensive livestock the axis of his campaign.

At first, from Podemos it was decided to pick up the glove and defend Garzón's words, since, as this newspaper published, leaders of the leadership of the formation predicted a rebound effect and that the

ones would end up extracting revenue from the controversy.

Now, however, the party's strategy turns towards pointing out the right as responsible for a false, irresponsible and destructive political discourse.

Hoaxes: lying as a right-wing strategy

, the former Vice President of the Government will develop this idea, which is what he has been defending in the different media spaces in which he has participated lately, where, in addition, he attacks the PSOE for buying the " hoaxes" of the PP and Vox.

Poster of an act of United We Can in which Pablo Iglesias participates. THE WORLD

A speech that, in substance and form - "It is very serious that the President of the Government has taken for granted news that he knows to be false," he said a few days ago - is far from that of Yolanda Díaz, who limited herself to asking , once the internal crisis broke out, that both parties that form the coalition "take care" of the relations and the pact that support the Executive.

As long as Díaz does not actively participate in the campaign, this will be the direction of the message of United We Can: discredit the right and the socialists for their lies and try to corner Alfonso Fernández Mañueco for the future judicial summonses of the PP in the region and the management territorial residences during the pandemic, an issue that was already one of the axes of the Madrid campaign on May 4 after which Iglesias announced his political goodbye.

- has never detached himself from the

agenda . And now, the great figures of the party have been called to row to achieve the best possible result in a complex territory for the left such as Castilla y León, where Podemos has a couple of deputies.

In Podemos they talk about the need to "involve" "all the actors in the political space" during the campaign.

"Pablo Iglesias is also going to support, in this case in a talk format", and they do not rule out that he repeat before 13-F.

His presence, in any case, is not a pulse for Díaz, but rather he goes to Valladolid "leaving the political role to the new actors and the coordinator of the space", they settle from the ranks of Podemos.

PoliticsLa Moncloa is fed up with the controversy over livestock: "It does not favor the Government"