NBA: Embiid magic with 50 points against Orlando, Brooklyn on the wire

Joel Embiid scored the best total of his career, scoring 50 points on Wednesday in the Philadelphia 76ers victory over the Orlando Magic (123-110) in the NBA. 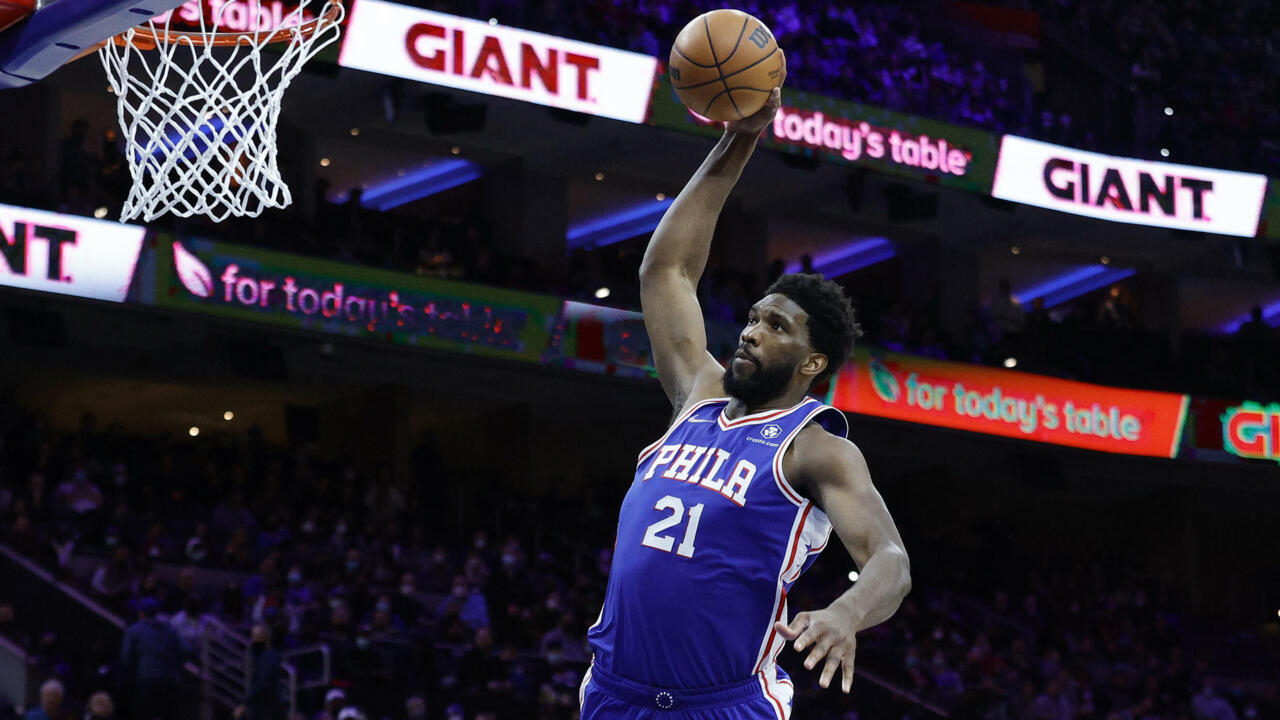 Among the other matches of the evening, the Brooklyn Nets won on the wire in Washington (119-118), their first success since Kevin Durant's knee injury on Saturday.

Embiid, he needed less than half an hour to join legends Wilt Chamberlain and Allen Iverson, the only other players to have already scored so many points in the jersey of the Sixers.

The Cameroonian found the target on 17 of his 23 attempts in the game (including a three-point shot) and scored 15 of his 17 free throws.

"I just played my game, was dominant like I was all season," added Embiid, a candidate for MVP (best player of the season) with an average of 27.3 points per game before even This meeting.

After a thunderous third quarter with 23 points scored which allowed Philadelphia to regain the advantage (94-80) after being led by ten points at the break, Embiid only played a minute in the last quarter to score his last three points, on three free throws.

In Washington, the Brooklyn Nets were carried by Kyrie Irving (30 points), who can only play away matches.

As he refuses to be vaccinated against Covid-19, it is forbidden to participate in home meetings, under the health rules in force in the State of New York.

Kyrie Irving ball in hand with the Brooklyn Nets on the floor of the Washington Wizards in the NBA on January 19, 2022 Scott Taetsch GETTY IMAGES NORTH AMERICA/AFP

The Nets remain third in the Eastern Conference behind leaders Chicago, who ended a four-game losing streak by beating Cleveland (117-104), and Miami, winner at home of Portland (104-92).

In the West, the evening was bad for the franchises of Los Angeles.