In 1975, New York was plunged into a fiscal crisis with its institutions bankrupt and with little liquidity to meet basic services. Crime was rampant at their... 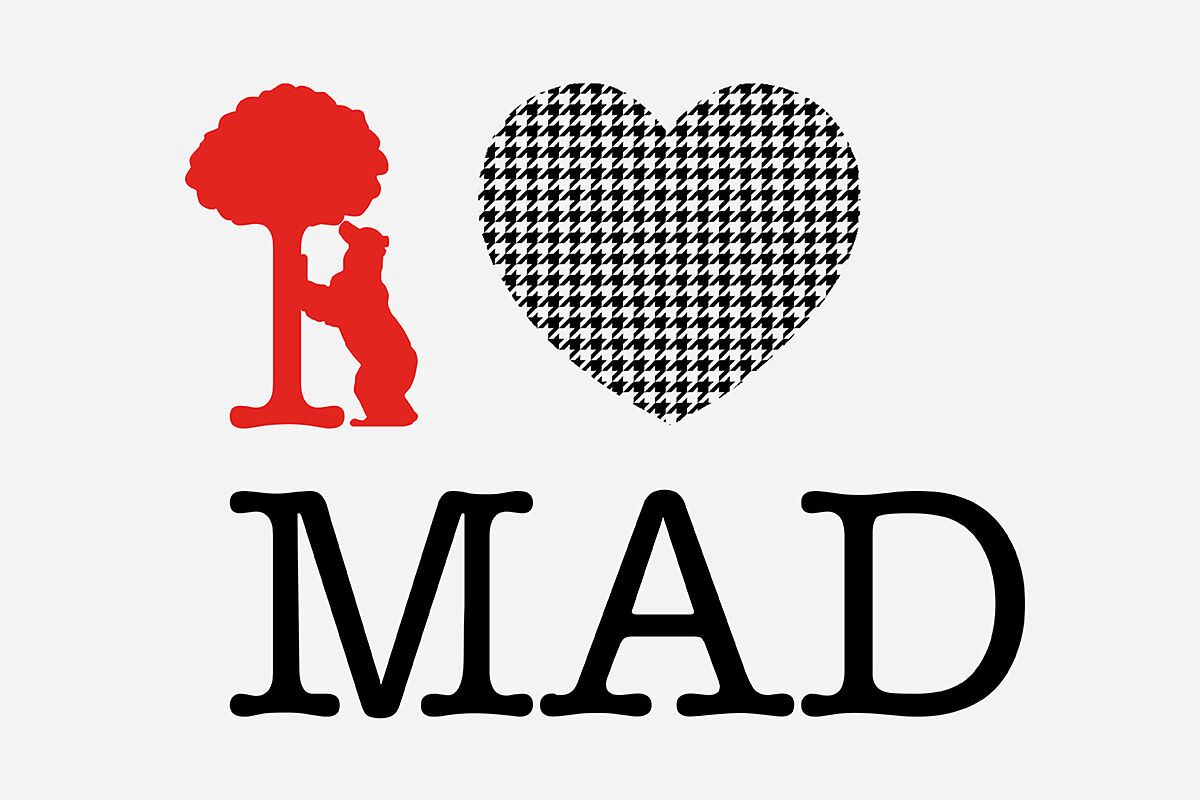 was plunged into a fiscal crisis with its institutions bankrupt and with little liquidity to meet basic services.

Crime was rampant and tourism was fleeing the city.

Two years later, in 1977, the Commerce Department looked to advertising for a solution.

And he found it in the form of a logo.

. He placed it at the end of the first line and accompanied it with the pronoun I -yo- with the initials NY -New York- below. Success does not need to be explained.

All you have to do is go get the sweatshirt, the t-shirt, the cup, the pencil and even the condoms

that your relatives or friends -some with more pleasure than others- brought you from that trip.

This is the path that Madrid wants to take now, despite the fact that its situation differs from that of New York at the end of the 1970s. Yesterday, the City Council of the capital presented, within the framework of Fitur,

, as explained by the deputy mayor Begoña Villacís. Basically add a new claim that allows attracting tourists with a logo that works as a brand.

The idea of ​​the Madrid Partnership and Brand Office, dependent on the Economy Area, is that this logo focuses more on the way of life in the capital than on a specific and singular architectural element.

the contest, which starts today and will close on March 21

, will be "fully open", they point out in Cibeles, for all creators and agencies that want to show their ideas.

The second point they highlight is that calling this contest with an independent jury, which will "impartially" assess the three proposals -at least one will contain the word Madrid- of each participant,

will allow it to distance it from "political issues"

and ensure that the logo endures over time as a symbol.

A fact that has not been repeated with the change of mayors in Madrid in the shields.

, and in this legislature the Madrid of Carmena's embraces has been relegated.

The intention is that the new design, endorsed by the competition, is maintained over time and can be developed as an image of the city like Glaser's in New York or the red and white letters of Amsterdam, which until 2018 were in front of the Rijksmuseum and now they are itinerant to avoid the agglomeration of tourists at the same point.

The Madrid City Council also proposes that the logo can be physically installed somewhere in the city, if the design allows it, although for a few months blue letters have been placed that make up Madrid in Madrid Río, because They understand that it would be another attraction for tourists.

Until reaching that point there are still two months to go and bureaucratic procedures for the participants.

All of them must present a series of documentation of their projects, which must have been designed in the last three years, in Spanish.

There, a first pre-selection will be made and those chosen will have 15 calendar days to present another second batch of documents.

Finally, those who pass this second filter will have 45 calendar days to present the final projects from which the Madrid brand will be chosen and will have 10,000 euros to develop the idea. The

Consistory will award the winner a contract for a maximum amount of €130,680, VAT included

This strategy is part of the reactivation of tourism that the Consistory has been proclaiming since the spring of 2020 and that has found its last link in Fitur.

"The fact that an international fair of these characteristics is held conveys a good image of Madrid," said the mayor, José Luis Martínez-Almeida, who today, together with Isabel Díaz Ayuso, will announce

the Madrid Turismo by Ifema platform to attract international travellers.

"We love tourism because many people eat from it," Villacís also stated yesterday, who, from the Madrid stand at Ifema, criticized "the neglect" of the national government with this sector and demanded "direct aid" of 20,000 million euros for "many families who live off tourism".

MadridThe most difficult budget pact for Almeida: "There was no other, and the price has been low", they defend in their team