FC Barcelona, ​​winner of the last edition of the King's Cup, was eliminated 3-2 after extra time Thursday in the round of 16 of the competition after a crazy scenario on the pitch of… 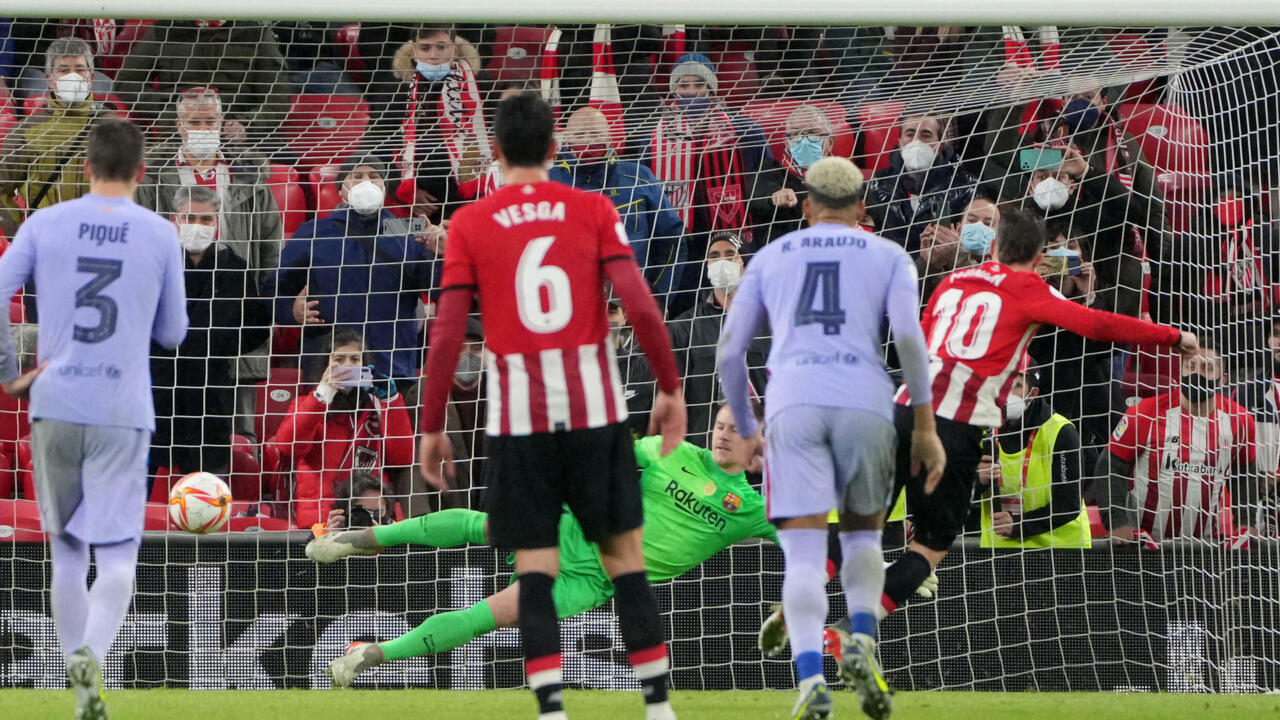 Without Ousmane Dembélé, engaged in a fiery showdown with Barça over his contract extension and forced to rest in Barcelona, ​​the "Blaugranas" managed to come back twice thanks to Ferran Torres (20th) and Pedri (90th + 3), but the final penalty from Iker Muniain in overtime (105th + 2) got the better of the Catalans.