In Rwanda, KivuWatt transforms gas from the "killer lake" into electricity

When last May the Nyiragongo volcano spat out a huge lava flow and shook the entire Lake Kivu region with its anger, KivuWatt engineers had to, despite "the fear", keep their blood-… 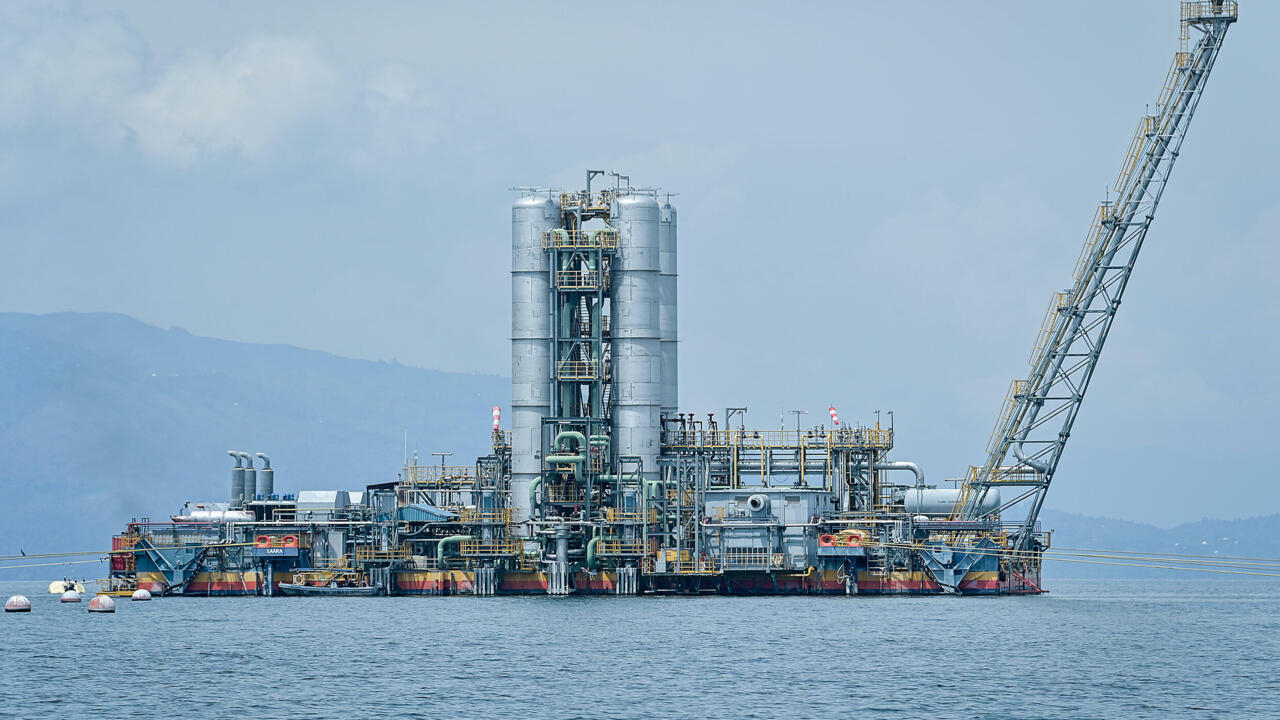 This plant, located in the middle of one of the great Rift lakes, between Rwanda and DR Congo, produces electricity from the immense quantities of gas trapped in the depths of Lake Kivu, which make it a mortal threat for its residents.

Don't be fooled by the beauty of its green hills, plunging in strings into the calm and silent waters: the Kivu is "a killer lake", immediately planted François Darchambeau, limnologist (scientist specializing in lakes) and environmental manager of KivuWatt .

The particular geology of the lake, in particular its depth and the surrounding volcanic activity, have led for thousands of years to a gigantic accumulation of methane and carbon dioxide under its surface.

"The risk with this type of lake is to have an oversaturation of gas in the water and that this triggers what we call a limnic eruption", continues this Belgian expert, while showing AFP the plant.

Either, "a huge explosion of gas, from the deep waters to the surface", he adds, detailing a catastrophic and unpredictable scenario made up of "waves, tsunamis" but, above all, a toxic cloud of CO2.

Only three "killer lakes" exist in the world: Kivu and lakes Nyos and Monoun in northwest Cameroon, both of which experienced a limnic eruption in the 1980s, killing more than 1,700 people in this rural region.

But around Lake Kivu, a densely populated region, live 2 million people who will be "in danger" in the event of a serious limnic eruption, notes Mr. Darchambeau.

On both sides of the border, fear has taken root among these residents and many popular stories describe the mysterious disappearances of swimmers, asphyxiated or sucked into the waters.

To access this unique power plant in the world, you have to climb into a speedboat, which in about twenty minutes takes you to the off-shore platform, a compact tangle of buoys and pipes, as high as a multi-storey building.

With a deafening noise, gas-saturated water is pumped there from about 350 meters below the surface (the depth of the lake reaches almost 500 meters).

As it rises, water and gas separate due to the change in pressure.

“Like when you open a bottle of soda”, explains Priysham Nundah, director of KivuWatt, an installation, he points out, “halfway between thermal power plant and renewable”.

On the one hand, the methane is sent via a pipeline to a second facility located on the shore, where it is transformed into electricity.

The CO2 is reinjected into the lake, at a depth calculated so as not to risk destabilizing it.

By gradually removing the methane, which creates pressure in the lake - one of the factors that can trigger a limnic eruption - KivuWatt is also helping to reduce the threat.

But last May, the fear of such a catastrophe was awakened when the Nyiragongo volcano, located north of the lake, erupted - another risk factor.

A massive lava flow killed 32 people and charred hundreds of homes, then earthquakes rocked the entire region as a second lava flow ripped its way deep into the earth below the lake.

From their platform, the KivuWatt engineers could see the sky turning red around "the mountain".

"It was very scary," says Priysham Nundah, the director: "When the level and frequency of the shaking started to rise...nobody really knew what was going to happen."

Faced with the danger, a stop was considered but ultimately did not take place.

It would have had serious consequences for Rwanda: KivuWatt, with its 26 megawatts (MW) inaugurated in 2015, totals 30% of the energy consumed annually in the country, according to its figures.

ContourGlobal, its US parent company which operates power plants around the world, has paused a site expansion (to 100 MW) while another company is working on a 56 MW project.

No central is expected in the short term on the Congolese side, according to information from AFP.

How long it will take KivuWatt, or others, to deplete this huge reserve of gas will depend on the pace of extraction, point out scientists, such as Martin Schmid, researcher at the Swiss Institute for Water and Aquatic Environments Research. (Eawag).

"With only KivuWatt it will take, let's say, centuries before there is a real reduction in methane in the lake", estimates this connoisseur of Kivu and its perils.