The Supreme Court of the United States rejects former President Donald Trump's request for confidentiality of the documents that a congressional committee requested for the investigation into the events of January 6 last year when the Capitol was stormed. 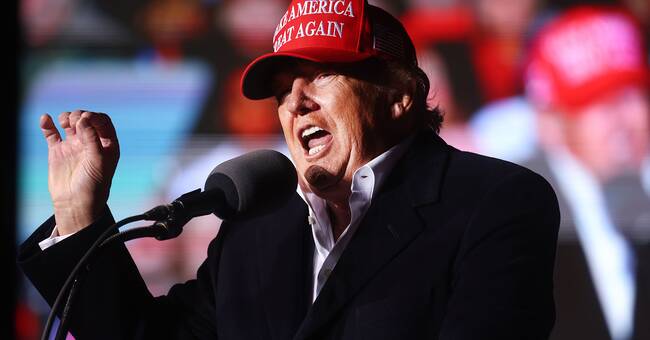 These are archived documents of about 770 pages with notes from the former president's closest associates, memoranda to the White House press secretary and draft speeches given by the then president just before what developed into a storm of Congress in the United States.

Congress wants to examine whether the speech and the preparations may have been important when Trump supporters passed security guards and penetrated the Capitol.

Five people, including a police officer, lost their lives in the attack.

With the ruling of the Supreme Court, there are no legal obstacles to handing over the documents to the Congress Committee.

Only one of HD's nine judges, Conservative Clarence Thomas, voted according to Trump's demand that the documents not be given to the congressional committee.

All the other judges - including the three Conservatives nominated by Trump himself during his presidency - voted for the committee to have access to the documents.

The ruling from the Supreme Court means that it follows an earlier ruling of an appellate court that Donald Trump can not demand that the document be stopped from being given to the congressional committee.

See clips of what Donald Trump did in 2021 below.

2021 was a hectic year for former President Donald Trump.