Flight attendant standing dizzy on the 828m building where the plane passes... why?

&lt;Oh! Click&gt; The second search term is 'Crew at 828m'. A flight attendant of an airline in the United Arab Emirates turns over a message board in his hand. 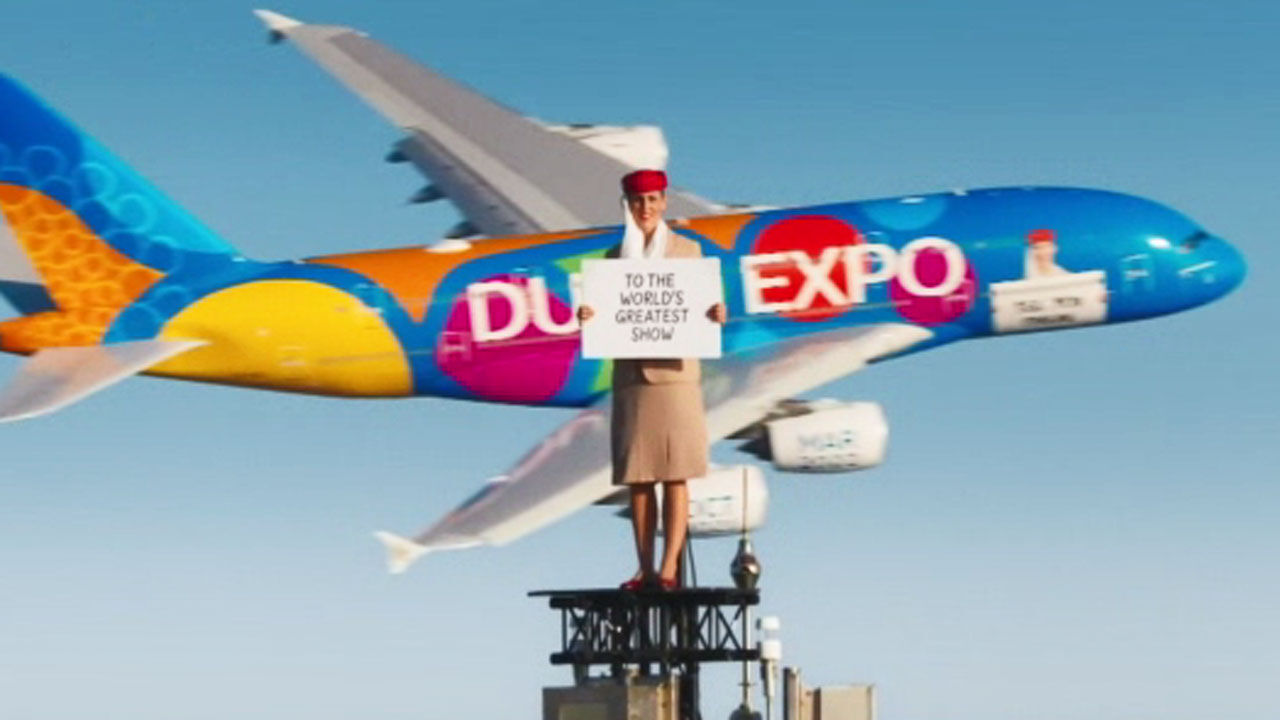 A flight attendant of an airline in the United Arab Emirates turns over a message board in his hand.

The moment they introduce Expo Dubai to the world's coolest show, the plane flies right behind them.

Turns out, this crew member was standing atop the world's tallest building, the Burj Khalifa, Dubai, at 828m.

This is a video to announce the Dubai Expo, but when the advertisement I made in August last year became popular, it was uploaded to the same place once again.

Nicole, the woman in the video, is a flight attendant for an Emirates airline, but she is also active as a stuntwoman, skydiver and adventurer.

In this challenge too, we had to climb up to the 160th floor by elevator with the experts and then climb the narrow stairs for about an hour.

After climbing to a dizzying height, I attached a safety device that secures the back of the uniform to a pole.

To get the best shot, the plane circled the crew 11 times at very low speeds.

Netizens commented, "Just looking at them makes my legs tremble. I applaud you for your courage!"

"Without any special effects... It's an extreme job. Would you like to make sure you get some bonuses?"