After he said that Putin might invade Ukraine.. Moscow criticizes Biden's statements and calls on the West to stop the militarization of the crisis

The Russian Foreign Ministry said that Washington's statements about an alleged Russian invasion of Ukraine aimed to provoke Moscow militarily, calling on Western countries to stop contributing to the militarization of the Ukrainian crisis. 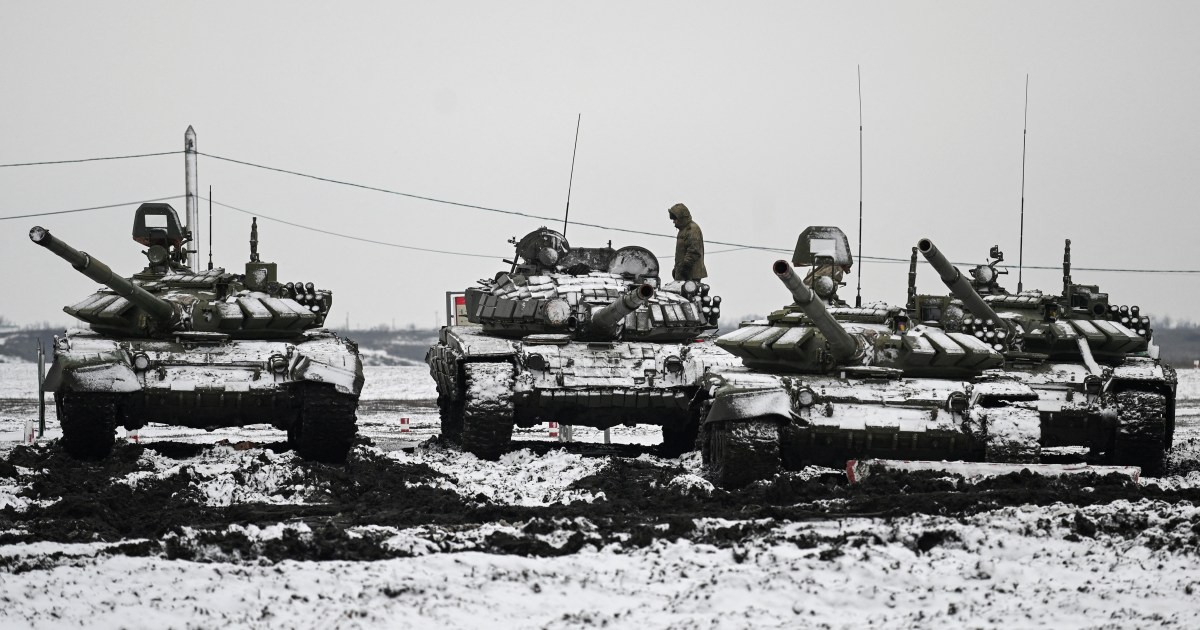 The Russian Foreign Ministry said that Washington's statements about an alleged Russian invasion of Ukraine aimed to provoke Moscow militarily, calling on Western countries to stop contributing to the militarization of the Ukrainian crisis.

US President Joe Biden expressed his belief that Russian President Vladimir Putin will invade Ukraine, while diplomatic moves and mutual pressure continue between Moscow and the West in order to reach a settlement that prevents war.

At a press conference marking one year in office, Biden warned that Russia would incur heavy human losses and a heavy economic price if it invaded Ukraine.

In a related development, the White House said that Biden was clear with Russian President Vladimir Putin in clarifying that if any Russian forces crossed the Ukrainian border, this would be considered a renewed invasion and would be met with a rapid, sharp and united response from the United States and its allies.

The White House added in a statement that Biden "recognizes in his long experience that the Russians have a history of widespread aggression, outside the military sphere, including cyber attacks and paramilitary tactics."

For its part, the Russian Foreign Ministry said that Washington's statements about an alleged Russian invasion of Ukraine aimed to "provoke us militarily," calling on Western countries to stop contributing to the militarization of the Ukrainian crisis.

The Russian Foreign Ministry also said that Kiev views the West's military aid as an authorization to launch an operation in Donbass.

US President Joe Biden also held a meeting with senators from both parties, Republicans and Democrats, to discuss the Russian military build-up on the Ukrainian border.

The White House spokeswoman said in a statement that the meeting included lawmakers who ended a visit to Ukraine, during which they affirmed US support for Ukrainian sovereignty.

Biden and lawmakers discussed ways to deal with Russian escalation, including diplomacy and deterrence.

Republican Senator Jim Cramer revealed that lawmakers are working jointly to pass a strong package of sanctions on Russia with the aim of deterring it, as he put it.

For his part, US Secretary of State Anthony Blinken said that Washington will continue its diplomatic efforts to prevent any Russian aggression against Ukraine.

He stressed, during a press conference with his Ukrainian counterpart Dmytro Kuleba in Kiev, that he would not provide a written response to his Russian counterpart during their upcoming talks in Geneva on Friday.

He said Washington had made it clear to Moscow that it would face serious consequences if it chose to attack Ukraine.

In a call with his Italian counterpart Luigi Di Maio, Blinken reiterated the United States' commitment to seeking a solution to the Ukraine crisis through diplomacy.

Blinken also stressed the crucial role that Italy, NATO and the European Union play in ensuring the security of the European continent.

In Moscow, Kremlin spokesman Dmitry Peskov said that there is a continuous supply of weapons to Ukraine in conjunction with various military exercises, which leads to more tension.

Russian Deputy Foreign Minister Sergei Ryabkov also announced that Russia has no intention of making changes to the deployment of its forces near the border with Ukraine.

For his part, French President Emmanuel Macron stressed the need for dialogue with Russia, refusing to establish spheres of influence on European soil.

In a speech before the European Parliament, Macron called for the establishment of a force for peace and balance, in reference to Europe's defense and security project.