Accidents and power outages after the snowstorm

Snowfall and strong winds that have reached hurricane strength. Night and morning storms have caused both power outages and slipperiness in parts of the country. On Gotland, 4,000 households are without electricity. - It is a tough situation here on the island, says SVT's reporter Tobias Holmqvist who is on Gotland. 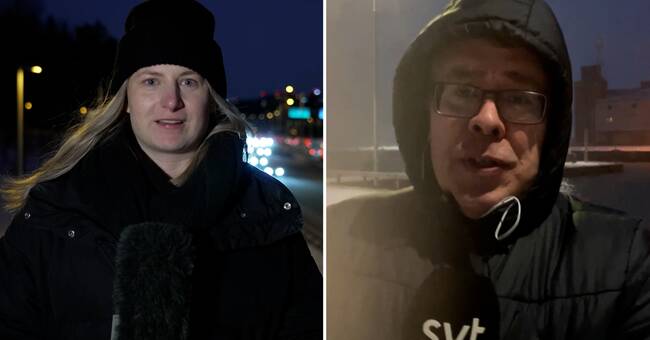 Strong winds and snowfall have drawn in over parts of the country during the night.

On Gotland, where 4,000 households were without electricity on Thursday morning, hurricane strength has been measured.

All ferry traffic between Visby and Nynäshamn has also been withdrawn there.

But it has also been really windy in other parts of the country.

- On Gotska sandön it has blown 80 seconds and many households on the island are without electricity right now.

It is a tough situation here on the island, says SVT's reporter Tobias Holmqvist who is on site.

The snowfall has moved southeast during the night and it is expected to continue to be windy in the country during the day with hard to really hard wind gusts in several places, including in the Lapland mountains.

"Will feel much colder"

They are expected to be strongest in Härjedalsfjällen, the Uppland coast and further on Gotland.

SMHI has also issued a yellow warning for gales on the Baltic Sea.

- The wind makes it feel much colder than the thermometer shows, says SVT's Meteorologist Maria Augutis.

The snowfall has during the night and morning caused several accidents on the roads.

At Södertälje on the E4, traffic has been stopped after a collision between a truck and a car during the night.

In Hedemora in Dalarna, two trucks slipped into the center railing and ended up in the ditch.

Several trees have also fallen over the roads in Svealand and Götaland.

Also in Skåne, trees have fallen over two motorways, E4 and at Vasatorp and E6 at Helsingborg south.

At the same time, several power outages have occurred in a number of parts of the country after trees were blown down over power lines.

In Jönköping, hundreds were without electricity at 06:00.

Also in Örebro County, Stockholm County, Östergötland County and Gävleborg County, households have become without electricity during yesterday evening and at night.

The snowfall is expected to continue moving east during the morning.