“The position of the Russian Federation is known”: the State Duma commented on reports of new US anti-Russian sanctions

The introduction of anti-Russian sanctions by US senators and congressmen into Congress has become such a common thing that it no longer surprises Moscow. This was stated in the State Duma, recalling that Russia reserves the right to take retaliatory measures, up to the severance of diplomatic relations. According to media reports, the project, in particular, involves the introduction of restrictive measures against a number of Russian officials, including the press secretary of the President of Russia Dmitry Peskov, Prime Minister Mikhail Mishustin and Moscow Mayor Sergei Sobyanin. 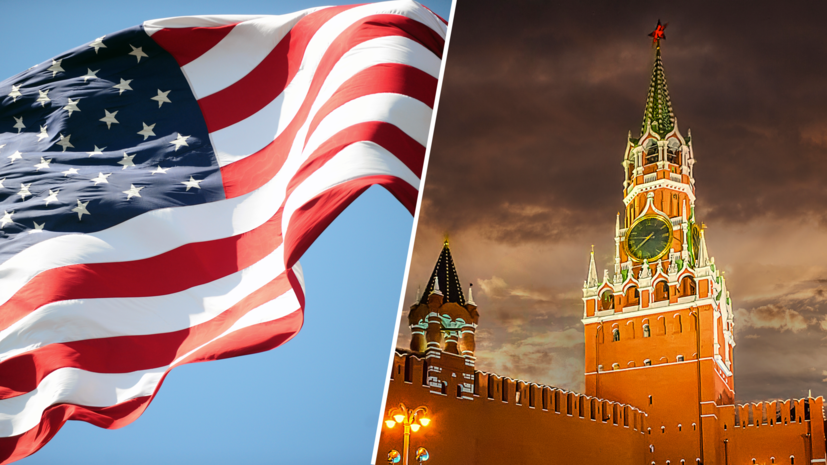 The introduction of anti-Russian sanctions by US senators and congressmen into Congress has become such a common thing that it no longer surprises Moscow, said Dmitry Belik, a member of the State Duma Committee on International Affairs.

“The introduction of a package of sanctions and their adoption are two different things.

But if these sanctions are nevertheless adopted, then the position of Russia is known - we reserve the right to take measures, up to breaking off diplomatic relations with those countries that impose sanctions on the first persons of the state, including the prime minister, ”said he.

The deputy recalled that Russia has repeatedly stated that such a measure as sanctions is counterproductive, "in whatever form they are taken."

“And the whole world, except for the United States, has already seen this.

The sanctions that have been voiced, up to the shutdown of SWIFT, will lead to a collapse.

Russia's position on this issue is well known.

We call for the prudence of such “hawks” who are trying to introduce radical sanctions ... Naturally, we will take any measures to protect our borders, ”the deputy emphasized.

Belik noted that Russia is waiting for a constructive dialogue with the United States and other European countries that are interested in the peaceful resolution of existing contradictions.

On January 19, Republican Congressman Jim Banks submitted to Congress a new draft of sanctions against Russia.

“A bill to impose sanctions against the Russian Federation and for other purposes,” the Congress website says.

According to The Washington Post, the draft of American restrictions provides for the recognition of Russia as a "state sponsor of terrorism."

“No later than 30 days after the date of the introduction of this bill, the Secretary of State will declare the Russian Federation a country whose government has repeatedly provided support to international terrorism,” RIA Novosti quotes an excerpt from a document that was at the disposal of the newspaper.

According to the publication, the project proposes to impose sanctions on a number of Russian officials, including Russian Presidential Press Secretary Dmitry Peskov, Prime Minister Mikhail Mishustin, and Moscow Mayor Sergei Sobyanin.

The head of the State Duma Committee on International Affairs, Leonid Slutsky, in his Telegram channel noted that the introduction of another bill on sanctions against the Russian Federation to the US Congress is intended to divert attention from domestic American problems and is due to the pursuit of political points, for which the image of an external enemy is being twisted in the country.

“It’s always interesting whether the authors of such initiatives think about the consequences and how immersed the congressmen are in the Russian-American and international agenda?” Slutsky noted.

He recalled that less than a month had passed since the last conversation between American leader Joe Biden and Russian President Vladimir Putin, in which the Russian leader "very clearly warned about the possibility of a complete severance of relations in the event of the introduction of the then promised "unprecedented sanctions."

“Or is all this part of the general plan to whip up anti-Russian hysteria and wrap up negotiations on security guarantees?” the deputy noted.

“The US policy in the Middle East gave birth first to ISIS* and then to Jabhat al-Nusra**, against whose militants we fought consistently in Syria.

So Russia is definitely not the sponsor of international terrorism,” Slutsky recalled.

Recently, there have been statements in Western countries about an allegedly possible Russian military invasion of Ukraine.

Moscow has repeatedly emphasized the absurdity of such accusations, and reminded that Moscow does not threaten anyone.

Earlier, Joe Biden said that Washington is preparing "never seen sanctions" for Russia in case the situation around Ukraine escalates.

At the same time, the US leader noted that such measures would harm both the world and the American economy.

Vladimir Putin, during a telephone conversation with Biden at the end of December, noted the possibility of a complete severance of relations between the two countries in the event of the introduction of the promised "unprecedented sanctions."

* "Islamic State" (IS) - the organization was recognized as a terrorist organization by the decision of the Supreme Court of the Russian Federation of December 29, 2014.

** Jabhat al-Nusra (Hayat Tahrir ash-Sham, Jabhat Fatah ash-Sham, al-Nusra Front) - the organization was recognized as a terrorist organization by the decision of the Supreme Court of the Russian Federation of December 29, 2014.