“Militants from the 3R group”: the ambassador named those involved in the murder of Russian journalists in the Central African Republic

According to the preliminary version, members of the illegal armed group 3R organized the attack, as a result of which three Russian journalists were killed in July 2018: Orkhan Dzhemal, Alexander Rastorguev and Kirill Radchenko. Earlier, the UK indicated that the circumstances of the incident indicate the commission of a murder for the purpose of robbery by persons systematically engaged in the commission of serious crimes. 3R militants are also involved in the death in May 2020 of Russian instructors who helped the CAR troops. 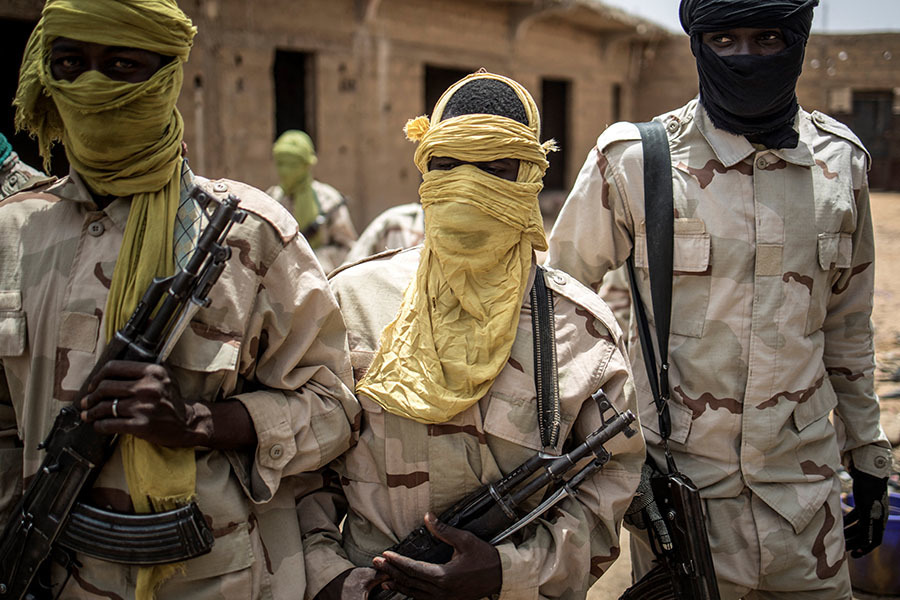 Three Russian journalists in the Central African Republic in the summer of 2018 were killed by militants from the 3R group.

This was stated by the new Russian Ambassador to the CAR Alexander Bikantov in an interview with RIA Novosti.

“The investigation into the tragedy has not yet been completed, but the local government and the Investigative Committee of Russia intend to bring the matter to an end,” he said.

The diplomat recalled that the journalists traveled at night without guards along the Decoa-Sibut highway.

“According to the preliminary version, they were stopped and killed by militants from the illegal armed group 3R,” Bikantov emphasized.

According to him, in December 2020, the CAR capital Bangui was attacked by 3R and other gangs, killing many civilians, but they failed to capture the city.

“The CAR army was able to push back the bandits from Bangui and at the beginning of 2021 push the illegal armed groups out of the borders of the CAR,” the diplomat explained.

The 3R group, whose name is an abbreviation of three French words beginning with the letter R (Retour, Réclamation et Réhabilitation - return, compensation and rehabilitation), is considered one of the most combat-ready armed formations in the Central African Republic.

Most of its members are representatives of the Fulani people.

So, at the end of 2020, 3R militants were part of a rebel coalition that tried to overthrow President Faustin-Archange Touadéra and prevent him from being re-elected.

In addition, in May of that year, they were involved in the death of three Russian instructors.

The Russians became victims of mining a road in the village of Bandiba in the northwest of the Central African Republic.

On May 28, two police cars were blown up, as a result of which two law enforcement officers of the republic were also killed, and five more people were injured.

The official representative of the government of the Central African Republic, Ange Maxim Kazaghi, called the incident a "criminal act."

In turn, Vladimir Titorenko, who at that time held the post of Russian ambassador to the CAR, said that Russian instructors helped government troops in the fight against militants in the area at the junction of the borders of the CAR, Chad and Cameroon.

“The militants from the 3R group tried to recapture the“ road of life ”, Titorenko said, stressing that the main volumes of food, consumer goods and medicines are supplied to Bangui through it.

On July 31, 2018, it became known about the death of journalist Orkhan Dzhemal, documentary filmmaker Alexander Rastorguev and cameraman Kirill Radchenko as a result of an attack by unknown persons in the Central African Republic.

Information appeared in the media that ten people in turbans who “spoke Arabic” attacked the journalists.

The Russians were in the Central African Republic on the order of the Internet project "Investigation Management Center", which invited them to film a documentary on the territory of the republic, which is "one of the ten most dangerous countries in the world."

In August 2018, the TsUR, which carried out its activities with funds received from Mikhail Khodorkovsky, was closed.

Russian investigators found that they arrived in Bangui on July 28, 2018 on tourist visas.

In the CAR capital, they, through an “unidentified” person who introduced himself as a UN employee, hired a local resident as a driver for trips around the country.

On the evening of July 30, the Russians were heading towards the city of Bambari to meet with an unidentified man.

At the same time, the local military warned them about the danger of a night trip, but they refused the offer to spend the night in the city.

Later, the car with the Russians was stopped by "a group of unknown dark-skinned armed people," who demanded that they get out and hand over their belongings, photo and video equipment.

Having been refused, the criminals shot the journalists, the driver managed to escape.

The Investigative Committee emphasized that the circumstances of the attack indicate the commission of a murder with the intent of robbery by persons systematically engaged in the commission of serious crimes in this region.

CAR President Faustin-Archange Touadéra also pointed out that the republican government is making every effort to thoroughly investigate the incident.

As Foreign Minister Sergei Lavrov noted, Russia will seek to complete the investigation into the murder of journalists in the Central African Republic.

“This is a terrible tragedy, we will ensure that the investigation is brought to an end,” he said.

The head of the Foreign Ministry also urged Russians, especially journalists, to indicate goals in their visa requests that correspond to real ones when planning trips to hot spots.

“It is better to work in hot spots, notifying the Russian state as much as possible so that we know where our people may appear.

I urge you to consider the possibilities for this in order to be more secure, ”Lavrov emphasized.