A car that was running on a frozen river fell into the ice and rescue work was in progress, and the driver was caught taking a leisurely selfie in the car, causing outrage. 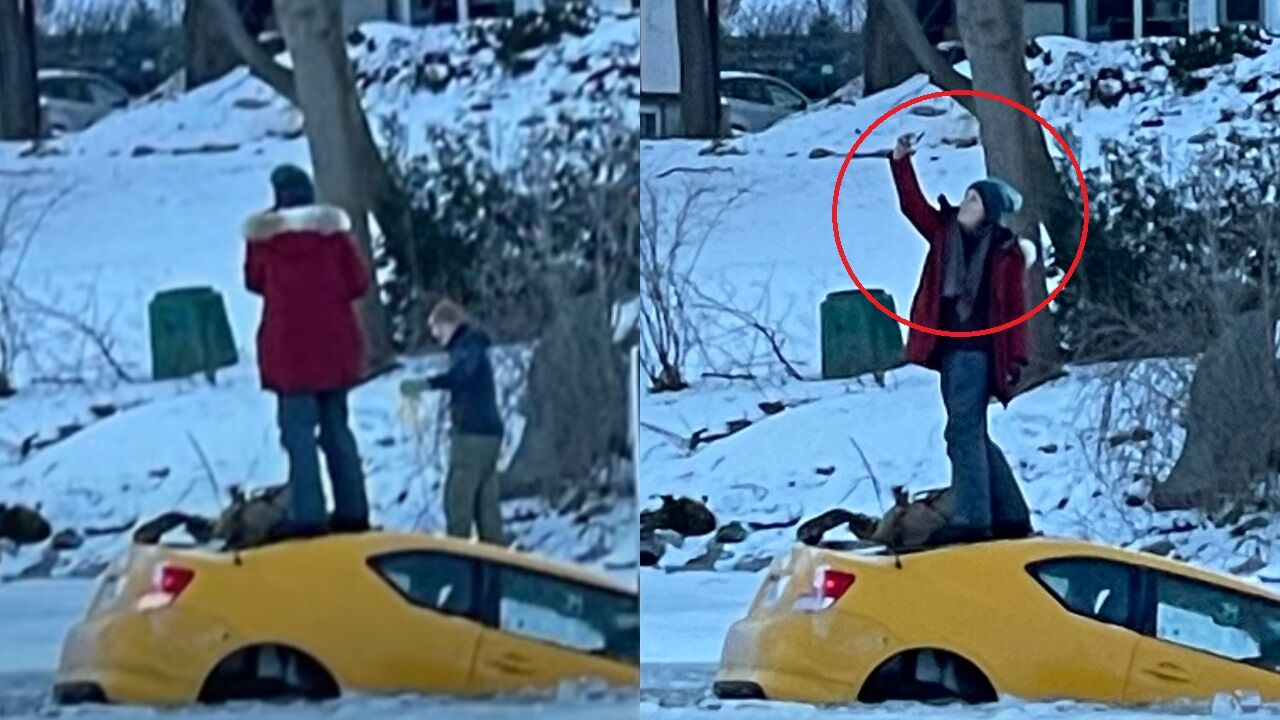 A car that was running on a frozen river fell into the ice and rescue work was in progress, and the driver was caught taking a leisurely selfie in the car, causing outrage.

On the 18th local time, foreign media such as CNN in the US reported that on the 16th, a yellow car sank through broken ice while driving along the Lido River in Ottawa, Canada.

According to the report, the yellow car was driven at a great speed on the Lido River, which was frozen due to the strong cold and even snowed on that day, and sank when the ice sheet broke.

Fortunately, the car got caught in ice and slowly submerged, while the driver, a white woman, took refuge in the trunk.

Local residents who witnessed the scene rushed to rescue.

Linda Douglas Kurilovich told CNN: "While I was on the phone with the paramedics, other people ran to get ropes and stuff." We succeeded,” he explained at the time.

The problem is the behavior of the driver during the rescue.

The driver took a leisurely selfie with the sinking car in the background while residents joined forces to help.

Kurilovich said, "The residents were worried about the driver and rushing to rescue him, but the driver was taking a selfie to capture himself at that moment."

Ottawa Police said in a statement that the driver was charged with dangerous driving.

At the time, the driver was alone in the car and no injuries were reported.

A local police official said, "It is not illegal to drive on a frozen river in a car, but it is impossible to predict how much the river will freeze in winter, so you should be very careful."