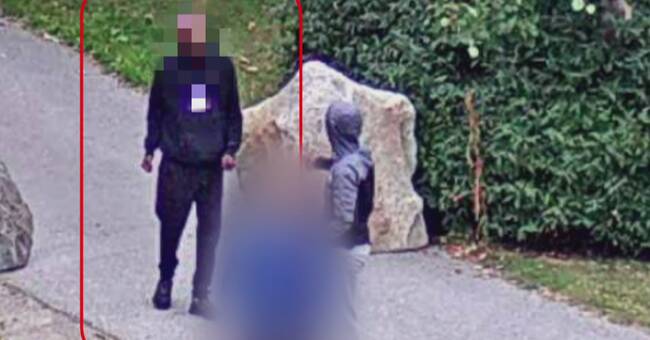 Before the murder at Notviken in Luleå, several people from different groups hung out on Porsön in Luleå where they are said to have discussed how to solve the problem with the missing rims.

Among other things, people from Luleå and Boden and the now accused shooter met in the vicinity of the 33-year-old man's apartment - who are charged with aiding and abetting murder.

Their meetings and movements were captured on foot by police scouts and surveillance cameras.

Shopped at ICA the day after the murder

In the clip above, you hear the prosecutor tell about how he thinks that the men's actions, including changing cars, indicate that they knew what the outcome of the evening could be.

The now accused men were also caught on surveillance camera while shopping at ICA in groups and socializing in the district center.

The defense: The 19-year-old tried to calm the situation

The 19-year-old's lawyer, Jonas Westerlund, on the other hand, is strongly critical of the fact that his client has been in custody for so long and is now being prosecuted.

The prosecutor's version that he must have left the scene in the same car sees the defense as a sign that the act was carried out by consensus.

- There is information in the investigation from witnesses who say that my client has been at the scene, however, there is nothing to indicate that he has any kind of involvement in the murder itself.

There is information from witnesses, including the prosecutor's so-called key witness, that my client has tried to calm the situation on the spot, says Jonas Westerlund.

The 19-year-old's lawyer, Jonas Westerlund, is strongly critical of the fact that his client has been in custody for so long and is now being prosecuted.

Hear him tell why in the clip.