Organized crime behind the trade in black contracts

On Tuesday, the trial began in Sweden's largest prosecution to date regarding the sale of leases. The tangle began to be unwound in connection with a drug and weapons seizure. The serious crime is never far away, says police Kristian Halldin. 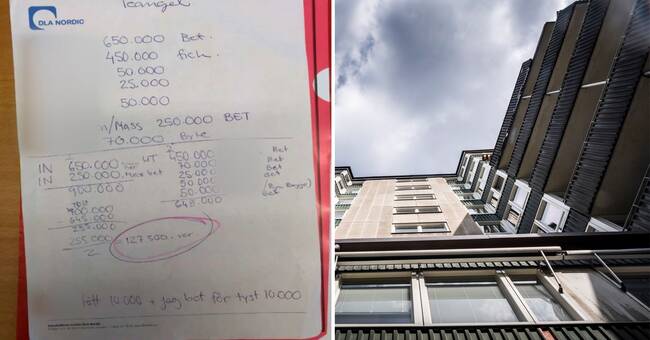 It all started with a van in Farsta being seized by the Enforcement Officer.

And the owner made sure to get the van.

Hidden in it were 20 kilos of amphetamine, four pistols and an AK4.

The police also knew this, who were patiently waiting for the car to be picked up so that the 45-year-old man could be arrested.

In connection with the criminal investigation, the police could see that the debt to the Enforcement Officer had been paid by a 53-year-old woman on Lidingö.

And during the house search of the woman, the police found extensive evidence that the woman made a lot of money from brokering leases in black.

She ran the business with her daughter.

Notes and text messages reveal that the women earned millions of kronor between 2017 and 2019.

The prosecution itself is the largest so far in Sweden regarding the sale of black contracts.

In addition to the women, 13 salespeople are also charged.

The police have not been able to find out which more people have been allowed to see the income.

Thus, it is not certain that their business activities have been linked to serious criminals.

But Kristian Halldin, operations expert at the police's National Operations Department, believes that organized crime is never far away.

- Somewhere there is a bridge into this from another type of crime.

It is probably a fairly pleasant existence to do real estate compared to selling drugs, in addition, it is a fairly low risk of discovery, he says.

Black contracts are sold all over Sweden but are most common in the metropolitan regions, as well as in student cities.

And it is possible to make big money, a tenancy in Stockholm's inner city costs around SEK 200,000 per room, according to Halldin.

- I think you should think about who you team up with.

You may be required to pay more money and make additional payments.

If you go into business with organized crime, you can not know where it is going.

The women charged in the case deny the crime.