Mountaineering: Dubouloz climbs the north face of the Grandes Jorasses solo, a first in winter

"I wanted to make a nice trip without taking the plane": more than a trip, Charles Dubouloz achieved a feat worthy of the greatest mountaineers on Tuesday by climbing the mythical and dangerous face no… 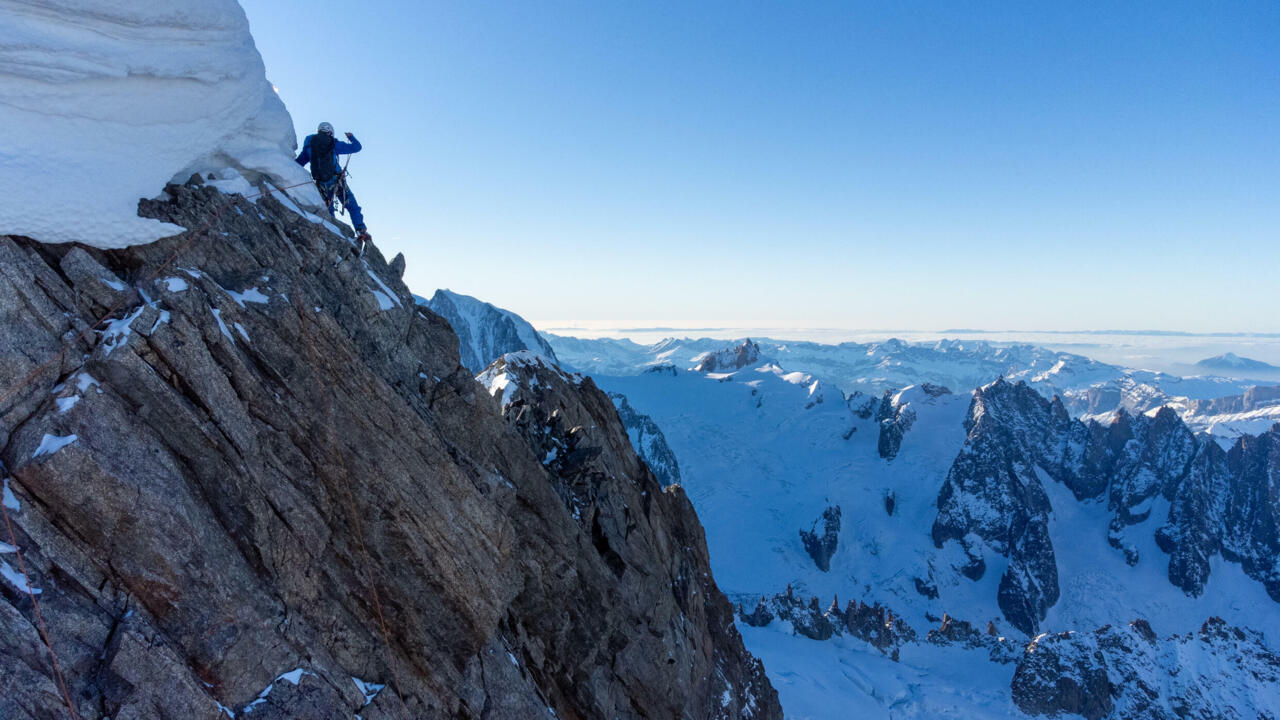 After six days and five nights fighting against the icy wind, thwarting the traps of the stone which crumbles almost with each blow of the ice axe, not eating while moving against a frozen wall sometimes with his bare hands, Charles Dubouloz is still on a peak, that of exceptional performance.

On Wednesday, he found Chamonix from where he had left on January 13 with two backpacks, a duvet, a small hammock and some food.

The mountain guide is incredibly smiling despite the intense fatigue and the frostbite from which he suffers.

His hands are terribly damaged but his eyes shine.

"It's the quintessence of mountaineering, going solo and even more so in winter. I'm touching a dream," he first told AFP, having just come down.

"When I got to the top, I cried a lot, I lay down. I felt a huge sense of accomplishment. Alone, it adds commitment, everything is stronger, in the manipulation of ropes for example To arrive on your own on your own, on tough routes, it's incredible. It's an extra dimension".

The 32-year-old mountaineer reached the summit of the Grandes Jorasses (4208 m) on Tuesday after an ascent of 1100 meters by the Rolling Stones route, dry and known for its bad stones, opened in the summer of 1979 by four Slovak mountaineers and to which no one had yet tackled solo and in winter, where the temperatures at night are close to minus thirty degrees in feeling.

He recounts his ascent carried out in artificial mode (with pitons, nuts and stirrups) with fear as his only companion.

"I only did one bivouac in a hammock, I was glued to the ice, it's not very pleasant. To rest, I laid down with my ice ax and tried to make room for myself on the spaces 1.50 m long and 1.70 m wide, suddenly I slept half-sitting", he recalls, stressing that he "almost not ate during the six days, surely "linked to stress".

"This kind of ascent is played on a thin rope, it's always on the edge of something; the result can be accident or death. I admit, I was often scared. There was lengths, including one in particular on very bad rocks, where I was scared all along. There are blocks that move, you have to climb on eggs", he says.

Dubouloz, already author in 2021 of the ascent of the north face of the Petits Drus in the same massif and the opening of a new route in duet with Benjamin Védrines on the north face of Chamlang (7319 meters, Nepal), s is now in line with the masters of French mountaineering such as Jean-Christophe Lafaille, Marc Batard, Lionel Daudet and Christophe Moulin.

"What Charles has done is a feat, it's an ordeal to test himself and draw on his resources. It's almost in the field of meditation. We find the roots of mountaineering. In addition in winter in Routes like this are almost bestial. You need exceptional abilities," Christophe Moulin, who climbed this same north face in winter in 2006, told AFP, but with two rope companions.

Photo by Seb Montaz Studio transmitted to AFP showing French mountaineer Charles Dubouloz on January 19, 2022 during his solo and winter ascent of the north face of the Grandes Jorasses, in the Mont-Blanc massif Sebastien MONTAZ-ROSSET SEB MONTAZ STUDIO/AFP

"It's an extremely high and challenging face. It's one of the most difficult mountains in all the Alps to climb. It's a degrading granite, with a lot of rocks in balance. It's very cold, the days are shorter so we are sure to spend more time there, the slightest gust of wind is an ordeal. To succeed alone, you really have to be one of the best mountaineers", says Moulin.

With this unprecedented ascent, Charles Dubouloz has brought back to the fore the front of the stage "the great adventurer solo" in the Alps, which made people dream in the 1990s and 2000s before passing into the background in favor of "the great ropes and the records of speed", according to Moulin.