On the occasion of the delivery of six Rafale aircraft purchased last year from France, an official ceremony took place this Wednesday at midday at an air base located 40 kilometers from… 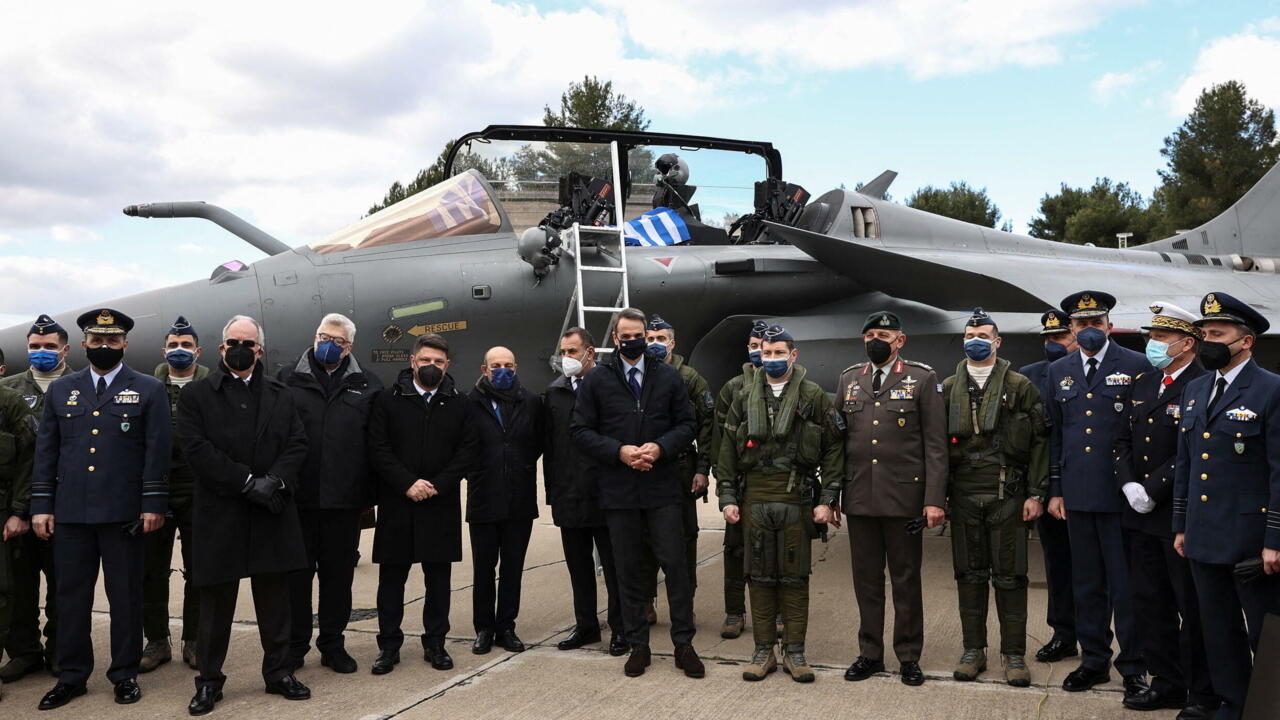 Greek Prime Minister Kyriakos Mitsotakis (c) poses for a photo with soldiers, during the ceremony for the arrival of the first Rafale planes from France, in Tanagra, January 19, 2022. REUTERS - ALKIS KONSTANTINIDIS

On the occasion of the delivery of six Rafale aircraft purchased last year from France, an official ceremony took place this Wednesday at midday at an air base located 40 kilometers from Athens.

It was under a cloudy sky that a handful of French-made planes paraded through the air before reaching the military base of Tanagra, on the outskirts of the Greek capital.

A few minutes later, during a speech relayed live on television, Prime Minister Kyriakos Mitsotakis took the floor on the same basis to welcome the arrival of these

, whose capabilities he praised of deterrence.

The new Rafale aircraft that have just landed here today are now ready to take off to foster a better and more peaceful environment throughout the region in the future.

(…) Moreover, and I keep repeating it with the same determination: our country is striving to close the door in the face of the various threats, while at the same time leaving open the window of dialogue

with the Turkish neighbor, in particular on the

question of gas in the eastern Mediterranean  and the maritime borders between the two countries, also prompted Greece to order

Military purchases and a proximity to Paris that Athens considers a sign of a more autonomous European defense.

A contract estimated for the Greek air force at more than 3 billion euros.