Covid-19: the transition to an endemic form, a scenario not without danger, warns the WHO

We would be on the verge of going from Covid pandemic to endemic. Translation: we will have to get used to living with the virus, a bit like with the flu. Behind this word, endemic, there is on... 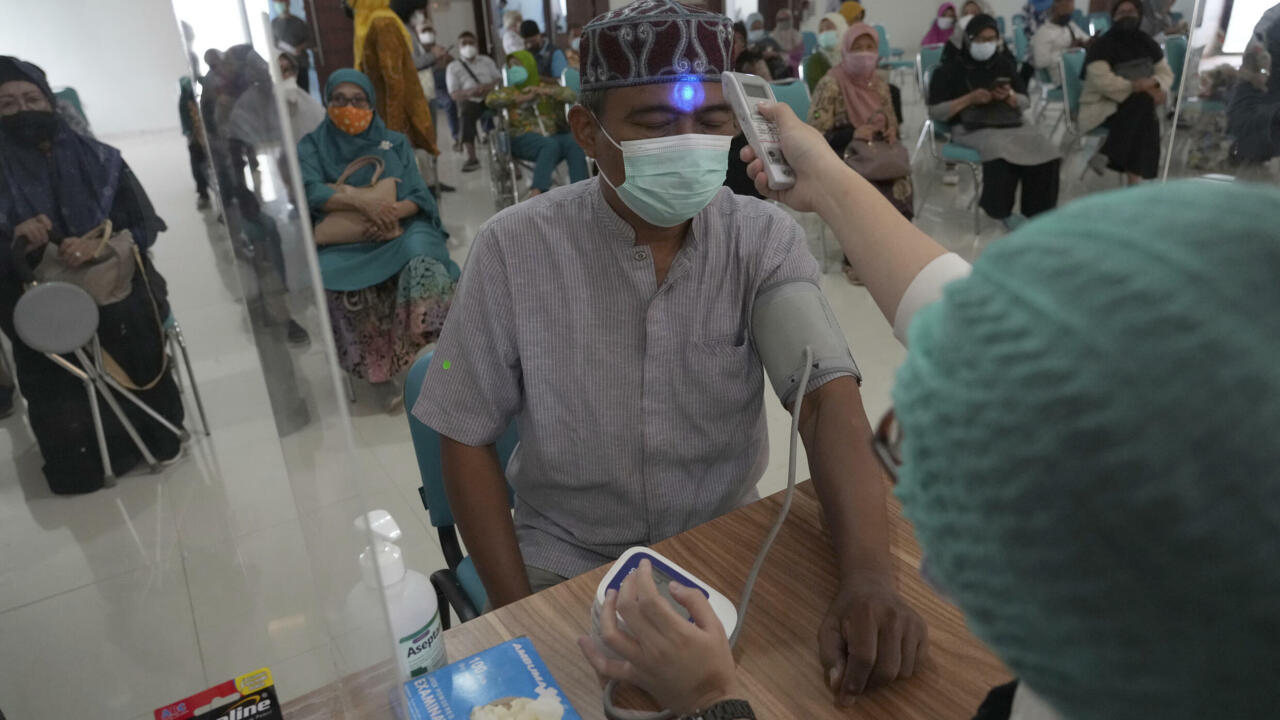 Covid-19: the transition to an endemic form, a scenario not without danger, warns the WHO

A vaccination center during a third vaccination campaign at a hospital in Tangerang, Indonesia, January 12, 2022. AP - Tatan Syuflana

We would be on the verge of going from Covid pandemic to endemic.

Translation: you will have to get used to living with the virus, a bit like with the flu.

Behind this word, endemic, there is above all the hope of reconnecting with life before without restriction of any kind.

An endemic is a disease that is permanently rife in a region.

The definition of the Larousse dictionary seems consistent with the scenario envisaged by many countries, particularly in Europe: that of a Covid which would circulate constantly among the population but without causing major disruptions in society and in hospitals, thanks to immunity acquired with the Omicron wave, explains our correspondent in Geneva

But the problem is not just semantics, warns WHO emergency operations director Mike Ryan:

We will not eradicate the virus this year.

We may never get there.

Viruses that cause pandemics eventually become part of the ecosystem.

We now make the difference between a pandemic and an endemic.

But malaria is endemic.

It causes hundreds of thousands of deaths.

Violence in some neighborhoods too.

It just means it's there forever.

An endemic virus is no less virulent.

It is simply the population that is better immunized by vaccination or by contamination.

The endemic in fact implies that there is a form of balance between the virus and this immunity.

Except that it is still too early to know if we have reached this balance.

Especially because of vaccine inequality, conducive to the emergence of new variants.

This is particularly true in Africa where only 7% of the population has received a full vaccination schedule.

Read also: WHO calls for a boost to vaccination in Africa

The WHO official also raised the possibility that in the future three or four injections will be considered the normal number of doses to escape the most severe forms of Covid.

We will no longer call (these injections) boosters.

The Covid-19 pandemic has killed at least 5,543,637 people worldwide since the end of December 2019, according to a report established by AFP from official sources, Tuesday January 18 at 11:00 a.m. UT.

Brazil recorded a new record for Covid-19 contamination in 24 hours, with 137,103 cases, according to the latest report provided on Tuesday by the Ministry of Health.

In France, the daily number of new cases has exceeded 300,000 on average over the past seven days and the total number of deaths since the start of the pandemic almost two years ago stands at 127,690, according to the data published this Tuesday by Public Health France.

The WHO estimates, taking into account the excess mortality directly and indirectly linked to Covid-19, that the toll of the pandemic could be two to three times higher than that officially recorded.

To read also: China: the Omicron variant would have arrived in Beijing "via" a letter from North America