Today, the Houthis broadcast a video that they said was related to their targeting of facilities at Abu Dhabi International Airport in 2018, with a drone, and the UAE had denied that the airport had been attacked. 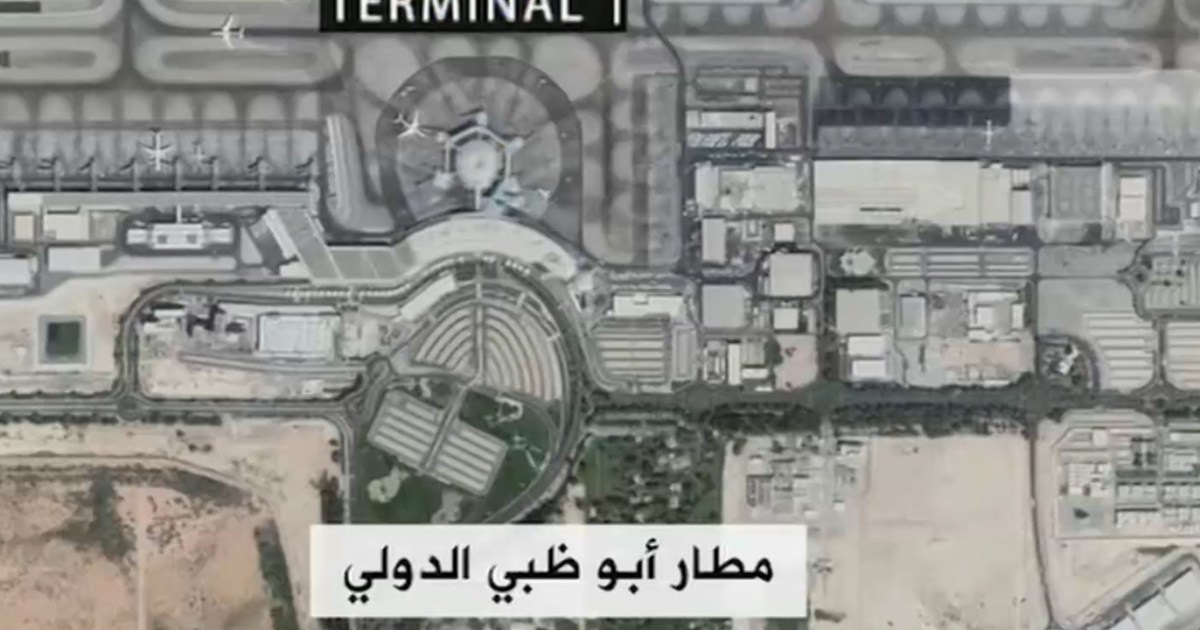 Today, the Houthis broadcast a video that they said was related to their targeting of facilities at Abu Dhabi International Airport in 2018, with a drone. The UAE denied that the airport had been attacked, and Abu Dhabi said that the accident was caused by a supply vehicle.

The Houthis said that the plane that was used in the attack on Abu Dhabi airport is called "Sammad 3", and it targeted Passenger Terminal One.

For his part, the Houthi military spokesman confirmed that these pictures were obtained from private sources from inside the airport, stressing that there are pictures of other operations that will be revealed later.

The Houthis' publication of pictures of targeting Abu Dhabi airport comes at a time when the group announced the implementation of a third attack in less than 48 hours with a drone on Najran Airport, in southern Saudi Arabia. The attack targeted the Patriot anti-missile system and the air base in the region.

After these photos were broadcast, Houthi spokesman Muhammad Abdul Salam responded to the tweet of the UAE Minister of State for Foreign Affairs, Anwar Gargash:

On December 3, 2017, the Houthi group said that it had launched a cruise missile targeting the Barak nuclear reactor in the city of Abu Dhabi.

The National Emergency and Crisis Management Authority in the UAE denied the Houthis' announcement, noting in a statement that "the UAE has an air defense system capable of dealing with any threat of any kind," but the UAE has postponed the opening of the project more than once.

On July 26, 2018, the Houthis announced targeting Abu Dhabi International Airport with a drone strike, while the UAE denied this altogether.

The Emirati airport published a tweet in which it confirmed an accident caused by a vehicle transporting supplies and did not affect the conduct of operations, and ridiculed the Houthi announcement.

On August 27, 2018, the Houthi group in Yemen announced that it had bombed Dubai International Airport in the UAE with a drone in response to what it described as the crimes of aggression, at a time when the UAE denied that the airport was bombed, and said that flights are running normally.

A few days later, on September 1, the Houthi group announced the bombing of the Dubai International Airport in the UAE by the Air Force, with a Sammad-3 drone, but the UAE authorities denied this.

Al Masirah TV, quoting a source from the Air Force, said that a Samad 3 drone had carried out a series of raids on Dubai International Airport, which is more than 1,200 km from Yemen.

The closest areas from which drones can be launched are the areas in northeastern Yemen, such as Al-Jawf, Marib, Shabwa and Al-Bayda.

It is noteworthy that during the years 2017 and 2018, leaders of the Houthi group, including the group's leader, Abdul-Malik al-Houthi, threatened to strike vital and investment facilities in the UAE, and warned investors against this.