The PP increases the pressure on the Government for the management of European funds. He challenges the 22 ministers to parade through Congress one by one to submit to the control of... 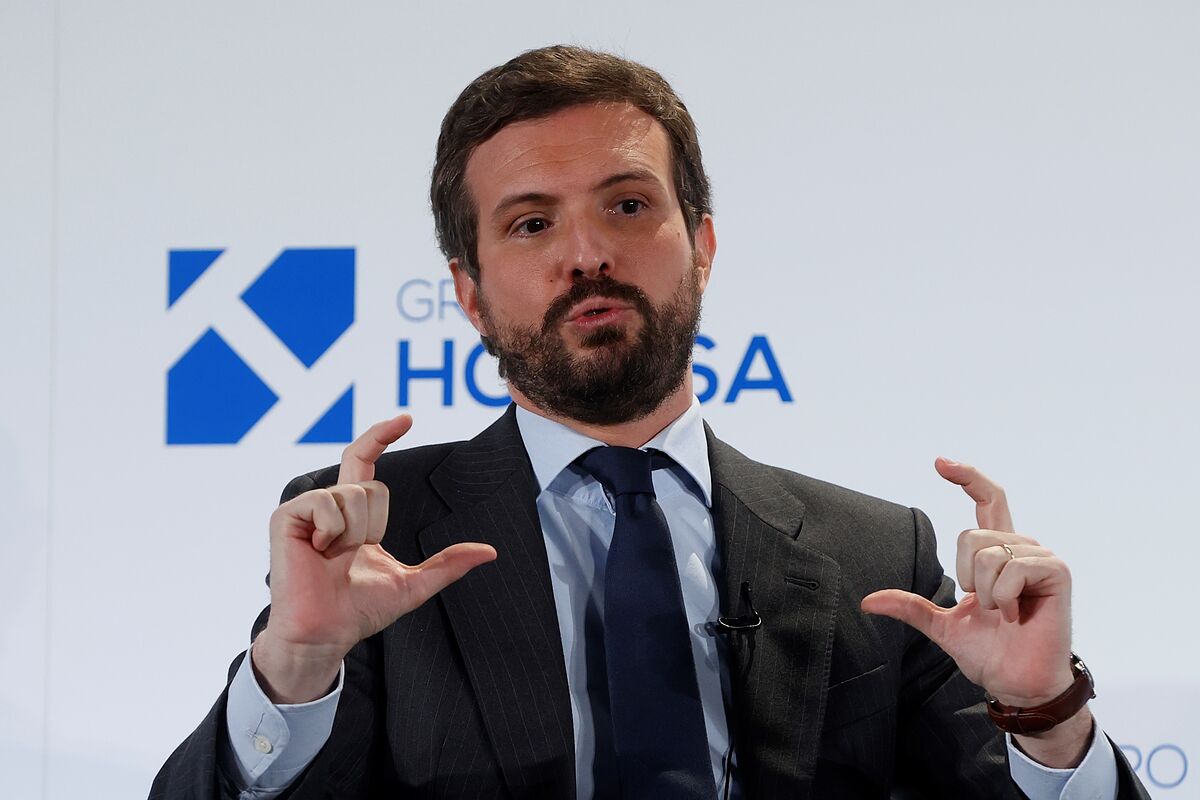 The PP increases the pressure on the

for the management of European funds. He challenges the 22 ministers to parade through Congress one by one to submit to the control of the opposition and explain how they are distributing the money and what the results are being, underline

sources , the alarming "lack of transparency" in the information and the "low execution" and "impact" on the real economy.

In the PP, concern has been triggered because it is considered that the administration of the funds is being "slow", "ineffective" and that "arbitrariness" is beginning to emerge. In fact, under the accusation of having made a distribution "by finger" and "partisan", the autonomies governed by the PP have gone on the offensive to demand official explanations from the Executive for some items, which in the case of the

It has been done directly by filing a complaint with the Supreme Court. It is a step that

Now the PP parliamentary group in Congress wants to force the Government to portray itself with its management.

He has submitted requests for all ministers to appear before a parliamentary committee and submit to direct oversight by the opposition so that each one is accountable.

The only member of the Government whom the PP has not claimed is Pedro Sánchez.

Thus, the Popular Group has submitted requests to summon the 21 ministers who distribute the money and also the only one who does not formally do so, the head of the Presidency, Félix Bolaños, but who from his position is in charge of "coordinating and guaranteeing the essential quality of the different normative initiatives linked» with the

The PP justifies those appearances in which the Government is acting with opacity and preventing control.

In the 22 applications, it is warned that there is a "lack of transparency" and that since August the details of European funds that "have really reached the self-employed and companies" have been "stopped being published."

At the same time, it emphasizes that "cases of discretionary allocation of funds that only favor autonomous communities governed by the PSOE or by parties that support the Government have also been known."

For these reasons, each minister is required to explain why so little money has actually been given.

But it is that, in addition, the PP has detected that in certain cases it has been directly due to "mismanagement", because due to administrative obstacles and deadlines there are aids that have remained unallocated up to 89% of all the money offered.

ones also demand that the ministers say what "distribution criteria" are being followed for the allocation of funds, as well as that they show "the reports that support the discretion" detected in some cases.

The PP argues that it corners the Government from all fronts to prevent cases of "corruption" from happening, according to Teodoro García Egea, "as with the ERE" of the Andalusian PSOE. Pablo Casado proposed to Sánchez the creation of an independent entity to control the funds, which the president rejected, just as the PSOE and United We Can later knocked down in Congress the creation of a parliamentary commission that would exercise that control and to which he would attend every month the Minister of Finance to share information in an exercise of maximum transparency.

Meanwhile, Sánchez once again criticized this behavior of the PP in relation to the funds yesterday and accused him of making them "a partisan issue."

In an appearance in Moncloa, together with the German Chancellor, Olaf Scholz, he asked the

to act with "responsibility" and "move away" the management of funds from a party approach, because it is a "country opportunity".

Asked about the possibility that Galicia also file a complaint with the Supreme Court, he called on all institutions to "put their shoulders together."

InterviewMarta Bosquet: "Unfortunately, it seems that the PP is valued more than Cs in the Andalusian Government"