The Burmese case continues to divide the Asean

This Tuesday, January 18, the Foreign Ministers of ASEAN should have met, in particular to discuss the Burmese political crisis. But Cambodia, which is at the head of the presidency... 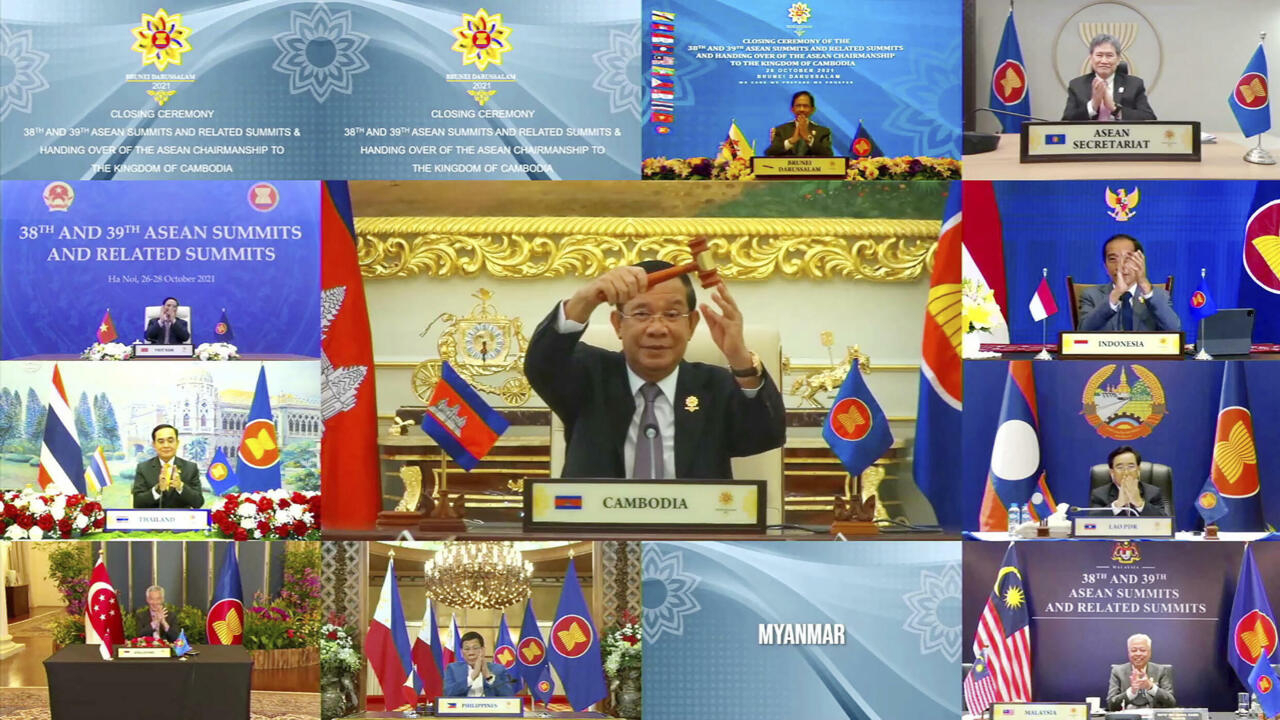 The Burmese case continues to divide the Asean

Cambodian Prime Minister Hun Sen during the ASEAN summit on October 28, 2021 in Brunei.

This Tuesday, January 18, the Foreign Ministers of ASEAN should have met, in particular to discuss the Burmese political crisis.

But Cambodia, which is at the head of the rotating presidency of this Southeast Asian organization, canceled the event, citing the impossibility of moving certain ministers because of the Covid.

At least that's the official reason.

With our correspondent in Kuala Lumpur,

For Malaysia's foreign minister, some questions are easier to answer than others.

We are then a week after the

, an interview considered by many to legitimize the Burmese military coup.

And when asked if he thinks this meeting accomplished anything, his answer

And Malaysia's position is still the same, he assures us: “

We continue to think that the junta should not be politically represented in ASEAN.

Unless real progress on his part sees the light of day.

But when asked why the physical meeting of ASEAN ministers did not turn into an online meeting as is often the case since the pandemic, a certain embarrassment is felt: "

Look, I'm not going to not be able to answer you on behalf of the Cambodian leader.

He told us that the meeting was canceled because many ministers could not come.

This is the reason he gave on WhatsApp to ASEAN ministers.

Among the Singaporean and Indonesian neighbors, the same opinion prevails: the Burmese junta cannot be invited.

A position that seems increasingly complex to impose as Cambodia will lead ASEAN for the year 2022.

But for some observers, the problem lies elsewhere because historically, isolation alone has never hampered the desires of the Burmese junta.