Sudan.. Street closures in Khartoum and calls for civil disobedience, and the European Union calls on the authorities to calm down

Protesters blocked main streets in the capital, Khartoum, today, Tuesday, amid calls for civil disobedience, while the European Union affirmed its support for democracy in Sudan, calling on the military authority to stop violence against demonstrators. 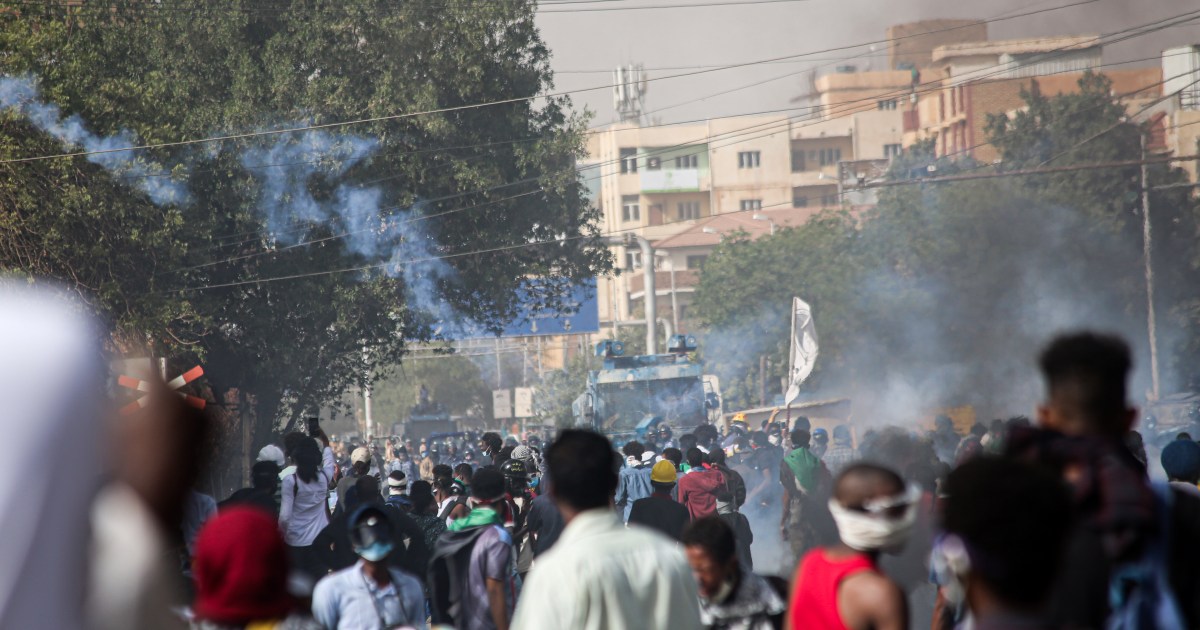 Protesters blocked main streets in the capital, Khartoum, today, Tuesday, amid calls for civil disobedience, while the European Union affirmed its support for democracy in Sudan, calling on the military authority to stop violence against demonstrators.

Pictures published by activists and eyewitnesses on social media platforms showed the closure of a number of main streets in Khartoum, in protest against the killing of demonstrators in the demonstrations yesterday (January 17 million) at the hands of the security forces.

Earlier, the Central Council of the Forces of Freedom and Change called for a comprehensive civil disobedience today and tomorrow, accusing what it described as the coup authority of committing "massacres against the defenseless people who came out asking for their freedom and dignity, and were met with bullets of bullets, anti-aircraft guns and all forms of violence."

The calls to escalate protests and civil disobedience came after the Central Committee of Sudan Doctors stated that 7 people were killed and about 100 wounded during the police dispersal of a demonstration in the vicinity of the presidential palace in Khartoum yesterday.

A statement by the Security and Defense Council headed by the President of the Sovereign Council, Commander-in-Chief of the Army, Abdel Fattah Al-Burhan, said that the council ordered an investigation into what he described as the violent and non-violent events that accompanied the demonstrations, and to hold those involved accountable in accordance with the emergency law and the criminal law.

The European Union said, "Our call to the military authority in Sudan to stop violence against peaceful demonstrators has not been answered... We support the Sudanese people to achieve their democratic aspirations and we will support them with all our capabilities."

The European Union called on the Sudanese military authorities to increase their efforts to reduce tension and avoid bloodshed.

The European Union considered that violence against demonstrators and the detention of journalists is driving Sudan from the path of stability, and that the democracy that the military authorities claim to establish cannot be achieved without freedom of expression, he said.

The European Union also accused the Sudanese military authorities of restricting freedom of expression since the coup, explaining that they had withdrawn the license of Al Jazeera Mubasher.

Yesterday, both the United States and Britain had condemned the violence that accompanied the protests and resulted in deaths.

Washington announced today the appointment of Ambassador Lucy Tamlin as Chargé d'Affairs at its embassy in Khartoum, to succeed Brian Shawkan.

US Secretary of State Anthony Blinken said that Tamlin's appointment comes at a time when Sudan is witnessing a critical juncture in its democratic transition.

On the other hand, the Saudi Ministry of Foreign Affairs said that representatives from Saudi Arabia, the UAE, the United States and the United Kingdom affirmed their commitment to continue joint efforts to achieve lasting stability in Sudan.

She added that the meeting held in Riyadh yesterday emphasized the continuation of implementing the reform agenda and providing support to Sudan and the United Nations Mission.

The meeting of the Quartet (the Kingdom, the Emirates, America and Britain) pic.twitter.com/4u1qjfTn6S