So-called space anemia has been reported previously when astronauts returned to Earth after a space trip, but it has not been known why. Now the results of a study conducted by mainly Dr. Guy Trudel, professor at the University of Ottawa in the USA, the answer - when staying in space, more blood cells are destroyed. 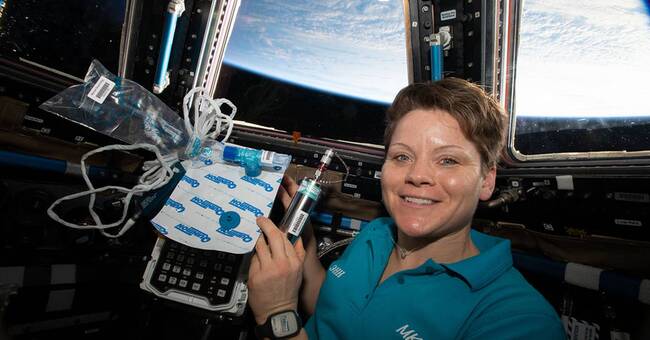 Previously, space anemia (anemia during space travel) was considered a rapid adaptation to the fact that liquids move to the astronaut's upper body when they first arrive in space.

This is because astronauts lose ten percent of the fluid in their blood vessels during the shift.

Researchers thus believed that astronauts destroyed ten percent of red blood cells to restore balance, and that the amount of blood cells was back to normal after ten days in space, but this is not the case.

Dr. Trudel's team has now found that the loss of red blood cells is a primary effect of staying in space, not just the fluid shift.

This is done by measuring the destruction of red blood cells in 14 astronauts during their six-month space mission.

Destroy more than half as many

The researchers found that astronauts destroyed 54 percent more red blood cells during the six months they were in space, or three million every second.

These results were the same for both female and male astronauts.

In the study, five of the 13 astronauts were clinically anemic when they landed (one of the 14 astronauts did not have a blood test on landing and probably also had anemia).

The researchers noticed that space-related anemia was reversible, with levels of red blood cells gradually returning to normal three to four months after the astronauts returned to Earth.

Although the team did not measure the production of red blood cells in the samples in real time, it could be assumed that the astronauts generated extra red blood cells to compensate for the cells they destroyed.

Otherwise, they would experience severe anemia, and had major health problems in space.

The team repeated the same measurements a year after the astronauts returned to Earth and found that the destruction of red blood cells was still 30 percent above the levels documented before the space trip.

These results suggest that structural changes may have occurred in the astronauts when they were in space, which changed the control of red blood cells for up to a year after prolonged space missions.

The discovery first supports the study of astronauts or space tourists for existing blood or health conditions affected by anemia.

Second, through a study, Dr. Trudel's team found that the longer the space mission, the worse the anemia, which can affect long missions to the moon and Mars.

And finally, the important fact that it is unclear how long the body can maintain this higher rate of destruction and production of red blood cells.

See how space travel affects the body in other ways below.

Researcher Henrik Zetterberg and colleagues have come to the conclusion that longer stays in space have an effect on the brain.

Left in the picture: astronauts Christina Koch and Jessica Meir.