Record increase in diesel prices hits hauliers hard: "We can not afford to drive"

The last year's record increases in diesel prices have hit many hauliers hard. Glanshammar's haulage company is one of them. - I work 80 hours a week to make it go around, says co-owner Morgan Jacobsson. 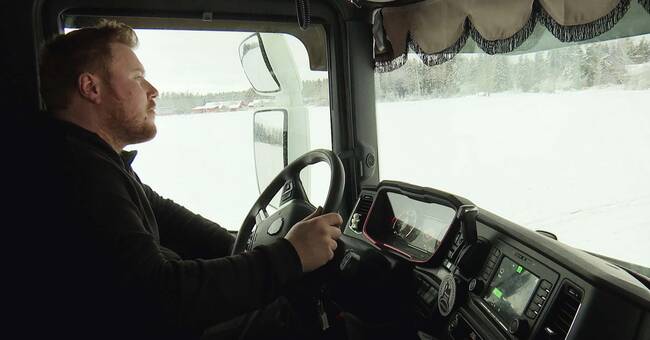 Most of their assignments are bound by contracts that extend over several months or years.

Therefore, they can not raise their prices at the same rate as the cost of fuel increases.

The fact that prices are now rising so sharply is largely due to diesel vehicles becoming more environmentally friendly.

This is happening through a gradual increase in biofuels in diesel.

Since August last year, the mixture of biofuels has increased from 21 to 30.5 percent.

And the mix of biofuels will continue to increase until the year 2030. Then all diesel sold in Sweden must contain at least 66 percent biofuels.

- The increases cost us around SEK 40,000 a week, says Morgan Jacobsson, co-owner of Glanshammars Åkeri.

Hear him tell more about the price increases and what consequences it has in the feature.