NBA: "We are currently seeing the best Rudy Gobert", assures the pivot of Jazz

"We are currently seeing the best Rudy Gobert who has ever been", confides to AFP the French pivot, author of his best NBA season with the Jazz, of which he is asserting himself more and more as a leader. 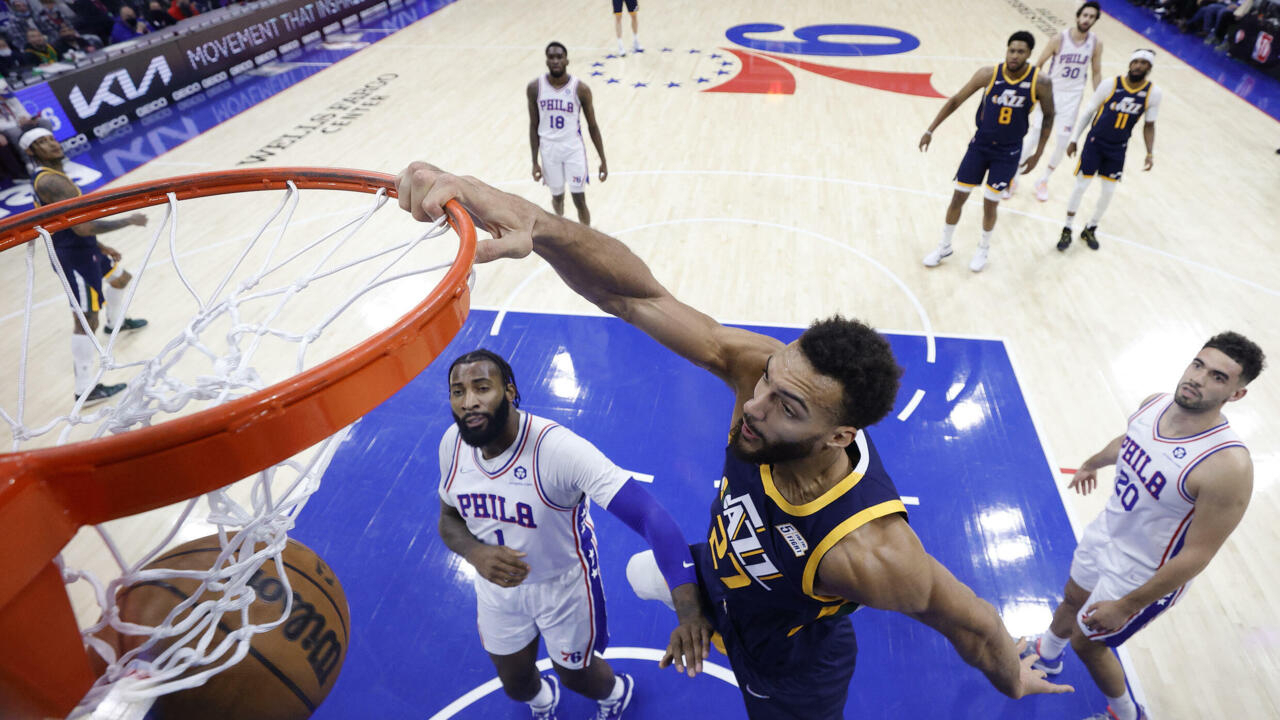 QUESTION: How do you judge the first part of the Jazz season?

ANSWER: "We are making a good start to the championship (4th in the West). The goal is to use the regular season to really progress and arrive armed in the play-offs, if possible in the best possible shape."

Q: Has the team progressed in your opinion?

A: "I have the impression that we have gained in maturity, I think that offensively we have turned a corner. The ball circulates better... It is a question of repeating these good habits as often as possible. After ", defensively, there were periods when we were a little less good. We have to understand that this effort must be collective. It will make us a better team, because behind we know that we will score whatever he is coming."

Q: You have also called on your teammates to sacrifice themselves more in defense.

Do you feel more and more like a leader?

A: "I try to do everything in my power to help this team be the best it can be. When you see the talent there is, telling me that we are not exploiting the maximum of our potential is a regret. So I try to motivate everyone and above all to lead by example."

Q: Doesn't having the three-time best defenseman in the NBA in their ranks subconsciously allow your teammates to believe that you can do this job on your own?

A: "It's human to think that, yes. When you have a lot of talent, it happens that you slack off thinking that this talent is enough. But it's good to burn your fingers a little. Defend hard, helping each other, it has to become something natural."

Q: You missed five games due to Covid and Utah faltered badly.

Many have realized your importance...

A: "Yes. It's when I'm not on the pitch that you see what I bring to the team, more than when I play! (laughs). It's a shame, but my absence will have been a blessing in disguise from this point of view. It will also have allowed young players to gain minutes, to learn, to express themselves. These difficult moments will serve us in the long term."

A: "Yes, that's also my impression. I think that we are currently seeing the best Rudy Gobert who has ever been. I have reached a milestone and it is the result of technical, physical and mental work, without stopping. But I still have a huge margin for improvement."

Q: You are also used more in attack...

A: "The Olympic Games (where he won the silver medal with the Blues, editor's note) helped in this sense, as much as my daily work. I feel that my teammates are looking for me more and more and I have to justify this confidence that they have in me. We understood how dominant I can be, not only by my presence alone but also with the ball in my hands. And I know that I can bring a lot more. It's quite exciting for me. "

Q: You are at the top of the ranking of the best rebounders.

Is this a goal, in addition to a 4th title of best defender?

A: "Not really. The statistics give a clearer idea of ​​what we do on the pitch, but there is everything I do that cannot necessarily be seen. Communication, screens to give more shots open to my teammates, deterrence, too, against opposing attackers. Some of them tell me, there is only one player in the league who sometimes forces them to change the way they play offensively. also pushes me to anticipate what they are going to try to do and I feel that I have progressed in this approach as well. I have managed to get out of my comfort zone, I feel comfortable defending in n any position."

Q: All of this seems to be leading up to a 3rd straight All-Star Game selection on Feb. 20, right?

A: "I hope! It would be an honor to return there, to represent France among the best players in the world."